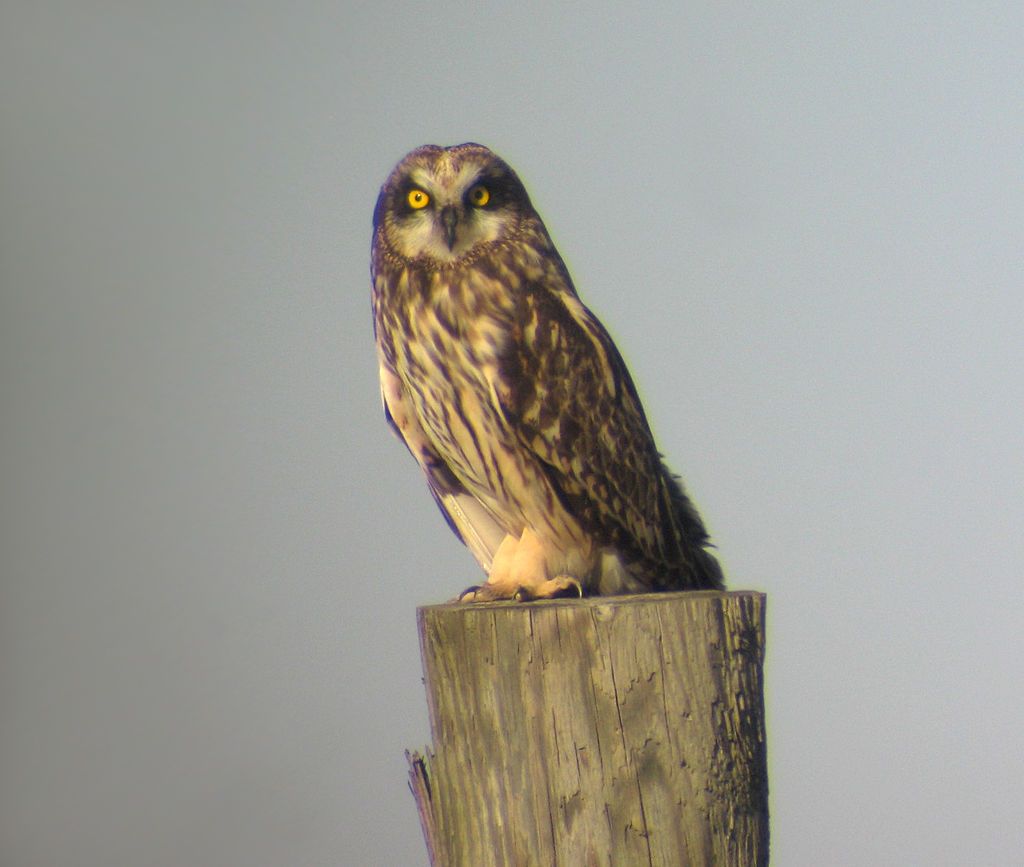 We present to you information on one of the rarest owls present on the planet, the fearful owl (Nesasio solomonensis). With just around 1000 individuals present on the globe, this owl has been categorized as Vulnerable species by the International Union for Conservation of Nature or the IUCN Red List.

This bird is endemic to the Solomon Islands and Papua New Guinea, and its habitat consists of forests and woodlands. This is a medium-sized owl that is brown in color with blackish streaks in its underparts. Like all other owls, this is a carnivorous animal and thus feeds on small animals like possums and small birds. The call of this owl is different from the normal hooting of other owls. These owls have a unique call based on a single elongated note. Keep reading to know more such interesting facts!

What type of animal is a fearful owl?

As evident from its name itself, the fearful owl (Nesasio solomonensis) is a type of owl belonging to the Strigidae family. Two other interesting owls are the tawny owl and the northern spotted owl.

What class of animal does a fearful owl belong to?

Similar to all other birds of the globe, the fearful owl (Nesasio solomonensis) too belongs to the category of Aves of the Animalia Kingdom.

How many fearful owls are there in the world?

The fearful owls are very rare birds, and as a result, their population is very limited to the Solomon Islands and Papua New Guinea. The International Union for Conservation of Nature or the IUCN Red List has placed these bird species under the category of Vulnerable. With the population trend steadily on the decline, it is estimated that around 1000 mature individuals are present currently on the planet.

Where does a fearful owl live?

The fearful owl (Nesasio solomonensis) is an endemic animal to Papua New Guinea's Bougainville island along with Santa Isabel island and Choiseul island of the Solomon Islands.

What is a fearful owl's habitat?

The endemic fearful owl (Nesasio solomonensis) has a variety of landforms in its habitat. These owls can live in hilly forests, both primary and secondary forests edge, and in woodlands and lowlands. These birds tend to stay at a higher altitude and thus can be found at least 6562 ft or around 2000 m above sea level.

Who do fearful owls live with?

Due to very limited data and information about these medium-sized bird species, little is known about their social population and behavior. However, in general, owls are solitary animals and can only be seen with other owls during the breeding season.

How long does a fearful owl live?

Not much is really known about the lifespan of the fearful owl (Nesasio solomonensis) that inhabits the Solomon Islands, as well as Bougainville island of Papua New Guinea. Generally, owls tend to have a larger lifespan in comparison to other birds and thus can live for around 25 years. Larger owls are known to live longer than smaller owls. Since the fearful owl is a medium-sized owl, its lifespan is estimated to be around the average.

The information regarding the reproductive process of these medium-sized owls is not available. In Santa Isabel and other islands like the Solomon Islands, Papua New Guinea, the vocalizations of these species suggest the commencement of the breeding season. It is assumed that the breeding season takes place during the months of June to September. These owl species build nests in trees or curvatures on the trunks of trees located on a forest edge.

The fearful owl (Nesasio solomonensis), which is endemic to the Solomon Islands and Papua New Guinea, has been listed as a Vulnerable species by the International Union for Conservation of Nature or the IUCN Red List. A wide number of factors are responsible for this bird to attain the status of Vulnerable species due to human activities like the destruction of habitat and climate change. The population trend of this bird, which has a rufous facial feature with brown and deep ochre underparts accompanied with streaks that is blackish in color, is thought to be steadily on the decline.

These medium-sized birds are usually brown in color with a shade of deep ochre. Armed with sharp talons and powerful beaks, these birds are dangerous hunters. The upper parts of the body are brown while the underparts are deep ocher, white with blackish streaks. These birds have white eyebrows along with feathery legs.

Bird lovers are bound to find this owl that has rufous facial features along with brown and deep ochre underparts with blackish streaks to be extremely adorable.

The fearful owl call is quite rare. The call is usually ghastly in nature and is an elongation of one single drawn note. The baby owls have a different call from their parents. Their call is loud and is usually a food begging call.

How big is a fearful owl?

These are medium-sized owls, and they are around 15 in or 38 cm in length. In comparison with the red owl (10.33 in or 26 cm), we can say that the former is slightly larger in size.

How fast can a fearful owl fly?

Owing to very limited research and information available, very little is known about the flying of this owl species that inhabit the Solomon Islands. It is assumed that these birds probably lead a sedentary life. In general, owls are fast fliers and thus can often reach speeds of 40 mph (64.4 kph).

How much does a fearful owl weigh?

These owls have a weight of around 2.5 lb or 1155 g, with the females being slightly larger than the males.

What would you call a baby fearful owl?

Babies of birds are usually known by their generic term chick. A baby fearful owl would be a fearful owl chick or an owlet.

These carnivorous owls feed on possums, phalangers, and other small and medium-sized birds.

There is no evidence that suggests whether this owl is dangerous or not.

It would be a bad idea to keep these animals as pets. These are wild animals and inhabit either hilly areas or a forest edge and are endemic to the Solomon Islands. Moreover, these species are classified under the Vulnerable category, and thus proper protection should be undertaken to protect these species.

Owing to their unique appearance, the fearful owl (Nesasio solomonensis) are often confused with the Solomon Hawk owl and the laughing owl.

The call is quite uncommon with respect to other owl calls. It consists of a single elongated note.

Why are they called fearful owls?

Unfortunately, there are no credible reasons behind calling them fearful owls.