15 Amaze-wing Facts About The Hooded Vulture For Kids 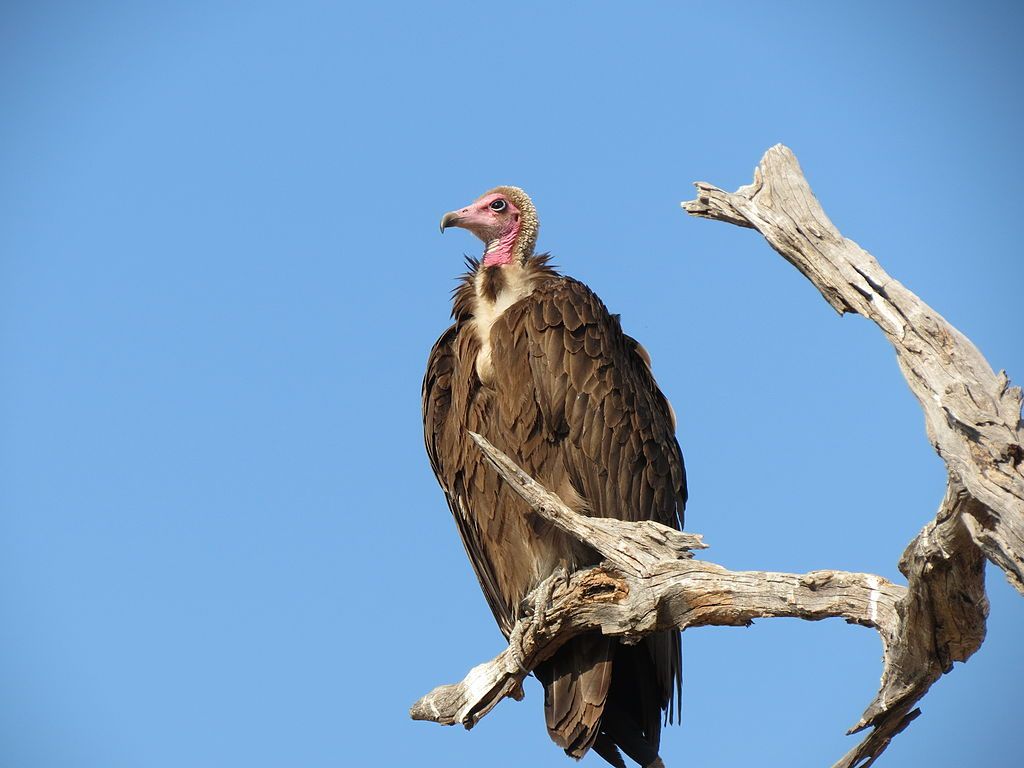 Hooded vultures are one of the smallest old-world vultures species. They have a distribution range across the west, south, and eastern African provinces. They are brown feathered birds who have a gray-black hood on their shoulder and the back of their neck. The head is bald, and the face is light pink in color. The beak is also pink but has a black ending. The beak is big and strong enough to tear carrion. Their breeding season depends on their habitat region. They lay eggs during or just after the rainy season. They give birth to a single chick which both the parents look after. Parents (mainly male) fetch food and take it to the nest for their young. They are considered Critically Endangered because of their steady downfall in population. For conservation, they have been kept in protected areas and are getting provided all sorts of care.

This was just a small introduction. Ahead in the article, there are lots of interesting and funny facts about this bird waiting for you. So keep reading!

What type of animal is a hooded vulture?

Hooded vultures are old birds of the world who feed on carrion live in the south, east and west provinces of Africa.

What class of animal does a hooded vulture belong to?

How many hooded vultures are there in the world?

There are around 150k hooded vultures present in the wild. But they are considered a critically endangered species by IUNC red list. Their population count is sharply falling due to a lot of threats.

Where does a hooded vulture live?

Hooded vulture (Necrosyrtes monachus) birds live mainly in the sub-Saharan region in Africa. This bird species can be seen in dry areas like tropical Savannahs and dry shrublands.

What is a hooded vulture's habitat?

Hooded vulture (Necrosyrtes monachus) species is endemic across the south, east, and west Africa and the sub-Saharan region. In west Africa, they can be seen in Senegal, Mauritania, Guinea Bissau, The Gambia, Niger, and Nigeria. In east Africa, they happen in Chad, Sudan, Ethiopia, and Somalia. And in southern Africa, they are present in northern Namibia, Botswana, Zimbabwe, Mozambique, and South Africa.

Who do hood vultures live with?

Hooded vulture (Necrosyrtes monachus) birds display social behavior and can be seen in flocks. They can usually be seen perching in groups.

How long does a hooded vulture live?

Hooded vultures are somewhat long-lived birds who live for around 20-25 years in their natural habitat in the wild. However, if kept in care, they can live up to 30 years also.

Vulture species rarely build nests. They tend to lay their eggs on flat ground or on high cliffs. But adult hooded vultures are a bit different. They build nests and use them for year around. These vulture bird species are monogamous in nature and form strong bonds. They formed bonds that are so strong that their pairs often last for a lifetime. Breeding season in these vultures varies from place to place, but they lay their eggs during the regional rainy season or just after its end. They lay their eggs during or just after the rainy season so that they have an abundance of food for themselves and their young ones. After breeding, a female hooded vulture lay a clutch size of one egg in their nest. This egg goes through an incubation period of 48-55 days, and then the young bird comes out. The chick born is devoid of feathers and are usually blind. When born, young vultures happen to be very weak and require constant attention from their parents. Both parents look after their chick (the female bird look after the chick while the male fetches food). It takes several months for the juvenile to grow their plumage and fledge away.

According to IUCN red list, these old-world vultures species, namely hooded vultures, fall under the conservation status of Critically Endangered. They have an estimated population of around 150k in the wild, but their population count is decreasing by leaps and bounds.

Hooded vultures are inhabitants of sub-Saharan Africa, and recently their population is rapidly going down. They are considered as one of the smallest old-world vultures. Their body is evenly covered in a dark brown plumage. They have a large body with a narrow neck and a small head. The body is covered in brown long feathers, which seems elegant, but the under part of the neck and the face are featherless. 'Hooded vultures', as the name suggests, have a gray-black hood-like structure on the back of their neck. The skin on their face is pinkish-white, which turns red when they get angry. They have a big and strong bill for tearing dead animal's carrion. The bill is pink in color, and the tip portion is black in color. They have huge wings for high in the sky. They have a small tail which is smaller than the wings. Both the exterior and the interior of the wings are brown and dark looking with dark streaks. They have strong legs which are grayish in color. Their legs are strong and enable them to run, but they can't use them for hunting as eagles and hawks do. Their body length is around 24–28 in (61–71.1 cm) with a wingspan of 61–70.9 in (155–180 cm). Their weight can be between 3.3–5.7 lb (1.5–2.6 kg).

Vultures are nowhere near the word cute. They are weird-looking birds in the family Accipitridae.

How big is a hooded vulture?

How fast can a hooded vulture fly?

There is no exact information available on how fast a hooded vulture can fly.

How much does a hooded vulture weigh?

There are no specific names assigned to the male and female hooded vultures species. Both sexes are similar-looking, but it is seen that females have longer eyelashes.

What would you call a baby hooded vulture?

Like any baby bird, a baby hooded vulture is also called a chick.

Hooded vultures, like any other vultures, are mainly scavengers in nature that feed on animal carcasses. They have beaks for tearing dead animal's carrion and consuming them. They also eat insects and their larvae.

Yes, they are. They have enough courage to attack humans. They can possess aggressive behavior and at that time, it's better not to go near them. They are surely dangerous for small animals.

No, vultures are pure wild bird species that can't be kept as pets. And now they are marked as critically endangered, so keeping them as pets will trigger legal action.

The population count of hooded vultures is decreasing day by day. There are various reasons behind this. The most common of these reasons is hunting. They are being hunted for both spiritual and consumption purposes. Other reasons for them being endangered are poisoning and habitat destruction.

The harpy eagle is considered one of the strongest birds of prey.

The cinereous vulture (Aegypius monachus) is considered the largest vulture species on Earth.

Here at Kidadl, we have carefully created lots of interesting family-friendly animal facts for everyone to discover! For more relatable content, check out these flamingo facts and birds of paradise facts pages.

You can even occupy yourself at home by coloring in one of our free printable vulture coloring pages.