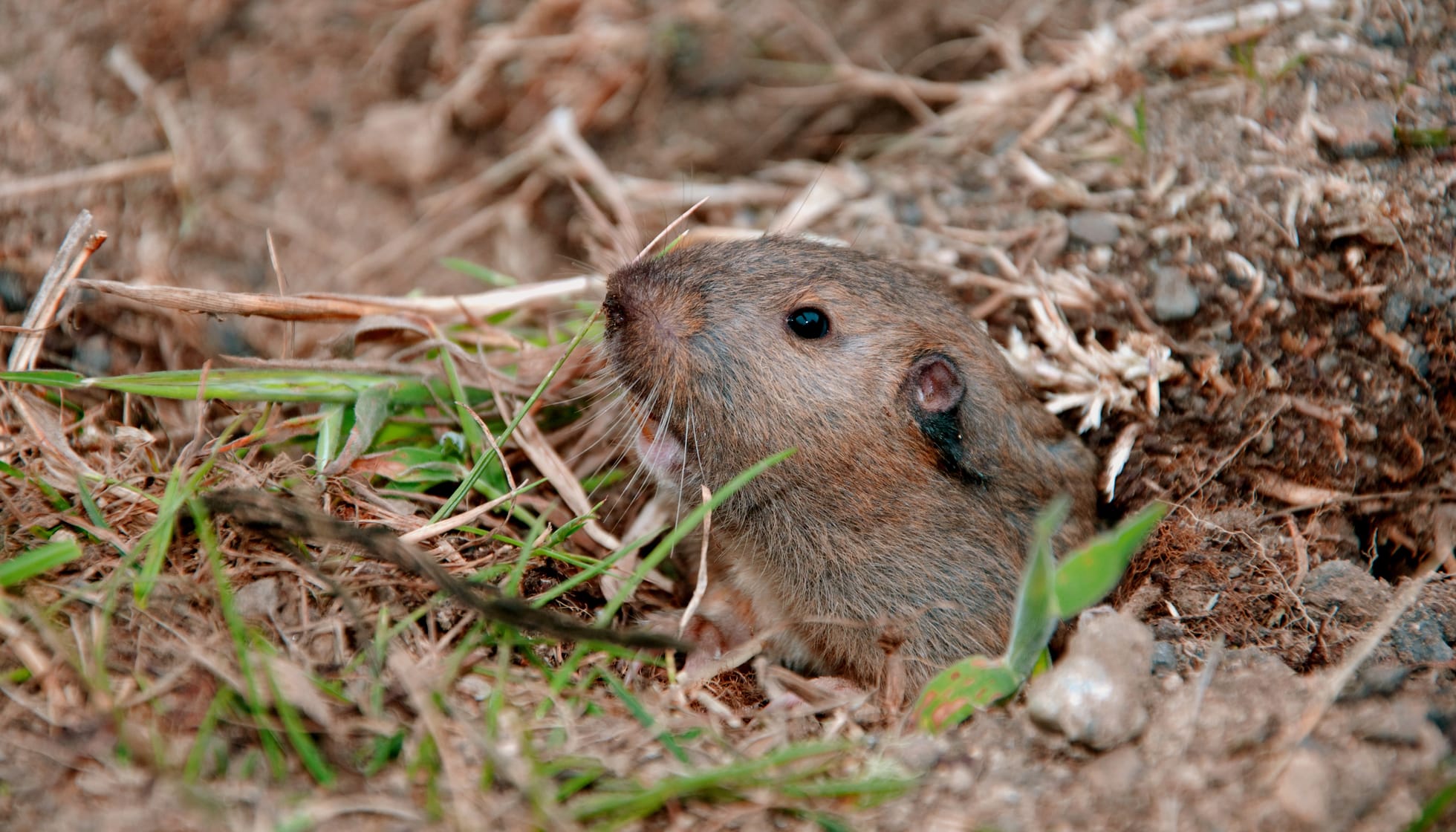 Did you know that many animals choose to live in underground burrows rather than outside? One such group of animals are the pocket gophers who belong to the family Geomyidae. There are six genera with 35 different species of pocket gophers. This animal group is endemic to different areas of North America and Central America. The only interaction that this animal may have with humans is through the mounds or pocket gopher holes left behind as it creates a burrow. This animal mainly feeds on tubers and roots of plants. The strong and long front teeth of a gopher allows it to burrow in the soil as well as to eat even the toughest of plants. As humans often consider this animal to be a pest, mounds are hunted to get rid of them which has led to a decline in their population.

Do you mean to learn more interesting pocket gopher facts? Keep on reading to find out more about them.  Also, check out our articles on southern short-tailed shrew and Syrian hamster for interesting facts about these animals.

What type of animal is a pocket gopher?

Pocket gophers are a type of burrowing rodent.

What class of animal does a pocket gopher belong to?

Pocket Gophers belong to the class Mammalia and to the family Geomyidae.

How many pocket gophers are there in the world?

Pocket gophers are a group of 35 species. The population does differ between various species that are a part of the family. Most gopher species are extensively found in their native places, but there are some exceptions, like the Michoacan pocket gopher that is listed as Endangered in the International Union for Conservation of Nature Red List. There is no exact estimate of the number of gophers present worldwide.

Where does a pocket gopher live?

Pocket gophers are endemic to North and Central America.

What is a pocket gopher's habitat?

Pocket gophers spend most of their time underground however, they generally prefer habitats like deserts, farmlands, golf courses, and riparian (coastal) areas. Pocket gophers belonging to the Geomys genera are especially known for being fossorial as they live in elaborate burrows. Gophers prefer these places as they can be easily burrowed into. The elaborate burrows of a pocket gopher can measure anywhere around 200-2,000 sq ft (18-185 sq m).

Who do pocket gophers live with?

Pocket gophers are solitary animals and they prefer to live alone. However, female pocket gophers will share their burrow space with young gophers. It has also been noted that there are times when gophers may share their tunnel space with other species who live in tunnels.

How long does a pocket gopher live?

The average lifespan of a pocket gopher is around three to five years.

It is important to know more about the appearance of a gopher to understand the animal and its way of life. You should remember that there are 35 species of pocket gophers, so the size of a pocket gopher will differ according to its classification. A pocket gopher is usually classified as being small-medium-sized. Most pocket gophers do look alike because of their small eyes and ears. Even though their eyes are tiny, these animals aren't blind.

Pocket gophers have a short brown coat all over its body. The dusty and earthy color of its coat helps them to easily camouflage with their surroundings. It is also hard to find a pocket gopher even in its burrows and tunnels. Gophers are found with cheek pouches that give the animal its iconic name. Pocket gophers have strong limbs, especially their front limbs that help them when digging burrows and tunnels. These animals also have a small, sparsely haired tail that is quite sensitive.

Pocket gophers aren't usually deemed as cute and they are usually given the title of being one of the hardest pests to control. However, if you have a look at the big front teeth of gophers along with their small eyes and ears you are bound to find the animal cute.

How big is a pocket gopher?

How fast can a pocket gopher run?

No conclusive data can be found about the running speed of pocket gophers. However, these animals are great at digging and burrowing. Pocket gophers may only take an hour to dig an underground tunnel of 3-5 ft (0.9-1.5m), depending on the conditions of the soil.

How much does a pocket gopher weigh?

What would you call a baby pocket gopher?

A baby pocket gopher is called a 'pup'.

A pocket gopher diet is herbivorous in nature, and the animals mainly sustain themselves on plants. The nature of things that pocket gophers eat has given rise to conflict between these rodents and human beings. Pocket Gophers can end up rampaging and digging through gardens destroying several plants. All the species of this group are also fond of munching on tuber roots or root vegetables as part of their diet. Pocket gophers use their cheek pouches or pockets for initial food storage and take it back to their burrow tunnels. These animals also have feeding sections in the tunnel-shaped burrows for effective food storage. Gophers are active throughout the day.

You will seldom come across pocket gophers as these animals are most often in their elaborate underground burrow tunnels. However, if you happen to catch one in your garden, handle it with care as a sudden meeting can make it aggressive and you can end up with a bad bite. If you are struggling with pests, try using pocket gopher trapping to catch it. To trap them, you will need to find fresh mounds and place a rodent trap on its top and cover it with soil. Gophers will fall for the pocket gopher trap while trying to access the burrow.

There is an internet protocol by the name of 'Gopher protocol' that was created in Minnesota and named after pocket gophers.

What physical characteristics are adaptations for a pocket gopher?

The flattened and elongated pocket gopher skull allows it to squeeze through burrows and tunnels quite efficiently. Their long front teeth also allow the animal to feed on plants as quickly as possible. Another important thing is their fur-lined cheek pouches or pockets that allow the animal to carry food to their tunnels quite effectively. As a part of the family Geomyidae, the front limbs and claws of a pocket gopher allow them to dig through soil. The sensitive whiskers of a pocket gopher also allow it to learn more about its environment.

How did the pocket gopher get its name?

Pocket gophers got their name from the pockets or large fur-lined cheek pouches present in the rodents. The origin of the word 'gopher' is still uncertain, but some suggest that it has been lent from the French word 'gaufre', which stands for 'waffle'. They think it may represent the honeycomb-like or waffle-like pattern of a gopher's tunnels.

Here at Kidadl, we have carefully created lots of interesting family-friendly animal facts for everyone to discover! Learn more about some other mammals including dormouse, or Roborovski dwarf hamster.

You can even occupy yourself at home by drawing one on our Pocket gopher coloring pages.