100 Prince Names That Are Royally Good 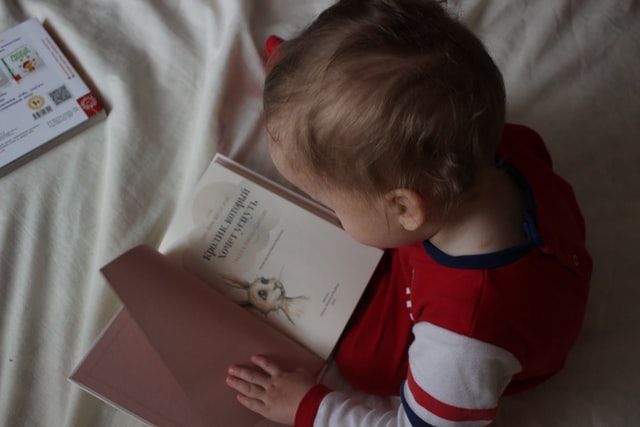 Picking royal names for your newborn baby is a princely idea.

Blue-blood lineage is much coveted, and it is no surprise many parents turn to royal names when naming their child. Royal families are stylish and live a life of opulence that many people crave for their children.

Royal names are usually passed down by ancestry and are connected to the royal lineage. We have compiled a list of fantastic and popular baby names taken from royalty. We hope that this helps you find the perfect name for your little Prince.

For more royal name ideas, take a look at these names that mean queen and these royal baby names.

The royal name of a Prince is often a family name. Below is a royal-rich list of names that are commonly chosen for baby boys across the world.

1. Alexander (Greek origin) meaning "conqueror".  The most famous conqueror of all time.

2. Andrew (Greek origin) meaning "manly". The name of a Hungarian King and a famous British monarch.

5. Arthur (Irish origin) meaning "noble".  It is one of the baby names, associated with King Arthur.

9. Christian (Biblical origin) meaning "followers of Christ". It was in the list of popular royal baby names.

11. Edward (English origin) meaning " wealthy guardian".  One of the most commonly used royal names, eight English Kings had this name.

15. George (Greek origin) meaning "farmer".  British royals like this name and six Kings are named so in their history.

18. Loius XIV (French origin) meaning "warrior". He was responsible for taking France ahead of all the European nations.

19. Michael (Hebrew origin ) meaning "who is like God". This name was taken by royals like Russia, Romania, Portugal, and Poland.

20. Muhammad (Arabic origin) meaning "praised". This name was popular with many royal families from the Ottoman Empire and African royals.

22. Philip (Greek origin) meaning "lovers of the horses".  Kings of France, Spain, and Macedon had this name. Prince Philip is the grandfather of Prince William.

23. Richard (Old Germanic origin) meaning "brave ruler".  King Richard I of England was called a lion-heart due to his brave acts.

In the past, many royal members have earned praise in history and had their names printed in the pages of history books. Below are some of the names of the most acclaimed Princes who changed the world.

26. Aeneas (German origin) meaning "praised". He was a Trojan hero in ancient Roman mythology and an ideal royal baby name for your son.

27. Ahmed (Arabian origin) meaning "most praised". It is a fictional Prince who owned a magical mat.

28. Akbar (Arabic origin)  meaning "great".  Jalaluddin Mohammad Akbar was his full name and was from the Mughal dynasty (son of Humayun).

32. Chandragupta Maurya (Jainism origin) meaning "protected by the moon". He was the founder of the powerful Mauryan Empire in ancient India.

33. Charles (German origin) meaning "free man". Prince Charles of Wales was one of the most talked about royals of Great Britain.

35. Cyrus II (Persian origin) meaning "sun". He was the ruler of Persia.

37. Emmanuel (Hebrew origin)  meaning "God is with us". It is a very popular princely name mentioned in the Bible.

41. Humayun (Persian origin) meaning "blessed". Humayan was the son of Babur and the Emperor of the Mughal Empire.

42. James (Hebrew origin) meaning "supplanter". He was the first King who ruled both England and Scotland.

43. Meiji (Japanese origin) meaning "enlightened". He was the first to transform modern Japan and took it to the status of a superpower.

44. Nicholas (Greek origin) meaning "victory of the people". The last Tsar of Russia had this name.

47. Victor (Latin origin) meaning  "conqueror". He was the last King of Italy after which monarchy ended in Italy.

Princes are often the stuff of fantasy or fairy tales. We have compiled a magical list of fictional Prince names for you.

48. Adam  (Hebrew origin) meaning "earth". It is a character of the Prince who became He-man at the time of need mentioned in the book 'Masters of the Universe'.

50. Aragon (Spanish origin) meaning "people of Aragon". He is the fictional character of the Prince in English folklore.

51. Arsalan (Arabic origin) meaning "lion". He is a Princely character in 'The Heroic Legend Of Arsalan'.

52. Baudouin (French origin) meaning "bold". He was the father of Great Alexander.

53. Corin (Latin origin) meaning "spear". Corin is a character who is a fierce fighter and a faithful friend.

54. Cosmio (Italian origin) meaning "decency". In a tragic story penned by Cornelia Funke, 'Inkheart Trilogy', Cosmio is the name of a Prince.

55. Dolph (German origin) referring to the clipped form of the word Randolph.

56. Eadric (English origin) meaning "wealthy". The fictional Prince is mentioned in 'The Frog And Princess' by E. D. Becker.

57. Erin (Irish origin) meaning "Ireland".  He was a Prince in a fairytale penned by Jeremiah Curtin.

58. Ferdinand (German origin) meaning "bold voyager". The name is one of many noble names inspired by a Portuguese voyager.

61. Hilarion (Greek origin)  meaning "happy". He was described as the Prince of Isle in 'Knot Gneiss'.

64. Malcolm (Scottish origin) meaning "devotee of Saint Columba". A Prince in 'Macbeth', a play by Shakespeare.

65. Othello (Hebrew origin) meaning "having the sound of God". The protagonist in the play 'Othello' who lived in Venice.

67. Prigio (Italian origin) meaning "worth". A character in the comic fairy tale by Gordon Brownie.

70. Ruslan (Turkish origin) meaning "lion". He was a knight in the fairy tale penned by Alexander Pushkin.

71. Saphir (Hebrew origin) meaning "sapphire". The Prince has been described as a villainous, brave character in the animated series 'Sailor Moon'.

Many names carry the meaning of royal. Below are listed male names which have royal connotations.

77. Balthazar (Arabic origin) meaning "protecting the King". Balthazar was a Magi who came to Jesus Christ.

83. Kunwar (Indian origin)  referring to a title to the princely Indian groups, the Rajputs.

87. Shahzad (Persian origin) meaning "son of a King". The name is widely used in the Muslim community.

There are many unusual royal names that are related to greatness.

94. Kublai Khan (Mongolian origin) meaning "strong". He was the first King of the Yuan Empire of China.

Kidadl has plenty more baby names articles to inspire you. If you liked our suggestions for Prince names then why not take a look at names that mean King or for something different fairy tale names.

Find The Best Pub With A Play Area Near You
Ellie Sylvester
No items found.