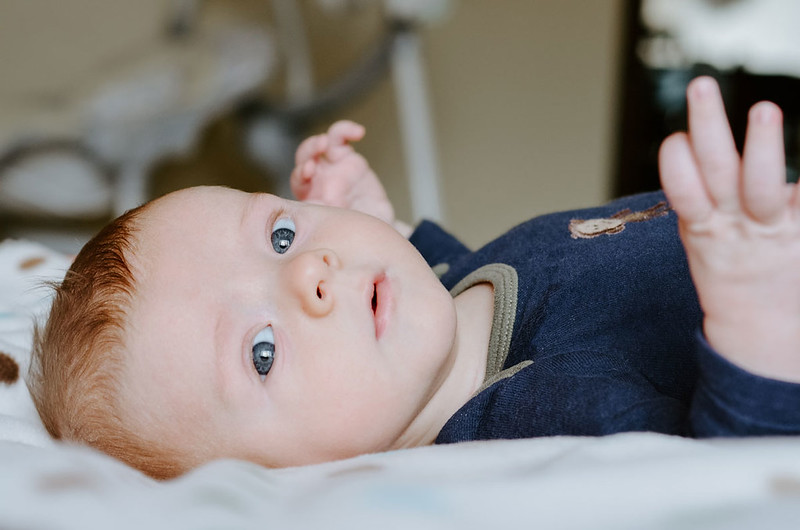 Ancient Rome has always been considered as the height of literacy and art, which shows in their dramatic and meaningful names.

Roman male names have been popular since Italian has been considered to be one of the most romantic languages in the world. Roman names have a sense of grace and elegance associated with them, which suits girls and boys both.

Here is a list of some ancient names that you can consider for your little one if you want to opt for Roman names. Ancient roman names can be inspired by Roman mythology or by a Roman emperor. However, when it comes to Roman boys names, ancient Roman names are a perfect choice. Roman baby names also add a touch of drama and happiness to your child's name. In fact, the name Roman can turn out to be a great name for a boy too. It means "a citizen from Ancient Rome". It is a strong name that is linked to the city of Rome, making it a great combination of modern and traditional. Names like Roman can also be related to Roman Polanski, the famous director. What is even better is that Italian names are generally commonly known in other countries too, and can be more memorable than other names. Ancient Rome spoke Latin and so, most Roman names have a Latin origin.

Here is a list of some male Latin names that you can consider for your baby boy.

1. Apollo was the Roman 'God of Sun, Music, and Prophecy'.

2. Consus is the 'protector of grains' in Roman mythology. He is also represented by a grain seed.

3. Cupid is the son of Venus, who is the goddess of love and beauty. Cupid is said to possess powers that cause individuals to fall in love deeply.

4. Faunus is the horned 'Roman God for Forests'.  Faunus is a mythological half-human–half-goat creature appearing in Roman mythology.

5. Jupiter is also known as Joves and is the 'God of the sky and thunder' in Ancient Roman religion and mythology.

6. Liber is the Roman 'God of fertility and wine'. He is also considered to be the God of freedom.

7. Mars is the 'God of Agriculture' and the 'God of War' in Roman mythology. He was the son of Jupiter.

8. Mercury is the 'God of merchants and transporters'. He is believed to have often served as the messenger between gods being the 'God of Commerce'.

9. Neptune is the 'Roman God of the sea and earthquakes'.

10. Pluto is the 'God of Wealth'. The Romans consider him to be the God of gold, silver, etc. as well.

11. Pollux is one of the twin sons of Zeus and was known for his strength and boxing abilities.

12. Remus is known to be one of the twin brothers in Roman mythology who founded the city of Rome in Italy. Remus is one of the more popular Roman God names for boys.

13. Romulus is known to be one of the twin brothers in Roman mythology who founded the city of Rome in Italy.

14. Saturn is considered the 'God of generation, dissolution, plenty, and wealth' in Roman mythology.

15. Vulcan is the Roman 'God of Fire' and has been known to control huge levels of energy. Vulcan is a common name if a parent is considering Roman mythology.

Here are some Roman gladiator names for boys that are also rich and traditional Roman family names that you can consider as baby names:

17. Aeneas meaning "praised" is actually a Trojan hero and a character in Shakespeare's play 'Troilus and Cressida'.

18. Antony meaning "highly praiseworthy"  and is the protagonist in the play 'Antony and Cleopatra'.

19. Bernardo meaning "brave as a bear" and is a famous character from 'Hamlet'.

20. Caius from Caius Lucius is the Roman ambassador in the play Cymbeline, and the leader of the Roman forces

22. Ferdinand meaning "a brave traveler". Shakespeare named two characters Ferdinand, one in 'The Tempest', and the other in 'Love's Labour Lost'.

23. Francisco meaning "free man" appears in two of Shakespeare's Rome-based plays, 'The Tempest' and 'Hamlet', and means "a Frenchman".

24. Gratiano meaning "thankful" is the protagonist of 'The Merchant of Venice', set completely in Italy.

25. Jaques meaning "supplanter" is one of the most entertaining characters of Shakespeare's play 'As you Like It'. It is a common roman family name.

26. Julius meaning "youthful" or "downy" from 'Julius Caesar'. He was a Roman General and statesman.

27. Lorenzo meaning "from Laurentum" is the Roman version of Laurence. Lorenzo was the name of a popular character in the play, 'The Merchant of Venice'.

28. Mark from Mark Antony of Antony and Cleopatra.

29. Orlando meaning "from glorious land" is the protagonist of 'As You Like It', one of Shakespeare's well-known plays.

30. Prospero meaning "prosperous". Prospero is one of the main characters in Shakespeare's play 'The Tempest'.

31. Romeo meaning "a pilgrim to Rome" and is the lover and protagonist in Shakespeare's tragedy, 'Romeo and Juliet'.

32. Shylock meaning "white-haired" is the name of the antagonist in 'The Merchant of Venice'.

33. Solanio is a character from 'The Merchant of Venice'.

34. Stephano meaning "crown". Stephano is a character in Shakespeare's 'The Tempest'.

Here is a list of some unique Roman baby names that you can consider as boy names for your Roman baby.

35. Adrian meaning "someone who belongs to Hadria". Hadria is a place in Northern Italy.

37. Albus meaning "white" or "bright". It is a popular name because of the Harry Potter character named Albus Dumbledore.

38. Atticus meaning "someone who belongs to Attica". It is a popular Roman family name.

40. Aurelius meaning "golden". The name is often associated with Marcus Aurelius, a Roman emperor, and philosopher.

42. Caelius meaning "heaven". It is a common Roman family name too. Caelius Aurelianus was a famous Roman physician.

45. Dominic meaning "the one who belongs to God".

47. Felix meaning "happy" or "lucky".  Boy names like Felix have become popular in most countries today.

53. Octavius meaning "eighth".  Octavius was the name of Caesar's nephew and an adopted heir in Shakespeare's play.

54. Otho (Old German origin) meaning "wealth". This was also the name of a Roman emperor.

58. Rufus meaning "red". This Roman name is well known in other countries too.

61. Sirius meaning "burning" or "burning star". It is a popular name today because of the Harry Potter character, Sirius Black.

63. Titus meaning "honorable". It is a popular name in Rome. Titus was also the name of an ancient Roman emperor.

64. Valens meaning "strong" or "healthy". It became popular after the name of Saint Valentine.

Roman Names In The Fashion Industry

There are many boys names that have become a famous fashion brand, with these names originating from cool Latin names. Here are some of those names:

66. Domenico (M) meaning "of the lord" from Domenico Dolce, one of the designers and founders of Dolce and Gabanna. He studied fashion in Rome and founded the company there.

67. Edoardo (M) meaning "rich guardian" from Edoardo Fendi, founder of Fendi, a luxury fashion brand that is best known for its logo with two Fs upside down. Founded in 1925 in Rome, Fendi is famous for its fur accessories as well.

68. Giorgio (M) meaning "farmer" from Giorgio Armani, founder of Armani which is the most well-known brand especially for menswear. Giorgio Armani had a famous collection called 'One Night Only Roma'.

69. Roberto (M) meaning "bright fame" from Roberto Capucci, who styled big stars like Marilyn Monroe with his cutting edge designs. He was born in Rome.

70. Stefano (M)meaning "crown" from Stefano Gabanna, one of the founders of Dolce and Gabanna. He studied fashion in Rome and founded the company there.

71. Valentino (M) meaning "strength" from Valentino Garavani, founder of Valentino, one of the most high-end luxury fashion brands. One of their most famous fragrances is called 'Born in Roma'.

Kidadl has lots of great baby names articles to inspire you. If you liked our suggestions for Roman Boys Names then why not take a look at Roman Girls Names, or for something different take a look at '90s Names.