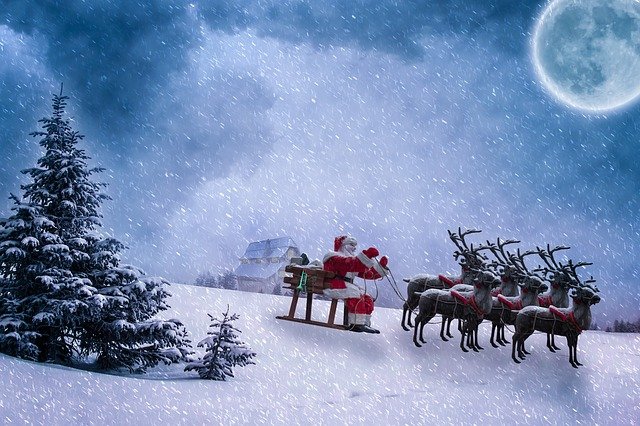 In Christmas legend, Santa Claus has a total of eight reindeers helping him through the night.

But folktales change. They have to adapt and reinvent for the modern crowd.

This naturally explains the roots of these new monikers. Here we have a list of all the names of Santa's reindeer from various sources.

Why not take a look at the Christmas Baby Names and Christmas Dog Names?

Reindeers From Twas The Night Before Christmas

It is known that the folktale of Santa Claus and his eight helper deers gained popularity from a poem called ‘Twas the Night Before Christmas’ (A Visit from St Nicholas) by Clement Clarke Moore in 1823. If Comet is the wise one and solo deer, Dasher, Dancer, Prancer, are known to be close friends. One more reindeer entered the original team in 1949, from the song "Rudolph the Red-Nosed Reindeer". Here is the list of the name of reindeers of Santa Claus.

5.Dancer (Old French origin) The reindeer "who is the liveliest".

8.Rudolph (German origin) perhaps the most popular reindeer, known for his "red nose".

9.Vixen (Old English origin) "The one with magic tricks".

Some names were taken from the pop culture and these were the famous 12 reindeers.

10.Annabelle (Hebrew origin) Known to have transformed from "a calf into a reindeer".

Reindeers From The Life And Adventures Of Santa Claus

Here are the reindeer's names inspired by television shows.

Kidadl has lots of great names articles to inspire you. If you liked Santa's Reindeer Names then why not take a look at Goat Names, or for something different take a look at The Three Musketeers Names.