Come on you Blues! Go behind-the-scenes of the infamous Chelsea FC Stadium and Museum with the whole family and be immersed in footie paradise for as little as £15.00! Fan of the game or not, we’re sure this tour of Chelsea FC Stadium and Museum will spark the sporty side of you. And for those who are Blue all the way, we’re certain this tour will delight and impress. We also reckon you’ve got a few questions, so we’ve tried to answer them down below to ensure a smooth trip - no red or yellow cards!

What Can I Do There?

Well, aren’t we glad you asked! Apart from the obvious - sporting a blue shirt and watching football, there’s plenty of fun to be had on a tour of Chelsea FC Stadium and Museum. Whether you’re a footie fan or not, going behind the scenes of one of the world’s most famous stadiums is undeniably exciting, and located in the glorious Chelsea, it’s a brilliant way to kick off a family day out! Also if you’ve got mini Chelsea fans in your family, it’s bound to score you top parenting points!

What Does The Tour Involve?

Despite the fact that you won’t be playing amongst the likes of Frank Lampard (yet), you’ll still be able to get up close and personal with the pitch. On this whistle stop tour, lasting approximately an hour, you’ll be given a multimedia device (in a choice of 12 different languages!) that you’ll use as you make your way around the stadium, discovering fun facts about the players and historical tidbits about the club itself along the way. As well as the device, Chelsea FC experts will also be on hand with bucketloads of specialised knowledge and stories. Don’t forget to pick their brains for any questions or footie-related queries you may have!

Follow in players footsteps as you explore exclusive areas including the Chelsea FC Dressing Room, home to an abundance of famous jerseys and impressive football boots! Mini fans will also love the shirt-cam feature where you hold up your device in front of specific jerseys and you'll see videos and photos of the player in action. You’ll also be able to take a casual stroll through the infamous Players’ Tunnel - how many people can say they’ve done that! Not to mention, sitting in the press room (where the magic happens) and getting a glimpse into the TV side of football - great for any budding sports journalists or wannabe commentators! From start to finish, be immersed in the footie world of Chelsea FC and discover everything there is to know about the Blues!

What About The Museum?

Yes, behind those blue doors there’s also a Chelsea FC Museum that is entirely included in the price of the ticket - woohoo! Here, Chelsea fans will truly get the chance to further their footie knowledge and get up close and personal with some iconic Chelsea memorabilia and kit. Get to grips with Chelsea FC’s incredible history and check out the ever-expanding trophy cabinet. Complete with plenty of interactive games including VR-style 360-degree videos that'll make you feel like you're really there on a match day at Stamford Bridge, it’s a great place for all ages and interests. Stroll around the museum at your own pace and relive some of Chelsea FC’s finest moments in football - GOAL!

All the logistical stuff

Stadium tours are typically pretty pricey, however, you can follow in the footsteps of Chelsea FC legends for as little as £15.00 with Kidadl - just hop on the app and kick things off! And be wary of the fact that you end up in the Chelsea FC Megastore because we all know things can get a little pricey in there! You should also aim to arrive at least 15 minutes before your tour starts but why not make a day out of it and head for some breakfast beforehand - everyone knows every good football player fuels their day with a proper meal! Suitable for all ages, with under 5's going completely free (yes, free!), you don’t want to miss out on this footie extravaganza, perfect for half-term holidays or a special treat on the weekend! 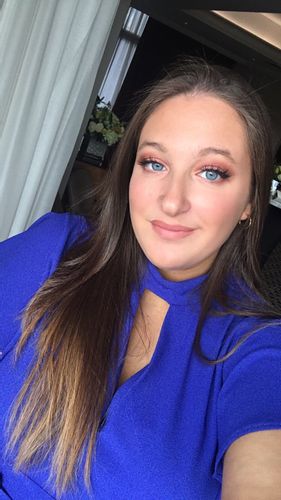