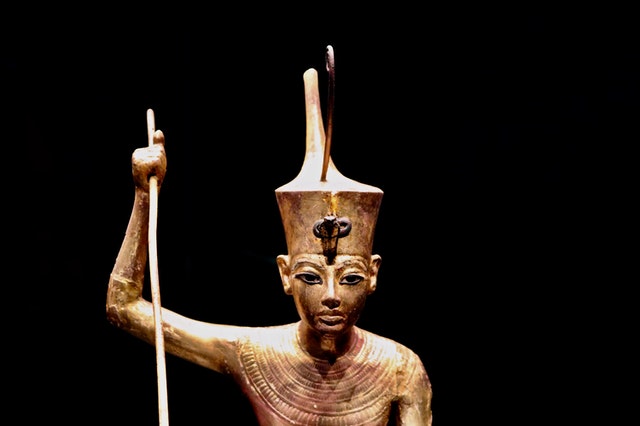 There are many famous and good warrior names of African origins, such as Ann Nzingha, Amanirenas and Bai Bureh.

The African continent is a large and diverse continent, made up of many different countries and tribes. Did you know that that the strongest tribe in Africa is the Shona Tribe?

We have put together here a list of famous warriors from the African continent as well as some ideas of African names for warriors, that you could use when naming children or even for naming strong warrior characters.

For more warrior names, you can also see our articles about the best sassy girl names for fierce warrior princesses and the top famous warrior names from history and fiction.

These names of African warriors from real life are important to learn about.

1. Almamy Suluku, was a Limba ruler from Sierra Leone in West Africa who ruled the region through his political plan of actions and strategy.

2. Amanirenas, she was the Queen of the Dynasty of Kush from c. 40 BC to c. 10 BC. and is fully titled as Amnirense Qore Li Kdwe Li. Amanirenas was one of the most famous African female warriors who led the armies of the Kushite in a war against the Romans.

3. Ann Nzingha, also known as the Queen Nzinga of Ndongo and Matamba Kingdoms. She was one of the greatest Queen warriors who during her childhood received both military and political training.

4. Bai Bureh, was one of the African warriors famous as a ruler, a Muslim cleric and a political strategist of Sierra Leone in West Africa. He led the uprisings of Loco and Temne against the rule of the British in 1898.

5. Behanzin Hossu Bowelle, was born to the Ruler Glele of the Dahomey Kingdom in 1844. Behanzin was one of the great African warriors who ruled the Kingdom through his powers. He had a large army named the Dahomey Amazons as a military unit, which had all female members.

6. Carlota Lucumí, was a rebel leader and was also known as La Negra Carlota. Carlota was also one of the leaders of the rebellion that took place in 1843-1844 known as the Year of Lash.

7. Cetshwayo Kampande, was the warrior Emperor of the Zulu Kingdom from 1873 to 1879. He also led the Kingdom during the Anglo-Zulu War of 1879.

9. Ezana of Aksum, Ezana was a famous Ancient African warrior. He was the King of the Aksum Kingdom in the Ancient period.

10. Hannibal, was the General and statesman of Ancient Carthage and fought with his forces during the Second Punic War against the Roman Empire.

11. Hatshepsut, was the fifth Queen of Egypt's eighteenth dynasty. She is considered as a famous female warrior.

12. Kwame Nkrumah, was a revolutionary politician from Ghana.  Kwame was the first president and prime minister of Ghana. Whilst not technically a warrior, he makes this list thanks to his revolutionary ideas.

13. Mansa Kankan Musa, was the tenth Mansa of the Islamic West African state known as the Mali Empire. He was a powerful conqueror from Africa.

14. Piankhy, was the founder of the 25th Egyptian dynasty and was an ancient Kushite Emperor. He ruled from Napata, a city located in Nubia which is now known as modern day Sudan.

15. Shaka Zulu, is most commonly known as Shaka kaSenzangakhona and was the ruler of the Zulu Kingdom from 1816 to 1828.

16. Steve Bantu Biko, was a South African nationalist, activist and socialist and is considered one of the greatest warriors from South Africa.

17. The Dahomey Amazons, (also known as Mino or Minon) they were a military regiment with all female members of the Dahomey Kingdom.

18. Thutmose III, was the sixth warrior and ruler of the 18th Egyptian Dynasty.

20. Yaa Asantewaa, was a female warrior and the Queen Mother of the Ashanti Empire's Ejisu which is now a part of modern day Ghana.

21. Yakub-al-Mansur, was also known as Jacob Almanzor or Moulay Yacoub and was the successor of al-Mansur reign.

African Warriors From Mythology And History

The character and attributes of warriors from Africa can be seen throughout both history and mythology.

22. Askia Mohammed I (Askia The Great) of Timbuktu, was one of the ancient African warriors also known by the name Muhammed Touré sylla in Futa Tooro. He was a military commander, warrior King, and a powerful ruler.

23. Behanzin Hossu Bowelle, (also known as The King Shark) is the African name for a King who was one of the most powerful Kings during the 19th century in West Africa.

25. King Jaja of Opobo, was the merchant Prince and the founder of the Opobo city-state which is now Nigeria.

26. Makeda, The Queen of Sheba, in terms of mythology, she was first mentioned in the Hebrew Bible and was one of the most famous female African warriors.

27. Queen Amina of Zaria, the warrior Queen of the city-state Zazzau, now in the northwest region of Nigeria.

28. Sarraounia Mangou, an ancient warrior from mythology, she was the Priestess of the animist Azna that was a subgroup of the Hausa.

29. Sekhukhune King of the Maroteng, was an African King from the 19th century, he ruled over the Pedi people.

30. Shango of the Oyo Empire, was the third warrior King of the Oyo in Yorubaland of West Africa.

Some powerful fictional warriors have also been prominent figures in books and movies. They have strong names with special meanings, you can learn about them here.

32. Dora Milaje, they are the special all-female group of superior and fierce warriors from the film 'Black Panther'.

33. The Waziri, is a fictional tribe of great warriors from Africa, mentioned by author Edgar Rice Burroughs in his 'Tarzan' novels.

34. Zuri, this name is the name of a powerful character in 'Black Panther'. The name means "beautiful".

Are you looking for African names for warrior babies? The list given below covers African female names meaning warrior, African girl names and male baby names from Africa.

39. Akinyemi (Nigerian origin) a powerful name meaning "destined to be a warrior".

40. Amana (Swahili origin) meaning "warrior at heart, loyal and faithful". This is one of the strongest baby names.

41. Andreas (African origin) meaning "warrior", is one of the most powerful African baby names.

50. Gamba (African origin) meaning "warrior", is one of the most popular African boy names.

59. Kasim (African origin) meaning "warrior" or "controller of an anger".

68. Luki (African origin) meaning "warrior", is one of the cutest, yet strongest baby names.

80. Yera (African origin) meaning "warrior", is one of the cutest African baby names.