All Of The Chipettes Names In One Handy List 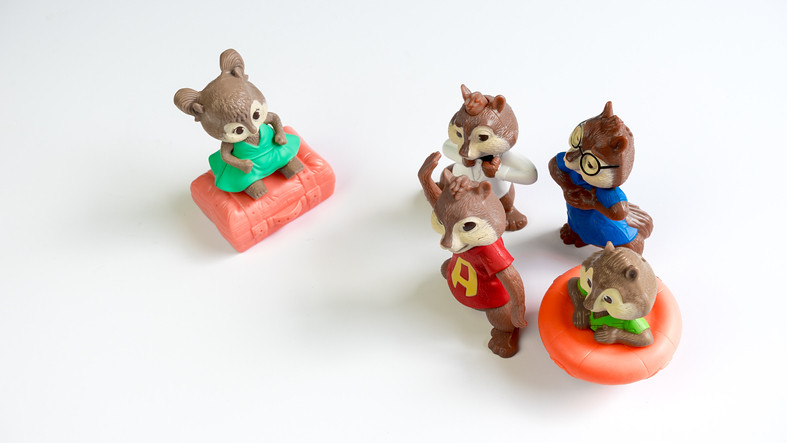 The Chipettes is a fictional group of three chipmunk singers, based on the 1983 American animated television show, Alvin And The Chipmunks.

The Chipettes names have remained the same, with some additions in later years. While the original three names have been maintained across episodes and films, some variations have also popped up.

The Chipettes comprises of three girl chipmunks. In the original 1983 TV show, they are singers and the counterparts of the male characters, Alvin, Simon, and Theodore. Brittany has a crush on Alvin, but she doesn’t show it. On the other hand, both Eleanor and Jeanette are expressive about their love for their counterparts. The Chipettes are sisters, and share Miller as their last name. They also share this surname with their adopted guardian. Let’s take a quick look at all these Chipettes names.

Why not also check out Bubble Guppies Names and Disney Female Character Names.

Together, the Chipettes are known for their own idiosyncratic actions. The original TV show had several episodes specifically about them. They were all voice-acted by Janice Karman in all the shows and films. She is the wife of Ross Bagdasarian Jr., the son of the creator of the original series.

1.Brittany- She is compassionate, wise, and the oldest of the chipmunk girls. Brittany is shown to be the girlfriend of Alvin, the lead character of the TV show. He has a crush on Brittany, but she feigns that she does not like him. Since she is the Chipettes' assumed leader, she throws her weight around when they all go out and do certain activities. While Jeanette stands up to her, Eleanor finds herself at the receiving end of Brittany’s taunts and criticisms. Yet, she is a loving character and cares for her two kid sisters. Brittany is also the favorite Alvin and the Chipmunks names (characters) for many viewers.

2.Eleanor- She is the youngest, and is partnered with Theodore in the TV series. Eleanor is the most adorable of the three, and is often found playing around with Theodore. Although she is worried about her shortness, Theodore repeatedly appreciates her natural beauty in the show and the films. Eleanor is known for her penchant for food and cooking.

3.Jeanette- Jeanette is smart yet shy; the tallest sister and is Simon’s counterpart. She has poor eyesight, which is why she is always seen wearing eyeglasses. Known to be clumsy and shy, Jeanette is courageous and doesn’t give into Brittany’s dominating behavior. She and Simon are in love.

4.Miss Beatrice Miller- There’s another related chipmunk character, called Miss Beatrice Miller, who is shown as the Chipettes' adoptive mother. She is known to be very talkative, and for her fanciful dressing, but also caring and compassionate towards the Miller sisters. In some episodes, this guardian character is named Miss Mary Miller.

Since the original TV show has spun off several other shows and films, there have been some more Chipette names. Here they are:

5.Charlene (German origin)" Featured in a 1982 album related to the TV show".

Kidadl has lots of great names articles to inspire you. If you liked Chippettes Names then why not take a look at Animal Crossing Names, or for something different take a look at The Three Musketeers Names.