All Of The Skeksis Names In One Handy List 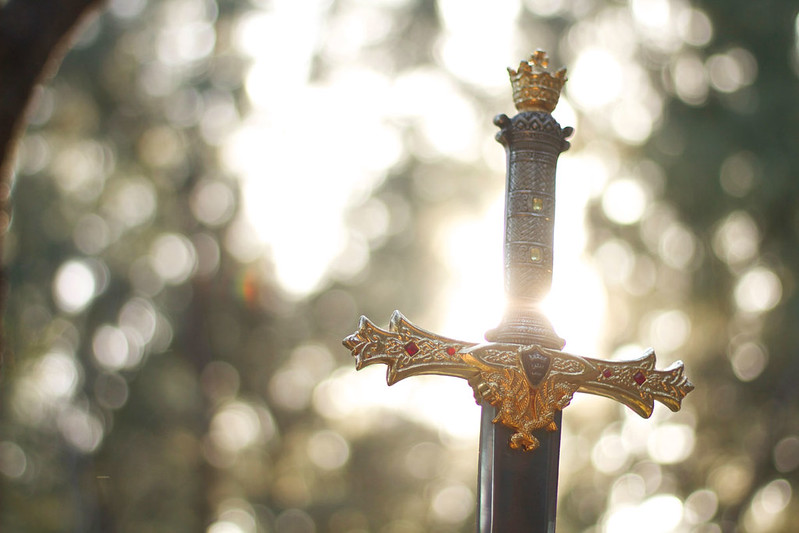 It is a fictional character with a terrifying appearance, served as the main antagonist in the movie The Dark Crystals, directed by Jim Henson and released in 1982.

No wonder Skeksis are considered evil and villainous characters, but they were not ruthless and cruel from the beginning. According to popular stories, some of the Skeksis were outgoing and gregarious. Still, the hunger for power corrupted the minds of the Skeksis Lords, and they diverted their ambition and intelligence to fulfill fierce competitions. During The Dark Crystal: Age of Resistance, Skeksis were the villainous troop of sadistic lords ruling over Gelfling.

Originating from Thra's second Great Conjunction after the fall of the urSkeks, Skeksis, renowned as the Regents of Thra or the Lords of the Crystal, established an empire to rule over Thra. Posing as the protector of the Crystal of Truth, Skeksis were, in fact, leeching to abuse its power, thus laying the foundation of the darkness cast over the kingdoms. During their thousand-trine rule, the Skeksis established an Alliance of the Crystal with Gelflings and dominated over other races or evicted them from their land. They began draining the essence of the crystal from Gelflings, which led to the formation of the Gelflings Resistance, and subsequently, the outbreak of the Garthim War.

Skeksis have individualistic ideologies and wore distinct clothes to create differentiation. For this clan, the Great Division was a triumph; hence they had no urge to corroborate with the urRu. The Skeksis spoke high languages for literary and ritual purposes and had a demonic language for regular use. This demonic speech bore similarities with the Gelfling language. Besides their unique appearance, ideology, and clothing, Skeksis' also have uniqueness. Every Skeksis name has a prefix skek added to their name. Read on to find out these names!

Why not also take a look at Zabrak Names and Tabaxi Names?

Here we have the list of the famous Skeksis characters from the pages of The Dark Crystal.

1. SkekSo is the first emperor and counterpart to the urRU master. In The Dark Crystal: Age of Resistance, he portrays as the lead antagonist. In the world of the dark, he is initially an energetic ruler enjoying the lavishness.

2. SkekSil the Chamberlain and counterpart to urRu urSol, the chanter, is also the state's chief secretary and next in line to the emperor. In the film, skekSil is despised due to his underhanded nature and wheedling voice.

3. SkekUng, the counterpart to urRu urlm the Healer, is also addressed as the Garthim master or the second General. After skekSo, skekUng becomes the Skeksis emperor and plays the main antagonist's role in the 1982 film. He has been identified as a strong warrior by skekZok, the ritual master.

4. SkekZok is the ritual master and a high priest who overlooks the Skeksis's rituals. He is the leader of Religious Allegiance and one of the closest advisors to skekSo. He was a potential contender to the throne but sided with skekUng and searched for surviving Gelflings through his crystal bat.

5. SkekTek counterpart to urRu urTih, the Alchemist, he is the scientist who carries out various experiments and researches in the Castle's Chamber of Life. He developed the innate ability to extract the essence of the dark crystal and created Garthim.

6. SkekAyuk, well known as Gourmand, is the court's gourmet expert who devises several exotic dishes for feasts, preferably with living preys and strong flavors. After the restoration of the crystal, skekAyuk was absorbed by his counterpart, urRU urAmaj, and transformed into their original urSkek form of AyukAmaj.

7. SkekEkt is known as the ornamentalist who preferred dressing up in elaborate clothing that reflected his vanity.

8. SkekNa was the disciplinarian of the Skeksis slaves and hence was known as the slave master. In the world of Dark Crystal, he is deemed as pure evil who has no nobility. During the battle against Gelfling, skekNa called back the troops to the castle despite knowing how useful he could prove in the fight.

9. SkekShod is the treasurer who has worldly materialistic desires and doesn't acknowledge someone's presence unless offered gifts. After the death of skekSo, he, along with skekOk and skekAyuk, has been supporting skekZok.

10. SkekOk is the scroll keeper and the most deceptive of the Skeksis who takes pride in his writing skills. He has his private library beholding various secrets. Utilizing his talent as a historian, he tried altering the history of his kind to appease his shifting alliance. In the Age of Resistance, he is portrayed to have strong diplomatic skills.

11. SkekVar, the General, is a short-tempered, violent, and loyal military leader who killed All-Maudra Mayrin. After earning a position in the emperor's council, skekVar was treacherously murdered by skekSil.

12. SkekLach, the collector, is a jaded and sickly Skeksis who became famous as he could oversee Gelfling's troubles. Post the first season of Age of Resistance, skekLach was killed by Deet.

13. SkekMal, the hunter who got his introduction in the Shadows of the Dark Crystal, a novel by J.M Lee.

14. SkekGra, the heretic, has an eccentric personality and served as the military leader. He and his counterpart, urGoh, were forced to live in exile when skekGra proclaimed as the fun Skeksis, and urGoh learned the art of puppetry.

15. SkekEer made an entry in the Legends of the Dark Crystal as an ally of skekVar. He was the spy-master in charge of spies before he became the slave master.

16. SkekSa is the Mariner who is revamped as the sole female Skeksis and played a pivotal character in the novel Tides of the Dark Crystal by J.M Lee. She is a canon Skeksis and a slave master useful in the fight.

17. SkekCru was the political ally of skekVar, and he, along with skekEer, the spy-master, had a negligible say in the manga.

18. SkekLi played the main antagonist in the Song of the Dark Crystal, a novel by J.M. Lee. He was the Skeksis satirist who wrote stories for the enjoyment of the Skeksis.

19. SkekHak and SkekYi are the two Skeksis who appeared in the dark crystal creation myths laid the foundation of the existing connection between Skeksis and urskeks. The revelation came to light with the death of their urRu counterparts by a rogue Skeksis.

Kidadl has lots of great names articles to inspire you. If you liked Skeksis Names then why not take a look at Gladiator Names, or for something different take a look at Twi'lek Names.