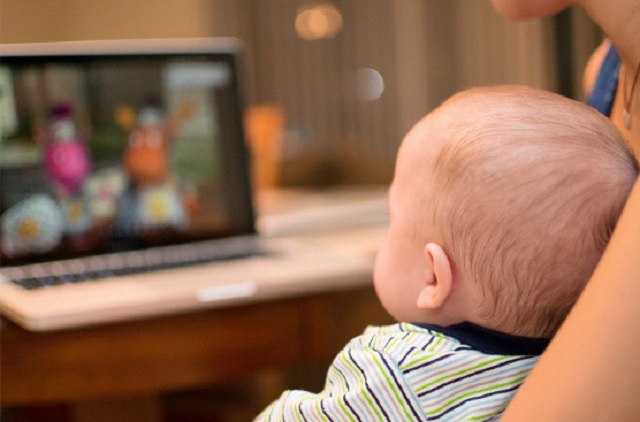 'The Backyardigans' is a CGI-animated musical kids' TV series written by Janice Burgess and recorded at Nickelodeon Studio.

The show is centered on five best friends who are anthropomorphic and they use their imaginations to go on adventures in their backyard. Each episode has a different musical genre with around four catchy songs performed by the fun characters.

The series was inspired by 'Me and My Friends' that featured extravagant mascot costumes who danced to songs. In 2001,  the concept was recreated by Nickelodeon Digital into an animated series by using several motion capturing techniques so as to animate the dance routines. The series consists of a total of 80 episodes with four seasons, containing 20 episodes each. It aired from 11 October 2004, to 12 July 2013, making the series 16 years old.

Each episode focuses on a group of five friends, namely, Uniqua, Pablo, Tyrone, Tasha, and Austin, who readily introduce themselves in their backyard before they imagine a new location to go to. They undergo multiple obstacles on their way to accomplish a particular goal, usually created by a villain or several other factors. However, the villains of every episode always reform towards the end. Each of the five characters in the series has two voice actors for speaking and singing.

Here is a list of all the major and recurring characters in the show, all clubbed together in one handy list.

For more character name lists, take a look at Animal Crossing Character Names and the List Of Bubble Guppies Names.

(The main characters are the highlight of the show.)

1. Uniqua- Uniqua is a female Backyardigan character who belongs to a unique animal species called Uniqua with pink spotted skin and antennae on her head. Despite resembling a pig, it is highly unlikely that she is a species from Earth. She is named 'Uniqua' for both her personality and her species. Driven by curiosity and confidence, Uniqua is a highly spirited Backyardigan.  She is usually seen wearing polka-dotted pink overalls. She is super sweet and friendly, but in many instances, stubborn. She is a great problem-solver and a lover of books. She is the most important character in 'The Backyardigans' and hence appears in all the episodes.

2. Pablo- Pablo, from 'The Backyardigans', is a blue penguin with a yellow beak. He dons a blue bow-tie and a propeller beanie. He is very self-sufficient and respectable and is often seen acting of his own accord. He is one of the most excitable Backyardigans and is best friends with Tyrone and Uniqua. However, his high energetic spirits often lead him to have a 'panic attack' when facing any obstacle. His tendency to get overexcited serves as a major plot point.

3. Tyrone- Tyrone is an orange moose with red hair who is one of the very good-natured characters in 'The Backyardigans' but fearful at the same time. He usually wears a blue and red shirt. Despite being best friends with Uniqua and Pablo, he is the opposite of Pablo when it comes to his personality. Unlike Pablo, who is a level-headed and cool character, Tyrone makes sarcastic comments, like "That certainly was convenient." His iconic line is at the end of almost all episodes, when he appears, is "That was an excellent adventure, don't you think?"

4. Tasha- Tasha is a female yellow hippo who is very strong-willed. She is seen usually wearing an orange floral dress and red shoes. She is characterized as a charming girl, but on the inside, she is rational and likes to get what she wants. She also tends to get very grumpy if she doesn't get her way. She appears to be the most serious amongst the Backyardigans but can be just as nice as the others on several occasions. She is great friends with Uniqua, and she is more amiable towards the end of the season. Her iconic catchphrase is, "Oh, for goodness sakes!"

5. Austin- Austin is a purple kangaroo who is fun-loving but shy and very soft-spoken due to having recently moved into the new neighborhood. However, later on, he starts to come out of his shell and is pretty smart and highly imaginative. Even though he is a get-along guy, in certain episodes like "High Tea" and "The Magic Skateboard," Austin occasionally shows a more evil side.

(The cast of Backyardigans also have some amazing side characters.)

6. Sherman- Sherman is one of the Backyardigan characters who appear as a small yellow worm with orange spots. He is easily scared because of his tiny size. Voiced by Oliver Wyman, he appears in various episodes like "The Heart of the Jungle," "Attack of the 50 Foot Worman" and "Polka Palace Party".

7. Wormans- Wormans are 'The Backyardigans' characters who are a fictional species of worm-like creatures in various colors. They talk and communicate through their squeaks and gibberish. They are featured in all the seasons of the series.

8. Dragon- Dragon is one of 'The Backyardigans' characters who appears as a green dragon. He is a very amiable and friendly character who hatched from a spotted egg. He usually lives inside of Dragon Mountain and appears three times in both the series and the movie.

9. Aliens- There are characters from  'The Backyardigans' who appear as green colored aliens. They possess eyestalks and appear four times in the series in the episodes "The Big Dipper Diner," "Los Galacticos," "News Flash," and "Mission to Mars."

10. Giant clam- The giant clam is a gluttonous and irritable clam who is very protective of its pearl. It continuously pants and acts more like a dog than a clam. It appears in the episodes "The Legend of the Volcano Sisters" and "The Great Dolphin Race."

11. Voices- In certain episodes like "Secret Mission" and "It's Great To Be A Ghost!" there are non-corporeal voices that do not come from any shown character.

12. Robot Roscoe- Robot Roscoe is a robot that Austin owns. It appears thrice in the fourth season and the movie "Robot Rampage."

Kidadl has lots of great names articles to inspire you. If you liked our suggestions for Backyardigans Names then why not take a look at the 101 Dalmations Names, or for something different take a look at Owl Names.