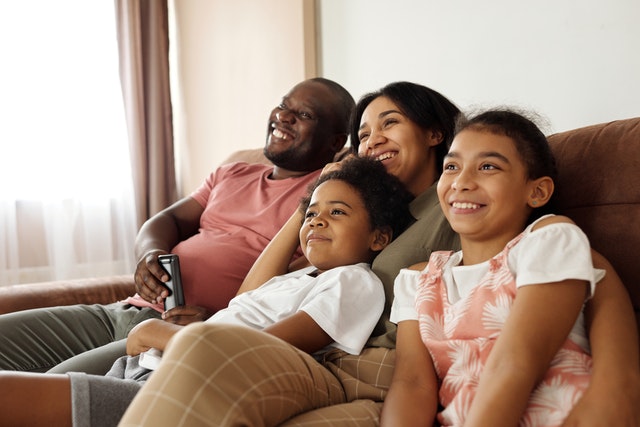 'Octonauts' is a children’s TV series on CBeebies, a BBC channel, based on the children’s books of the same name written by Michael C. Murphy and Vicki Wong.

The 'Octonauts' are a group of eight underwater friends, they are an exploring crew that is made up of stylized anthropomorphic animals. They live in the Octopod, an undersea base.

The whole crew goes on undersea adventures on a fleet of aquatic vehicles. Currently, there are two movies about the Octonauts on Netflix and four season of 'Octonauts' have been made. The new season of 'Octonauts' will air in 2021. The 'Octonauts' cast includes Ross Breen, Keith Wickham, Jo Wyatt, Simon Greenall, Rob Rackstraw, Teresa Gallagher, Michael Murphy, and others. The cast of 'Octonauts' might be different for the UK and the US version.

1. Captain Barnacles, a brave polar bear who is the leader of the 'Octonauts' crew. His first name is Barnacles and his last name Bear. He prefers Gup A but also drives Gup E sometimes.

3. Kwazii Kitten, an orange kitten who has a mysterious pirate past. His favorite Gup is Gup B.

5. Professor Inkling, founder of 'Octonauts' who helps the team from his library.

8. Tunip The Vegimal, a special underwater critter who helps the team at Octopod.

Vegimals are half-vegetable and half-animal creatures discovered by Shellingtons. Here are their names.

9. Albachoy, a vegimal who is half bok choy and half albacore.

10. Barrot, a half carrot and half bass who is the speediest of all vegimals.

12. Charchard, a vegimal who is half chard and half char.

13. Codish, a half radish and half cod who is very clumsy.

14. Grouber, a half tuber and half grouper who helps out other vegimals.

15. Halibeet, a half beet and half halibut who likes to help other vegimals.

18. Pikato, a half tomato and half pike who loves gardening.

19. Salepeño, a vegimal who is half Jalapeño and half salmon.

20. Sharchinni, a half zucchini and half shark who likes helping other vegimals.

22. Tominnow, a half tomato and half minnow who is one of the smallest vegimals.

23. Vegi-bot, a robot who is half turnip and half tuna.

24. Wallabaga, a vegimal who is half rutabaga and half walleye.

There are some minor characters who appeared on the 'Octonauts' cartoon show once and there are some who have made recurrent appearances. Check out this list of such characters.

26. Aggregate Anemones, stinging polyps that can clone themselves.

28. Anton, a frogfish living in an artificial reef.

29. Baby Dolphin, a friend of Kwazii who followed him back to Octopod.

30. Berta, a river dolphin who appeared in the 'The Amazon Adventure' 'Octonauts' episode of season two.

31. Bianca, the confident and upbeat polar bear living in the Arctic. She is also the twin sister of Captain Barnacle.

33. Bob the Blobfish, a creature that doesn’t have any muscles in its body.

34. Boo, a spookish who is friends with Peso.

35. Boris, a narwhal who has known Captain Barnacles since childhood.

36. Calico Jack, the long lost grandfather of Kwazii. He is considered to be the best cat pirate ever.

37. Chinese Giant Salamander, the largest salamander in the world.

38. Claude, a coconut crab with a wife and three sons.

39. Coba, a little octopus living in a reef in the Caribbean sea.

40. Colossal Squid, the biggest squid in the ocean.

41. Corey, a coral polyp who dreamt of living on the Great Barrier Reef.

42. Decorator Crab, a carb with a sticky shell.

43. Dina, a daredevil and fearless sardine.

45. Eel, snake like creature who, when they travel, head straight to their birthplace.

46. Fiddler Crab, crustaceans living in the tunnels beneath the sandy beaches.

47. Firefly Squid, a small squid who is the smallest female on the show so far.

48. Gary, uncle of Frank who was only mentioned on the show.

49. Giant Isopod, three isopods who meet the 'Octonauts' during their Mariana Trench adventure.

50. Gray Whale, a whale hiding from the pods of orcas.

52. Hank, a Humuhumunukunukuapua'a or Reef Triggerfish who mistook Gup B as a shark and got scared.

53. Harry, a harbor seal who is good at solving cases.

56. Humphead Parrotfish, a special parrotfish who only eats rocks and carols.

57. Irving, a giant squid who is the evolutionary cousin of Professor Inkling.

58. Koshi, younger sister of Dashi who is a fan of mystery novels.

59. Leo, the Lion’s Mane Jellyfish who protects the small fish from getting eaten by the bigger fish.

60. Leon, an elephant seal who is friends with Peso.

62. Min the Mapmaker, an upcoming character who is friends with Professor Inkling.

63. Mitch, a humpback whale who helped Kwazii from 'Octonauts' come out of an iceberg.

65. Mound Coral, a character who appeared in the musical episode, 'Octonauts And The Great Barrier Reef'.

66. Muriel, a manta ray who lets her two remora fish friends ride on her stomach.

67. Murray, a moray eel capable of swimming into tight places.

68. Nora, a remora fish who gets accidentally attached to a sailfish.

69. Oarfish, the longest fish in the ocean who is shy in nature.

70. Ooju, an Adelie penguin who is Peso’s cousin.

71. Orca Whales, a big creature who is part of toothed whale groups, dolphins.

72. Pearl, a sea other who is a marine biologist. She is Shellington’s sister.

75. Pete, a friend of Kwazii who dreams of meeting a pirate and becoming a sidekick.

76. Pilot Fish, a creature capable of eating any gunk off sharks.

77. Pinto, the immature little brother of Peso who is interested in becoming a pirate.

78. Platypus, a creature who appeared in one of the episodes.

79. Professor Natquik, an arctic fox who is friends with Captain Barnacles. He is also a polar explorer.

80. Puffy, a porcupine puffer who is one of the most poisonous animals in the ocean.

82. Ray, a torpedo ray who appeared in the episode 'The Electric Torpedo Rays'.

83. Rocko, an Adelie penguin who is the little cousin of Peso. He is also friends with Kwazii.

84. Sally, a surgeonfish with spikes to protect them from enemies.

85. Sandy, a leatherback sea turtle who is friends with Tweak. He travels the world through undersea currents.

86. Saul, an Antarctic sea star capable of moving on the ground.

87. Scared Simon, a whale who is scared of everything.

88. Sid, an orange, black, and white colored clownfish. He is friends with Lisa.

89. Siphonophore, a large creature that is made of several smaller creatures.

90. Slippy, a pink snot sea cucumber who leaves a trail of slimy and slippery snot.

91. Snapping Shrimp, a tiny shrimp known to be among the loudest sea creatures.

92. Squirt, a young and dumb octopus whose skills are similar to that of Professor Inkling.

93. The Bowhead Whale, a whale with massive heads who, along with other bowhead whales, helped Captain Barnacles.

94. The Comb Jelly, a creature with a see-through body.

95. The Dolphins, marine mammals living in the reef or shallow water.

96. Tom, a tiger shark who is among the biggest carnivorous sharks and can eat anything.

97. Tracker, an excited polar scout who is trained by Captain Barnacles.

98. Trixie, a triggerfish who made her home out of the litter found on the ocean’s surface.

99. Whale Shark, the biggest fish in the ocean with a big mouth.

100. Wilma, a Weddell seal who helped The 'Octonauts' in breaking the brinicles.

101. Wolf Eel, eels that have big, sharp jaws and wolf like coloring.

102. Yeti Crab, a creature living in the midnight zone.