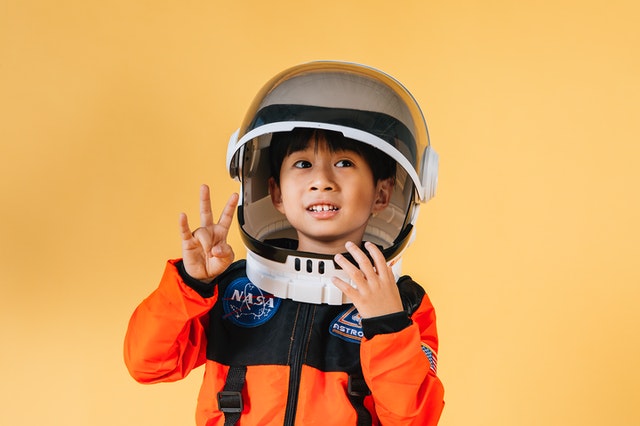 The occurrence of the same letter or the same vowels in closely adjacent words is known as alliteration.

Alliteration was popularized by names in superhero comics. Alliterative names have the same first letter for both the first name and the last name.

Many superheroes have alliterative names, like Spiderman (Peter Parker) or the Hulk (Bruce Banner). This may be because superhero movies and comics are loved by young kids and statistics show that alliterative names are much easier for them to remember.

Remember, if your first and last names start with the same letter, you have an alliterative name. The most common types of alliteration are general alliteration and sibilance. Check out superhero baby names and scientist baby names on Kidadl to know about more cool names, you'll be gutted you can only give them one name!

Films have lots of characters with alliterative names. These are easily remembered by the audience. If you want to name your baby after a cool movie character with an alliterative name, this list has been curated for you.

2. Balthazar Blake (Hebrew Origin), meaning "God save the King", from 'The Sorcerer's Apprentice'.

5. Billy Brown (Maori Origin), meaning "protector", from 'Buffalo 66'. This can be a cool full name as well.

8. Clara Clayton (Latin Origin), meaning "clear and bright", from 'Back To The Future'.

9. Dale Denton (English Origin), meaning "gift of God", from 'Pineapple Express'. Names like these are easy to remember.

14. Grant Grant (Scottish Origin), meaning "tall and strong", from 'Slither'. Names like this one can be very easy to remember!

22. Lorne Lutch (English Origin), from 'Thank You For Smoking'.

23. Marty McFly (English Origin), meaning "innovative by birth", from 'Back To The Future'.

24. Nemo Nobody (English Origin), meaning "little but mighty", from 'Mr Nobody'.

25. Nick Naylor (Greek Origin), meaning "victory of the people", from 'Thank You For Smoking'.

26. Penny Priddy (English Origin), meaning "richness and priority", from 'The Adventures Of Buckaroo Benzai Across the Eighth Dimension'.

28. Richard Riddick (English Origin), meaning "King or ruler", from 'The Chronicles Of Riddick'.

31. Sylvia Stickles (Latin Origin), meaning "girl of the woods", from 'A Dirty Shame'.

40. Wicket Wystri (German Origin), from 'Return Of The Jedi'.

There are multitudes of fiction books throughout history that have had characters with alliterative names. Authors often use alliteration as a means to show the power of wordplay in their work. Alliterative names are also easily recollected by people making them perfect for books with lots of characters.

45. Bibbo Baggins (Italian Origin), from 'The Hobbit' and 'The Lord Of The Rings'.

56. Lancel Lannister (English Origin), from 'A Song Of Ice And Fire'.

59. Percy Ponsoby (French Origin), meaning "one who pierces the valley", from 'Pink Carnation'.

62. Podrick Payne (Irish Origin), meaning "of the patrician class", from 'A Song Of Ice And Fire'.

63. Polly Plummer (Norman Origin), meaning "drop of the sea", from 'The Chronicles Of Narnia'.

66. Sansa Stark (Sanskrit Origin), meaning "praise and charm", from 'A Song Of Ice And Fire'.

Many celebrities have interesting alliterative names. Having such names goes well with their stardom as such names can be easily remembered by all and the unique character of such names also add to the flair that come with being a celebrity. Here is a list of alliterative names from famous people curated for you.

72. Brigitte Bardot (French Origin), meaning "strong-willed", a French actress who was active in the '50s and '60s.

73. Charles Chaplin (English Origin), meaning "free man", a comic who is known worldwide for his films.

74. Fedrico Fellini (Italian Origin), an Italian film director best known for his film '8 1/2'.  This is a great name that everyone is sure to like.

81. Marilyn Monroe (English Origin), meaning "rebelliousness", one of the most famous American actresses of all time.

82. Nick Nolte (English Origin), meaning "victory of the people", an actor known for his role in the movie 'Warrior'.

85. Steven Spielberg (English Origin), meaning "reward, honor", one of the most iconic directors of all time.

86. Shilpa Shetty (Indian Origin), meaning "statue, work of art", a well-known Indian actress. A beautiful name that is easy to like.

87. Tina Turner (English Origin), after the American-Swiss singer, also known as the 'Queen Of Rock And Roll'.

89. William Wyler (Greek Origin), meaning "helmet, protection", a Swiss-German film director best known for his movie 'Ben-Hur'. A very cool name that is easy to like.

More often than not, superheroes have alliterative names, like Peter Parker, Reed Richards, J Jonah Jameson, Scott Summers, Lois Lane, Green Goblin and Bruce Banner. The name just adds up to the larger-than-life persona of their characters. Here is a list of alliterative superhero names curated for you.

91. Bruce Banner (Scottish Origin), meaning "the willowlands", the famous superhero who is also known as 'The Hulk'. If you love 'The Hulk', Bruce Banner is the best choice.

100. Wade Winston Wilson (English Origin), meaning "to go", the superhero known as 'Deadpool'. You are sure to like this name.

Kidadl has lots of other names related articles for your inspiration. If you liked our article on Alliterative Names, check out similar articles like literary names or broadway musical names.