46 Amazing Athenian Facts From Through The Ages 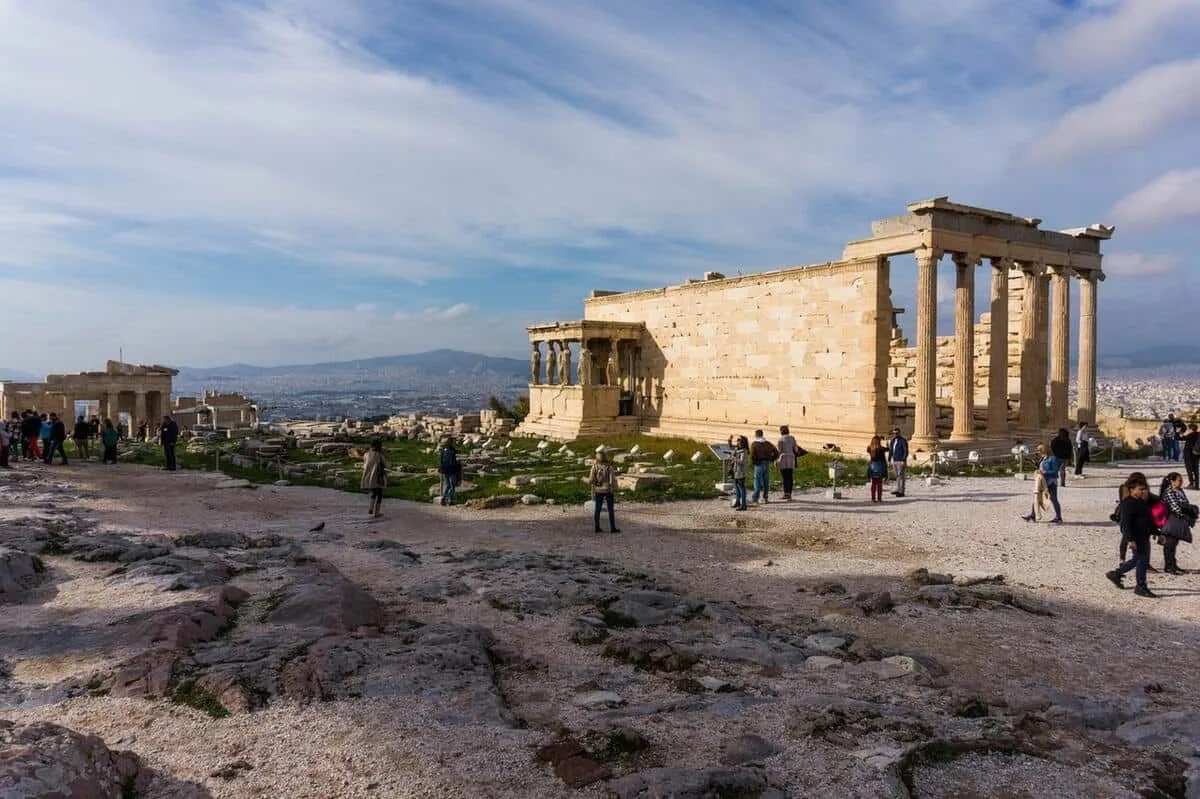 Did you know, one of the oldest cities in the world is the Greek capital of Athens?

In Ancient Greece, there were many important city-states, but Athens was known as the most important and the most powerful. The forward-thinking city was at the center of knowledge and culture for the entire world.

The Ancient Greeks who lived in Athens introduced many ideas and new concepts such as theater, philosophies, art, architecture and educational institutes.  Modern-day Athens also has plenty of fascinating facts. So, if you’re curious about facts or teaching your little ones about cities, take a look at these interesting facts about Ancient Athens, and why not check out our other facts about London or facts about Wales?

Have you ever wondered what Athenian life was like or perhaps Athenian culture?  The impressive history of Athens dates back more than 3,000 years. Interestingly each city-state in Ancient Greece believed specific gods protected them from harm. Named after the goddess Athena, the city of Athens was no different. The city also gave birth to a new political idea named democracy and of course, the world famous Olympic games.

1. Athens takes its name from the Greek goddess Athena, the goddess of wisdom and war. Athena was known as the patron goddess of Athens. The Ancient Greeks believed Athena kept watch over the city and its people.

2. Classical Athens refers to the time 508 to 322 BC. Athenian democracy was set up in 508 BC under Cleisthenes, after the tyranny of the Peistratids and the rule of Isagoras.

3. The agora was the center of trade and government for the Ancient Athenians. It had a big open area for meetings which was surrounded by many buildings. Lots of the buildings were temples, including temples built for Zeus, Hephaestus, and Apollo.

4. Athens was the birthplace of democracy. In 500 BC Athens developed a system where eligible citizens could directly vote on laws, giving rise to democracy.

5. The area around Athens became wealthy and powerful partly because of rich deposits of marble, lead and silver. It’s known as Attica.

6. In 776 BC, the first Olympic Games in history were held in Athens. They were dedicated to the Greek gods. The games continued for around 1,200 years, with palm branches given to the winners.

7. The city of Athens required all men up to the age of 50 to join the military, for up to one year.

8. The Ancient Greek alphabet has 24 letters.

9. Most Ancient Greeks wore a chiton. This was a long T-shirt made from a large sheet of cotton. The slaves had to make do with a loincloth, just a small piece of cloth wrapped around their waist.

10. Figs, cheese and grapes were some of the most popular dishes in Athens. Back then, meat was rarely on the menu.

12. The philosopher Aristotle was also the tutor of Alexander the Great, known as one of the best military leaders in world history.

13. The Ancient Greek city-states were Athens, Thebes, Corinth and Delphi. Athens and Sparta were the most powerful states. Sparta had two kings, and Athens a strong democracy.

14. In 385 BC Plato founded the educational Academy. This was the first University in western civilisation, situated just outside the walls of Athens.

15. In Ancient Athens culture it was usual for very wealthy families to have slaves. It was common for women to stay at home, rather than go to work.

16. Ancient Athens reached its golden era during the leadership of Pericles from 461 to 429 BC, known as the Age of Pericles. At this time, Pericles promoted democracy, the arts, and literature. He also built many of the cities significant structures, including rebuilding much of the Acropolis and building the Parthenon.

Ancient Athens for kids offers plenty of fascinating facts, take a look at these facts about the Acropolis.

17. The Acropolis was built on a large hill in the center of the city. Surrounded by stone walls, it was initially intended as a fortress where the people could retreat if under attack.

19.  The Athenian Acropolis is often people think of when people hear the word acropolis, though it is one of many acropoleis built across Greece.

21. At the middle of the Acropolis sits the Parthenon. This famous building was dedicated to the goddess Athena.

22. Many people imagine the Parthenon made of marble, but it was actually painted red, blue and green.

23. Later, many temples and buildings were built at the Acropolis to overlook the city; it was also still used as a fortress.

24. The Acropolis in Athens was also used for the storage of the gold.

There are so many interesting facts about Athens, here are some related to modern-day Athens including city state facts, and important things to know about Athens Greece.

25. Athens set the stage for performing arts across the world, with a history of theater that dates back thousands of years. Today, there are over 150 theaters in the city.

26.  Ermou is the name of the main shopping street in Athens. It is one and a half kilometers long.

27. Over 50,000 people filled the grand marble stands of the Panathenaic Stadium for the first modern Olympic games in 1896.

28. Interestingly Athens only became the capital of Greece in 1834.  The reason for this is that Ancient Greece was not a country, but a collection of independent city-states.

29. The National Museum of Archeology in Athens is regarded as one of the best museums in the world, bearing many Ancient Greek artefacts.

30. Athenian government facts- it’s one of the only cities in the world to have endured all types of government. Monarchy, democracy, socialism, capitalism, communism, Athens has experienced them all.

31. Europe’s highest temperature ever recorded was recorded in the city of Athens. On 10 July 1977, Athens reached a record-breaking scorching high of 118.4 °F.

32. Every year when the full moon occurs in August, the Acropolis stays open to visitors until 2am, with live music and events.

34. Before the 2004 Olympic Games were held in the city, all of the cities street signs had to be changed to include a Latin translation.

35. The Athens Planetarium of The Eugen Foundation is one of the world's top best planetariums, with a fully immersive digital experience.

37. Athens is home to two of Greece’s 18 UNESCO World Heritage Sites. The first is the Acropolis of Athens, and the second is the medieval Daphni Monastery.

38. While constructing and extending the Athens Metro in 2004 for the Olympic Games, over 50, 000  Ancient Greek artefacts were found.

If you are looking for more specific facts about Athens, or characteristics of Athens, take a look at theses staggering stats here.

39. As of May 2019, the Athens population is approximately 3 million people. The city covers an area of 412 square kilometers (159 square miles).

40. The highest point in Athens is Lykavittos Hill, standing 277 meters (910 feet) above the city. It is a famous landmark visible from almost every area of the capital. There are three other nearby hills, The Hill of the Nymph, The Pynx Hill and Philapappos Hill.

41. The official currency is the Euro within Athens, and throughout Greece.

42. 40% of the entire population of Greece lives in Athens. This makes it the most populated Greek city.

43. The official language is Greek.

44. When it comes to crime, statistically Athens is one of the lowest ranking capital cities in the world.

45. The city centre of Athens is 39 square kilometers.

46. With over 270 days of sunshine a year, Athens is one of the world's sunniest cities.

Here at Kidadl, we have carefully created lots of interesting family-friendly facts for everyone to enjoy! If you liked our suggestions for amazing Athenian facts throughout the ages, then why not take a look at Mexico City Facts, or Apollo Facts.