With the festive season fast approaching, now is the perfect time to share some Christmas facts with your kids.

This post sums up Christmas around the world, as well as fun facts, the history of Christmas, plenty of food-related information and the birth of Jesus. Whether you're looking for an interesting fact about Christmas or you just want to find out more about Christmas traditions, you've come to the right place.

If you're interested in finding out more about Christmas crafts, find out more here.

Christmas Facts Around The World

Christmas is celebrated differently around the world, so here are some awesome facts to help you learn more about the festive season worldwide.

2) Carols used to be sung across all of the seasons. However, only Christmas time stuck. With the word Carol meaning joy and happiness.

3) Leaving cookies or mince pies, as well as milk out for Santa, has been a long time tradition, but some people also leave milk and carrots for the reindeers.

4) It is said that candy canes date back to the 16th century in Germany, where the choirmaster handed out candy sticks to keep the children entertained during the Living Creche ceremony. In honour of this, they went bent into the shape of a shepherds crook, which is why they have their bent shape.

5) In Poland, spiders or spider webs are considered symbols of good at Christmas time, as they believe a spider wove a blanket for baby Jesus.

6) The largest Christmas present of all time is the one which France gave to America in 1886. That present was the Statue of Liberty!

7) Christmas is also known as Xmas, which comes from the first letter of Jesus Christ's name in Greek being an X.

How Did Christmas Begin?

If you're interested in the history of Christmas here are some exciting facts to learn more about how it all began.

8) It is believed that it took the three kings 12 days to reach Jesus Christ, which is why we say the 12 days of Christmas.

9) Christmas is celebrated around the world, the tradition started as it is the day which baby Jesus was born on.

10) Christmas became an official holiday back in 1836 when it was declared in Alabama which is in the United States as a federal holiday.

11) Many people today enjoy Christmas even if they are not religious as it has become a holiday which is about sharing joy and spending time with loved ones. As well as eating lots of lovely food, singing carols and of course, getting presents.

Many of us have a Christmas tree in our house in the lead up to Christmas, but where did the tradition come from and which trees do we use?

12) The first Christmas trees were decorated within Roman times, with candles being used a later date to light up the tree. Electric lights on the tree were introduced in 1895. The shape of the bauble was first used to mirror the fruit, which was once on the trees.

14) There are more than 630 different types of Christmas trees to choose from.

15) Franklin Pierce was the first US President to put up an official Christmas tree in the White House, and President Teddy Roosevelt banned them from the White House in 1901 due to their impact on the environment.

16) Almost all trees are sheared to their shape to allow them to look like the proper Christmas tree shape, which we all know and love.

17) There are roughly 36 million Christmas trees produced each year, with a tree taking 7-10 years to fully mature.

Want to learn more about Santa and find out how other countries celebrate Santa? Take a look at these Christmas facts for kids!

18) Santa Claus has several different names depending on the country you visit. In France, Santa is referred to as Papa Noël, in Greece he is known as Ayios Vassileios and in Turkey they call Santa Claus Noel Baba. The total number of Santa names around the world is over 30.

19) Around the world, kids put up their stockings ready for Father Christmas to visit, however in The Netherlands, they put their shoes out instead.

20) St Nicholas was a rich man when his parents died, so used the money to make kind gestures for others, helping the poor and giving secret gifts to those who need it. Including bags of gold down the chimney, with St Nicholas assisting others in need.

Fun Facts About Christmas For Kids

If you're looking for a fun Christmas fact you've come to the right place, here are 4 of the best Christmas facts for kids around.

21) The smallest Christmas card in the world was created by Scientists at the University of Glasgow, and it is invisible to the human eye, it is so small that it can fit onto a regular-sized Christmas card around half a million times.

22) The first Christmas tree at Rockefeller Center was put up in 1931. However, it was a far way away from what it is today. The tree was 20ft tall but didn't have any ornaments. But then, two years later a 50 ft tree emerged with over 25,000 lights which is what we know and love today. This is now considered a traditional Christmas gift to New York.

23) Christmas crackers have been around since 1846 in London which was started by Tom Smith after he visited France and saw their 'bon bon' which is almonds wrapped in pretty paper. He then tried this in England and included sweets and a small motto or quote. However, this idea did not take off, until he came up with the idea to pull apart these crackers and have sweets and toys come out.

If you're looking to impress with your weird Christmas knowledge, share these interesting facts about Christmas with your friends.

24) If you had every present mentioned in the Christmas song Twelve Days of Christmas, you would have 364 gifts.

25) Over in Japan, the modern festivities often involve eating a KFC on Christmas day, with over 3.6 million Japanese families tucking into the fast-food chicken. It's one of those popular Christmas traditions which stuck.

26) Mince pies started out as a tradition only for the rich with those who were the richest in Stuart and Georgian times hosting parties and showing off their pies which were made in different shapes.

27) The largest Christmas themed Gingerbread house was made as a real house in 2013, although the floor was made out of wood, the rest of the house complied fully of gingerbread, made from a lot of ingredients including 7200 eggs!

28) The biggest Christmas cracker pull was done by 1,478 people at an event organised by Honda in Japan in 2009. 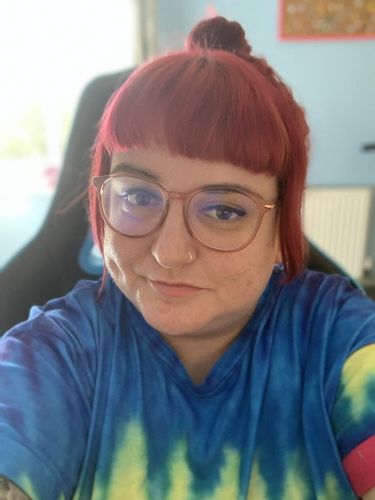