The KS2 History curriculum explores the world of Anglo-Saxons as a part of British history, starting with the Stone Age and ending with the Viking and Anglo-Saxon struggle for power.

The perfect way to get children engaged with the Anglo-Saxon period is to learn all about the culture, language and lifestyle of these Anglo-Saxon people. We can compare their livelihoods to our modern day life and identify just how much things have changed. Whether you want to help with a piece of homework, learn more about your child's curriculum, or simply wish to understand how the Anglo-Saxons used to dress, look no further than our clothing fact file. What's more, there are a few crafts to get stuck into, if you want to take their homework to another level!

What Did The Anglo Saxons Wear?

Anglo Saxon clothes were often all handmade and produced from natural materials. They were very talented people!

Men: The Anglo Saxon men wore a knee-length tunic, made either from wool or linen. They would then have woollen trousers underneath this, but some Saxons couldn't even afford those! Those with a little more money would have leather belts to hold their trousers up, which would hold their tools. Shoes were handmade with leather, tied up with laces.

Women: The Anglo Saxon women wore a linen tunic as a base layer, to be worn underneath their other clothes. Over the top of this, they would wear a full-length pinafore, called a "peplos" and this would be held up by a brooch on either shoulder. These brooches were often decorated as the women loved a bit of jewellery!

Anglo Saxon jewellery was an important part of a woman's outfit- whether it was necklaces, bracelets or rings, they would wear them if they could! The Saxons were especially good at making glass, so glass beaded necklaces were a common appearance in Anglo Saxon England.

When Christianity started to grow popular in Anglo Saxon England, the women were then encouraged to cover their heads. At this point, long veils were worn which came down to the ankles, but as Christianity continued, the women's clothing changed even more.

The main characteristics of Anglo-Saxon dress were simply natural, handmade and practical!

What Did Anglo Saxon Children Wear?

Anglo Saxon clothes for children were very similar to their parents, so many children wore tunics. The young boys and men wore a tunic over a sleeved top, tied round the waist with a leather belt. They would wear trousers too, but much like their parents, if there wasn't enough money they would go without!

The young girls and women would also wear a tunic but these were a bit longer than the tunic their brother or father would wear. They didn't need to have trousers underneath. These were fastened with a brooch on either shoulder, and a belt around the middle. A knife would be attached on here, as these were used for domestic chores during the day.

What Colours Were The Clothing?

The colour of your Anglo Saxon clothing was based on wealth. The poorer Saxons would have clothes made from natural materials and leather, so they would often have brown, black, green or yellow coloured clothes. The most common materials were wool and linen. They were extremely plain, with the occasional decorative pattern or brooch.

The wealthier Anglo Saxons would have their clothing dyed, so they often wore bright colours. Some even had silk robes. Silk was a material reserved only for the richest people. They would also wear bright, decorative brooches and jewellery which distinguished them from the poorer Saxons.

Get Thinking About Anglo Saxon England!

Saxon clothes are just one part of the lifestyle kids can learn about. Here are some questions to get your child thinking about Anglo Saxon England:

2) What Was A Normal Day For Anglo Saxon Children? Find out about what children did, including the domestic chores and games they played.

3) What Are The Different Jobs Anglo Saxons Could Do? Anglo Saxon people were very clever, talented people, so you could find out more about what they did and how they made so many different things.

4) How Did The Anglo Saxons Farm? Did you know that they were the first real farmers in England? Perhaps this is an interesting area to explore?

5) Who was Alfred The Great? This period in History saw lots of many famous Kings, but why was Alfred so important?

6) Was There Religion in Anglo-Saxon England? Christianity was present in the Anglo Saxon, but to what extent was religion a part of their culture? Find out some more about religion and beliefs in British history if you fancy even more research.

Why not try making an Anglo Saxon clothing brooch, some homemade Saxon food or even a children's rag doll! Have a look at the list below to bring kids' learning to life.

Make A Clothing Brooch: The women wore these to fasten their tunics, so why not make your very own. Decorate with jewels and wear with pride... just click here to find how!

Make Homemade Saxon Cakes: This easy recipe can make 12 honey oat cakes exactly as the Saxons would have done it. Everything you need to know can be found here.

Make An Anglo Saxon Helmet: Whilst not everybody would have worn a helmet, the soldiers would have had lots of protection to wear when they went to battle. Find everything you need to know just here.

Make An Anglo Saxon Rag Doll: The children would have played with homemade toys, so why not make your own rag doll! Find the instructions here to bring the culture to life. 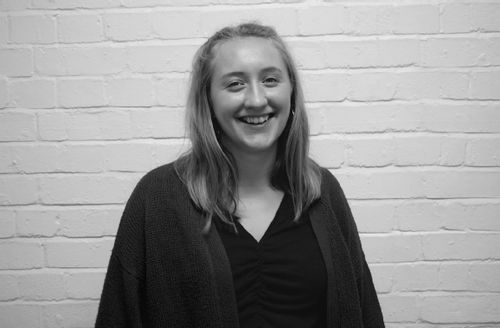