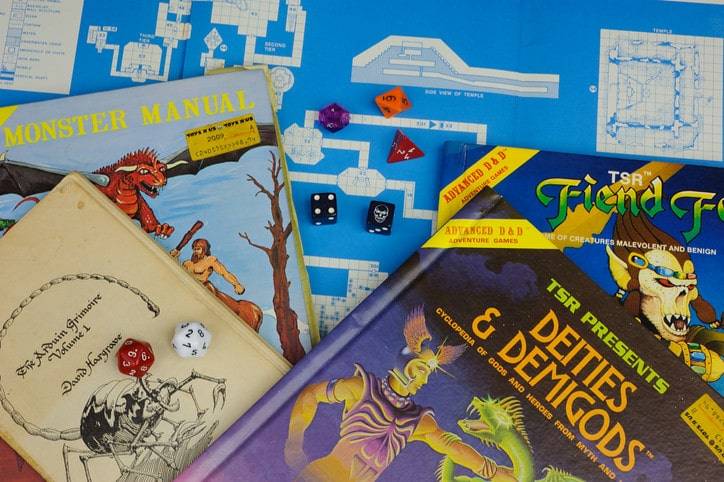 Dungeons and Dragons is a celebrated role-playing tabletop game that has a lot of imaginary creatures in the game.

One of the most innovative creations of D&D is the introduction of Tieflings. Tieflings are humanoid creatures that are derived from the human bloodline.

Tiefling names have a special significance to them.  The names have three categories. Some are derived from the Infernal language. Others have names that reflect their culture. Tieflings are minorities in human groups and they can be both male and female. Due to their internal heritage, they are suspected of being a nefarious race in D&D. They have large horns and sharp canines but their skin tone is similar to human beings.  They do have surnames, though they will focus more on their first name or virtue names. A Warlock is considered as the best class for a tiefling.

Take a look at these for more names from DND: Tiefling Last Names and Aarakocra Names.

1. Arshoon (Derived from Arshu), meaning "Tears of Joy". A  great name for a tiefling wizard.

2. Euphoria (Ancient Greek origin) meaning "to bear". It means happiness and can be a great virtue name for a half orc.

3. Gueshoon: a name of a wise Tiefling.

7. Malevira, derived from Malavida, a Spanish word which means 'low life'. A name for a rising rogue tiefling.

8. Nephviri, derived from Nefertiti, a queen from ancient Egypt.

10. Quaki, Derived from Quake, meaning "tremble". One of the last names for a naughty tiefling.

11. Valxi, Derived from the Sanskrit poet, Valmiki, who wrote the epic poem,  Ramayana.

12. Xarrai, Derived from Hebrew origin, meaning "my Princess". A name for a royal female tiefling.

14. Zilla (English origin) refers to an English slang which is used as a suffix to signify a monster. An example is the name, Godzilla.

Male tiefling names are strong. Some of the strong male names are:

15. Amus (Arabic origin) meaning "uncle". Could be used for a  wizard.

17. Casthos, derived from the Greek word, Castor, meaning "to shine".

18. Damakos (Nepali origin) refers to a municipality in Nepal. A wonderful name for a  who came from far away.

20. Erthor, from Elder Scrolls Oblivion and refers to a sorcerer.

21. Guxes is derived from Guys and could be one of the legendary and yet modern last names.

24. Mordai, derived from the Hebrew word, Mordechai, which means Warrior.

25. Thecius, derived from Greek, refers to the Athenian king, Theseus.

26. Valcrius, derived from the Latin word, Valerius, which means "healthy".

27. Xarmir, this name could be derived from Kashmir, which is often called Heaven on Earth.

Tieflings have special virtue names that can define their future character. Here are some unisex tiefling names:

Kidadl has lots of great names articles to inspire you. If you liked our suggestions for Tiefling Names then why not take a look at Fire Genasi Names, or for something different take a look at Shaman Names.