100+ Barbarian Names From History For Your Dungeons And Dragons Characters 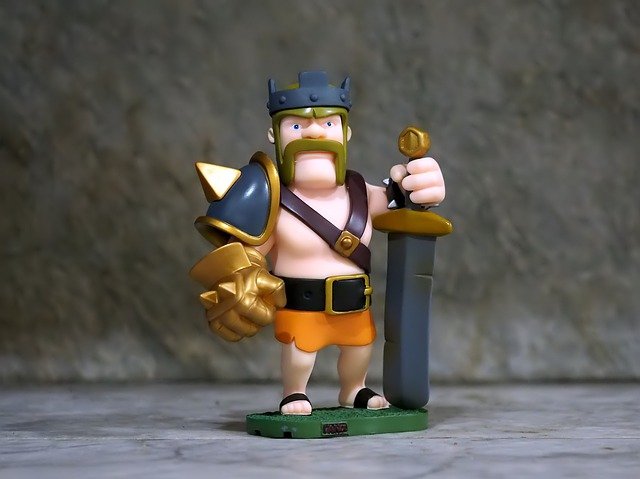 'Dungeons And Dragons' is one of the most renowned role playing games in history.

In fact, it’s the game that is credited with starting the role playing genre. In the game, players can choose from a variety of character classes and name their characters.

One of the character classes most commonly chosen by players of the game is the barbarian class. In the game, the barbarians are known for their brute strength and warrior-like skills in battle. Their hallmark is their uncontrolled rage that can have devastating effects on enemies.

Historically, the term ‘barbarian’ was first used in the world by the Greeks and the Romans to describe people who weren’t a part of either empire. So, let’s take a look at more than 100 of the best famous barbarian names you can select for your 'Dungeons And Dragons' characters and the fantasy world beyond.

For more naming ideas, take a look at these Viking last names or these Valkyrie names.

If you’ve chosen a male barbarian as your character in 'Dungeons And Dragons,' here are some barbarians' names to consider.

1. Alaric (Germanic origin) - Alaric the Goth was one of the most famous barbarians who captured Rome in 410 C.E. and looted the city.

4. Attila (Central European origin) - One of the most feared ancient barbarians, Attila the Hun, pillaged and plundered the European continent when he was at the peak of his powers.

5. Berenger (Germanic origin) - This name means “warrior who fights with a spear.”

6. Boris (Slavic origin)- Boris is a name that means “to fight.”

7. Charlemagne (Germanic origin)- Charlemagne’s original name was Carolus Magnus, and he was the ruler of the Frankish barbarian tribes and was a conqueror of many different places in Europe.

14. Gautier (French origin)- Gautier is a name that means “ruler of an army.”

15. Genseric (Germanic origin) - Genseric or Gaiseric was the king of the Vandals during the fifth century CE, one of the most feared barbarian groups.

16. Gundahar (Germanic origin)- Gundahar was a famous Burgundian king who was known for his skills in battle.

19. Hartwig (Germanic origin)- Hartwig is a name that means “courageous in battle.”

21. Hermann (Germanic origin)- Hermann was a notorious barbarian who ruled the Cherusci, a Germanic tribe.

24. Junaid (Arabic origin) - Junaid is a name that means “warrior."

28. Lothar (Germanic and Viking origin)- The name Lothar has its roots in both Germany and Scandinavia, and it means “famous army.”

35. Mordecai (Hebrew origin)- Mordecai is a name that means “follower of Marduk.”

39. Odoacer (Barbarian origin)- Odoacer was a famous barbarian known for bringing down the Roman Empire in the fifth century CE.

40. Ptolemy (Greek/Thracian origin)- Ptolemy was one of the generals in Alexander’s army, and this name means “aggressive.”

41. Ragnar (Viking origin)- Ragnar Lothbrok was one of the most famous Viking rulers, and the name means “warrior.”

43. Satriya (Indonesian origin)- Satriya is a name that means “knight.”

47. Troy (Celtic origin) - Apart from historically being a place that defied the Greeks, Troy is a name that means “foot soldier’s descendant.”

54. Artemisia (Greek origin)- Artemisia I of Caria was an ally of Xerxes I, King of Persia, and was known for being intelligent and ruthless in battle.

56. Bathilda (German origin)- Bathilda is a name that means “battle.”

58. Brunhilda (Viking origin)- Brunhilda is a name that means “armed for battle.”

62. Eurydice (Greek/Illyrian origin)- Eurydice was Cynane’s daughter and was as brave and skilled on the battlefield as her mother.

63. Fu Hao (Chinese origin)- Lady Fu Hao was a part of the Shang Dynasty of ancient China and served as both a military General and a High Priestess.

68. Hereswith (Saxon origin)- Hereswith is a rare name that has its roots in the Dark Ages, and it means “strength of the army.”

74. Marcheline (French origin)- Marcheline is a name that means “warrior.”

76. Martina (Iberian origin)- Martina is a name that means “warlike.”

79. Olympias (Greek/Thracian origin)- Olympias was Alexander The Great’s mother and one of the greatest female Greek warriors.

87. Veerle (Germanic origin)- Veerle is a name that means “travel to battle.”

If you’re looking for names that you can give to either male or female characters while playing 'Dungeons And Dragons', read on.

100. Malin (Celtic origin)- Malin is a name that means “strong” and “little warrior.”

101. Martia (Latin origin)- This name has its roots in Latin and Spanish and means “warlike.”