100 Best 4 Letter Girl Names That Are Short And Sweet 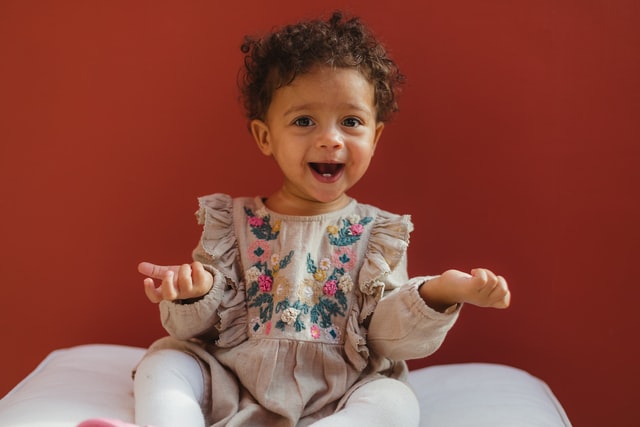 Choosing the right short name for your baby girl can be a challenging task.

A four letter baby name for your girl is both sweet and elegant. Many parents love the idea of choosing girl names with 4 letters as they are short and sweet, making them easy for kids to learn and pronounce.

This list has 100 different short names for girls that you can consider for your baby.  All these 4 letter names have a unique meaning, helping you to decide which baby name is most suitable for your baby girl.

To find more ideas for names, take a look at these short boy names or these one syllable girl names.

3.Bela (Hungarian origin) meaning “cordial”. This baby name was the name of the female protagonist of the 'Twilight' series.

8.Dona (Italian origin) meaning "lady". Dona is the name of a famous secretary from the series 'Suits'.

10.Dove (American origin) meaning "bird of peace". Dove is the name of a famous beauty brand known for its soaps and shampoos.

11.Faye (French origin) meaning "loyalty". There are many famous actresses from this name such as Faye Dunaway,  Faye Yu, and Faye Marsay.

17.Rose (Latin origin) meaning "flower". Rose was the name of the female protagonist of the classic movie 'Titanic'.

19.Shay (Irish origin) meaning "hawk".  Shay is the name of a very popular character from 'Game Of Thrones'.

20.Soul (Germanic origin) meaning "spirit and essence of a person".

21.Zora (Slavic origin) meaning "dawn". Zora is a type of race in the series of video games,  'Legend Of Zelda'.

40.Nala (African and Sanskrit origin) meaning "gift" or "stem". This baby name is associated with Nala, who was the lioness in the movie 'Lion King' and was a dear friend to Simba.

42.Tess (English or Greek origin) meaning "to harvest". This name is associated with a character in the novel, 'Tess Of The d’Urbervilles' by Thomas Hardy.

43.Zoey (Greek origin) meaning "life". This baby name has been associated with a famous character from the popular series 'How I Met Your Mother'.

44.Hope (English origin) meaning "desire of fulfilment". In 'Ant-man', Hope is one of the main characters.

Short names are really pretty and cute. Here are some pretty four letter names for girls with their meaning -

46.Brea (American origin) meaning  "beauty beyond imagination". This is one of the more unique baby names as it is the name of a city in California as well.

50.Dior (French origin) it means"golden". It is the name of a famous French luxury brand.

51.Dara (Hebrew origin) meaning "pearl of wisdom".  According to the Bible, Dara was the name of a descendant of Judah.

52.Dora (Greek origin) meaning "god's gift". This name is associated with the famous cartoon character Dora from the show 'Dora The Explorer'.

59.Emma (Germanic Origin) meaning "whole". In the famous TV show 'Friends', the name of  Ross and Rachel's daughter was Emma.

61.Febe (Greek origin) meaning "bright" and "pure". The name can be linked with one of the six friends from classic TV show 'Friends'.

63.Lucy (English and French origin) meaning "daylight". Actress Lucille Ball was a famous actress and comedian majorly known for her sitcoms such as 'The Lucy Show' and 'Life With Lucy'.

64.Jean (Greek origin) meaning "the Lord is gracious". Jean was the name of the ultimate crush of Peter Parker from 'Spiderman'.

Here are some four letter girl names that read the same from start to end and end to start, also known as palindromes. These baby names are a wonderful option for your new baby duaghter.

78.Onno (Dutch origin) meaning "generous". This name can be linked to Yoko Ono, the wife of the famous Beatles vocalist, John Lennon.

4 Letter Girl Names Beginning With A

Here is a fascinating list of amazing baby names for girls beginning with A.

At the other end of the alphabet, these names all begin with Y and have just four letters.

88.Yolo (English origin) meaning "one should live life to the fullest". This name got highly popular after Canadian rapper Drake's 'The Motto Song'.

89.Yoko (Japanese origin) meaning "good or positive". This is a popular four letter girl name that starts with y and end with o.

The 'Le' sound before a name makes it even sweeter.  Hence, we have prepared this compact list of four letter names for girls starting with 'Le'.

91.Lena (Arabic origin) meaning  "generous and kind".  Lena Dunham was the creator of the famous TV show, 'Girls'. Lena Headey is a famous character from the popular series 'Game Of Thrones'.

98.Levi (Hebrew origin) meaning "joined". According to the Bible, the third child of Judah and Leah was named Levi.