27 Best 'A Wrinkle In Time' Quotes 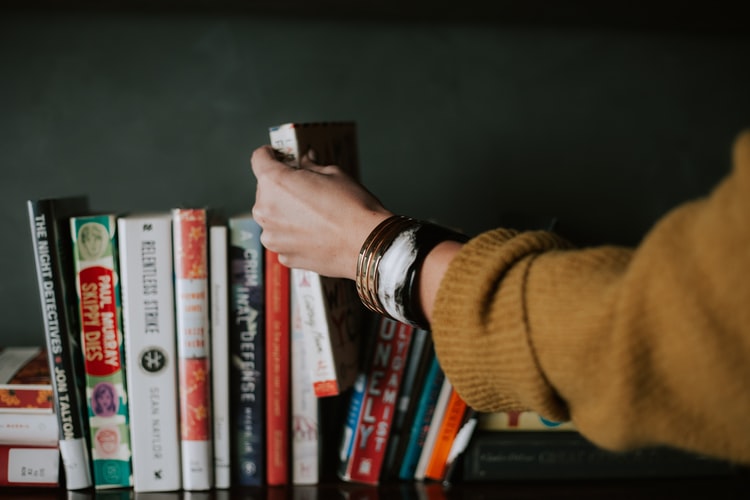 ‘A Wrinkle in Time’ is a novel written by Madeleine L'Engle.

It was published on 1 January 1962. The book has also been adapted into a film with the same name.

The movie, directed by Ava DuVernay, was released in 2018. The movie is a science fiction adventure film written by Jennifer Lee and Jeff Stockwell. Another adaptation of the book is the television fantasy film released in 2003. It was directed by John Kent Harrison. Both the movies are Disney productions.

Madeleine’s book won many awards, including the Newbery Medal, the Lewis Carroll Shelf Award, and the Sequoyah Book Award. The novel is themed around spirituality and purpose and is set in a science fiction setting. The conflicts in the story involve love, goodness, and dignity.

The book was originally rejected by around 26 publishers because they considered it to be too different and doubted if it really was a children’s book. One thing that was uncommon about the book at that time was that it was a science fiction book with a female protagonist. The book was finally published by John C. Farrar in 1962 and later went on to win many awards. The latest issue of the book published by Square Fish came out in 2007.

The main characters of the book are Margaret 'Meg' Murry, Calvin O'Keefe, and Charles Wallace Murry. Mrs. Whatsit, Mrs. Who, Mrs. Which, and the Black Thing are also present in the form of supernatural characters in the book.

The story is about Meg Murry, who meets Mrs. Whatsit and hears her referring to a concept called tesseract. Tesseract was the scientific concept on which Meg’s father was working before disappearing mysteriously. Meg, her brother Charles Wallace and her friend Calvin O’Keefe visits Mrs. Whatsit the next day and also meet Mrs. Who there. They also hear the voice of Mrs. Which, who helps Meg to rescue her father. The three supernatural characters (Mrs. Who, Mrs. Whatsit, and Mrs. Which) transport Charles, Meg, and Calvin through the universe, telling the children that the universe is under the attack of the 'Black Thing', which is the personification of evil. The trio is taken to Camazotz, the planet where Meg’s father is trapped, and they meet her father, Alexander, there. The planet has succumbed to the Black Thing. After a series of incidents at this planet, the kids return safely to the earth and the three supernatural beings leave the planet.

The novel has many divine influences in the story, and it was also praised for empowering young female readers. The intellect and curiosity of Meg Murry and her ability to understand things helped her to save the world from evil, which received appreciation from critics.

If you like these 'A Wrinkle In Time' quotes, you might enjoy other sayings and quotes too. Check out these Charles Dickens quotes and [Lemony Snicket quotes] too!

Mrs. Who Quotes From 'A Wrinkle In Time'

Book lovers listen up! Mrs. Who is a supernatural character in the book. She communicates in Spanish, Latin, French, German, Greek, and Portuguese, and she can travel across large stretches of time and space. Some of the best 'A Wrinkle In Time' quotes by Mrs. Who are given below.

1. "Nothing is hopeless; we must hope for everything."

- Mrs. Who, quoting Euripides, 'A Wrinkle In Time'.

2. "The heart has its reasons, whereof reason knows nothing."

- Mrs. Who, quoting Shakespeare, 'A Wrinkle In Time'.

4. "How small is the earth to him who looks from heaven."

'A Wrinkle In Time' Quotes About Love

A list of sayings about love from the book is found below. Why not share some an 'A Wrinkle In Time' quote or any Madeleine L'Engle quotes with your friends?

6. “Life, with its rules, its obligations, and its freedoms, is like a sonnet: You're given the form, but you have to write the sonnet yourself."

7. “If she could give love to it perhaps it would shrivel up and die, for she was sure that it could not withstand love.”

8. “Love, she insisted, is not power, which she considered always coercive. To love is to be vulnerable; and it is only in vulnerability and risk—not safety and security—that we overcome darkness.”

Mrs. Whatsit Quotes From 'A Wrinkle In Time'

11. “You see, though we travel together, we travel alone.”

Meg Murry Quotes From 'A Wrinkle In Time'

Margaret 'Meg' Murry is Alexander and Katherine’s eldest daughter in the novel. She is the closest to her younger brother Charles, and she later marries Calvin O'Keefe. She is the first character to meet Mrs. Whatsit and go on an expedition to find her father, Alexander, along with her brother and friend. Some of the sayings by Margaret 'Meg' Murry in the book are given below.

14. “If you aren't unhappy sometimes you don't know how to be happy.”

15. "I guess I never thought of that. I guess I just took it for granted."

Famous Sayings From The Book

Some famous 'A Wrinkle In Time' quotes by Madeleine L'Engle are listed below.

16. “Well, you know what, you’ve got dream-boat eyes... Listen, you go right on wearing your glasses. I don’t think I want anybody else to see what gorgeous eyes you have.”

17. "Do you know that this is the first time I've seen you without your glasses?"

18. “All of those who are willing to face the darkness bring the best of themselves to the light, for the world.”

19. “People are more than just the way they look.”

The Best 'A Wrinkle In Time' Quotes

A list of best sayings from the book by Madeleine L'Engle is given below.

20. “I don't understand it any more than you do, but one thing I've learned is that you don't have to understand things for them to be.”

21. "You're going to be tested every step of the way. Have faith in who you are."

22. “The joy and love were so tangible that Meg felt that if she only knew where to reach she could touch it with her bare hands.”

23. “We were sent here for something. And we know that all things work together for good them that love God, to them who are called according to his purpose.”

24. Isn’t it wonderful? I feel as though I were just being born! I’m not alone anymore! Do you realize what that means to me?”

Charles Murry Quotes From 'A Wrinkle In Time'

Charles Murry is Margaret Meg Murry’s younger brother and Alexander and Katherine’s son. He accompanies his sister to find their father. He is intelligent, smart, telepathic, and sensitive. Some of the sayings by Charles Wallace Murry from 'A Wrinkle In Time' are given below.

26. "In other words, to put it into Euclid, or old-fashioned plane geometry, a straight line is not the shortest distance between two points."

27. “Thinking I'm a moron gives people something to feel smug about... Why should I disillusion them?”

Here at Kidadl, we have carefully created lots of interesting family-friendly quotes for everyone to enjoy! If you liked our suggestions for 25+ of the best 'A Wrinkle In Time' quotes from Madeleine L'Engle, then why not take a look at these [Narnia quotes] or funny 'Harry Potter' quotes for more?