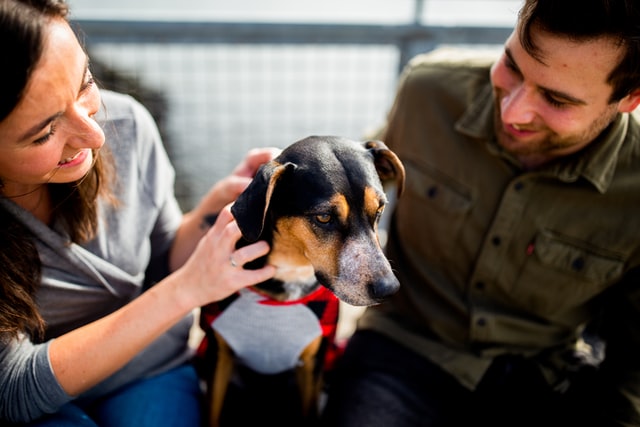 African dog names are some of the best names for you to consider for your pet.

An African dog name will make your dog stand out from the crowd. It will guarantee you a great backstory for your pet's name and be an easy conversation starter too.

African dog names are excellent options for any pet lovers or animal enthusiasts. They are catchy, bold, and downright trendy. It doesn't matter if you have an African dog or not; these names are sure to dazzle you and make you excited. African names for pets are extremely well-liked throughout the world, and they even make an appearance in several Disney movies. Here's a list of male African dog names and meanings.

2. Abeeku (Ghanaian origin) meaning "one who is born on Wednesday".

4. Aboderin (Yoruba origin) meaning "one who walks with the hunters".

8. Chike (Igbo origin) meaning "power of God". It is a well-known proverb in the Igbo dialect.

22. Rafiki (Swahili origin) meaning "friend". Rafiki is a popular name throughout the world because of the global success of 'The Lion King'.

23. Shenzi (Swahili origin) meaning "savage".  African dogs are known to be great hunters and explorers because of their knowledge of large terrains.

28. Thulani (Zulu origin) meaning "be comforted". An African dog will love you, unconditionally and make you feel comforted.

29. Tindo (Swahili origin) meaning "active". Extremely active dogs are easier to find because they make a lot of noise.

African dog names are known all across the world for their charm and presence. Wild dogs have been faithful companions to many African tribes for centuries. Therefore, many traditional and modern African wild dog names are excellent options for prospective pet owners.  Here's a list of female African dog names with their meanings.

34. Amina (Swahili origin) meaning "trustworthy". Amina is a popular name for dogs, as well as people.

35. Atieno (Luo origin) meaning "born at night". Atieno is a beautiful dog name for any dog born in the night time.

38. Bohlale (Sotho origin) meaning "wisdom". Border collies have often been considered to be one of the smartest dog breeds due to their quick wit and sharp reflex skills.

45. Mbwa (Swahili origin) meaning "dog". Mbwa is one of the names that mean dog.

47. Nala meaning "lion". Nala is famous for being the name of Simba's mother in 'The Lion King'. Nala was a powerful queen who stood up for what she believed.

48.  Ndidi (Igbo origin) meaning "patience". Patience is an admirable virtue in most dogs.

52. Rudo (Shona origin) meaning "love". For those who wish to bestow upon their pets an adorable name, Rudo would be the way to go.

Do you want to find the perfect name for your dog? Well, what about an African name? Africa is known to be an enormous melting pot filled with diverse cultures, ethnicities, and traditions. Therefore, there are thousands of eclectic African dog names that could be perfect for your dog. African names are some of the most versatile names on the planet. Here is a list of African names that are unisex so that they can be used for both male and female dogs.

61. Abayomi (Yoruba origin) meaning "he came to bring me joy and happiness".

64. Adebola (Yoruba origin) meaning "honor is brought to her".

67. Bakang (Tswana origin) meaning "to give praise to God".

69. Biebele meaning "happiness". Biebele is one of the best options for pet owners with cheerful dogs.

74. Lwandle (Zulu origin) meaning "ocean". The poodle gets its name from 'pudeln', the German word for "splash". They are known to be great swimmers, so the ocean would be a great spot to take them for a trip.

76.  Moja (Swahili origin) meaning "one". Moja was born from the thought that people are stronger together rather than alone.

80. Nkechi (Igbo origin) meaning "gift of God". Even with male dogs, Nkechi will be a standout star.

82. Ode (Beninese origin) meaning "born along a road". Ode can be a perfect choice If you're looking for female African dog names for your pet.

88.  Tezi meaning "one who stays". If you don't have an African dog but still want to choose an African name, Tezi could be a good match.

89. Tholakeke meaning "found". Golden retrievers are great at finding things in the wild and often help guide people who are blind.

The Rhodesian ridgeback is one of the toughest breeds in the whole African continent. It was previously called the 'African Lion Hound' due to its ability to tackle a lion singlehandedly.  It is assumed that they were developed as a result of cross-breeding between local and European breeds. Every dog deserves a powerful dog name. Here is a list of powerful female and male African dog names that can make any dog stand out from the crowd.

93. Aza (F) (Swahili origin) meaning "powerful". Aza is known as one of the most popular African girl dog names.

98. Chisulo (M) (Malawian origin) meaning "steel". Chisulo is a great dog name for those looking for a powerful name for their pet.

99. Chuki (F) (Swahili origin) meaning "born in a time of strife and hatred".

101.  Faizah (F) (Swahili origin) meaning "victorious". Any female terrier would come across as fierce with a dog name like Faizah.

103. Fenyang (M) (Botswanan origin) meaning "conqueror". Fenyang is an excellent choice for a Rhodesian ridgeback name because of its assertiveness.

107.  Gamba (M) meaning "warrior".  The Basenji is an African dog that is known is be astute and independent.

108. Jabari (M) (Swahili origin) meaning "brave one". With a name like Jabari, nobody would wish to come across your terrier.

109.  Jelani (M/F) (Swahili origin) meaning "powerful".  Jelani is one of the most mighty Rhodesian ridgeback names in the world.

117. Ropo (M) (Yoruba origin) meaning "come to save". Ropo is a good option for those looking for Rhodesian names since the breed is extremely protective of its pack.

118. Roro (M/F) meaning "fierce". Roro is an excellent African name for small breeds such as pugs or terriers.

120.  Zuberi (F) (Swahili origin) meaning "strong". Zuberi emits an extremely potent vibe and is sure to make your pet's name memorable to everyone.