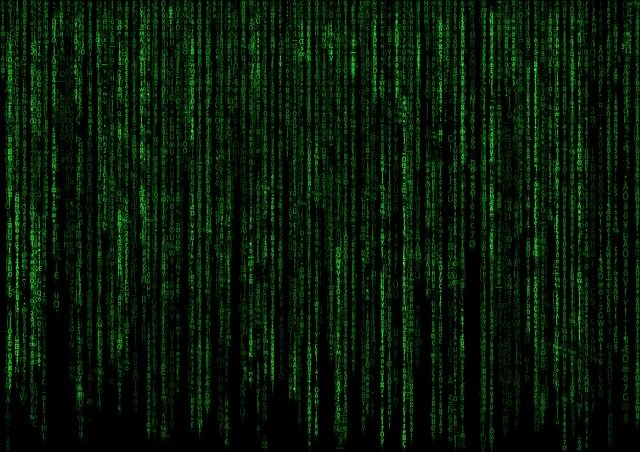 The Matrix is a 1999 American science fiction and action film, trailing a blaze for postmodern texts that will define the upcoming generation.

Directed by the famous Wachowski brothers, the Matrix is a unique blend of style and content. It gives its audience characters and a storyline that is relatable and very relevant to contemporary society.

As Roger Ebert, the famous film critic said, "'The Matrix' is a visually dazzling cyber adventure, full of kinetic excitement." The movie features some interesting elements. Agent Smith is a fictional character from the movie, played by actor, Hugo Weaving. He is the primary antagonist, and his serious demeanor and his monotonous tone set him apart as a character and make him really memorable. Agent Smith is the Chief Agent of a group of agents from the Matrix, who is an AI program designed to break down the simulacra and consequently, the reality that has been created from simulation. Agent Smith is pitted against the protagonist Neo also referred to as Mr Anderson. Agent Smith is one of the most relatable characters that 'The Matrix' movie ever presented. He is cynical, cunning, calculating and cold. But he still manages to win the hearts of many.

Listed below are some inspiring and notable Matrix Agent Smith quotes that you will really relish and that will satisfy the wants of the 'The Matrix' nerds. If you like these and would like to enjoy more such content, please visit Matrix Quotes and Keanu Reeves Quotes.

Mr Smith quotes are some of the most awe-inspiring quotes in all of popular culture. While famous matrix quotes and best matrix quotes have become insanely popular across the board, we couldn't help but come up with an essential Matrix quote list. Here's presenting the best of 'The Matrix' quotes.

1. "Human beings are a disease, a cancer of this planet."

4. "It seems that you've been living two lives. One of these lives has a future, and one of them does not."

5. "Have you ever stood and stared at it? Marvelled at its beauty, it's genius. Billions of people, just living out their lives... oblivious. "

6. "But I believe that, as a species, human beings define their reality through misery and suffering. The perfect world was a dream that your primitive cerebrum kept trying to wake up from."

Neo: Because I choose to!"

10. To Neo: "Illusions, Mr. Anderson. Vagaries of perception. Temporary constructs of a feeble human intellect trying desperately to justify an existence that is without meaning or purpose."

12. "Agent Smith: We're willing to wipe the slate clean, give you a fresh start. All that we're asking in return is your cooperation in bringing a known terrorist to justice.

Neo: Yeah. Well, that sounds like a pretty good deal. But I think I may have a better one."

13. "Did you know that the first Matrix was designed to be a perfect human world? Where none suffered, where everyone would be happy. It was a disaster. No one would accept the program."

14. Agent Smith (to other agents): "Find them and destroy them."

Agent Smith: I know it does. I have seen it. That's why the rest of me is just going to enjoy the show because I already know that I'm the one that beats you."

16. To Neo: "And all of them as artificial as the Matrix itself, although only a human mind could invent something as insipid as love. "

18. To Neo: "You destroyed me, Mr. Anderson. Afterward, I knew the rules, I understood what I was supposed to do, but I didn't. I couldn't."

21. To Morpheus and Neo: "Go ahead, shoot. The best thing about being me…there's so many of me."

- Agent Smith, talking about his ability to clone, 'The Matrix Reloaded', 2003.

22. "I'd like to share a revelation that I've had during my time here. It came to me when I tried to classify your species, and I realised that humans are not actually mammals."

-Agent Smith, talking about human beings and the futility of their existence, 'The Matrix', 1999.

23."Every mammal on this planet instinctively develops a natural equilibrium with the surrounding environment, but you humans do not."

-Agent Smith, talking about human beings and the futility of their existence,' The Matrix', 1999.

24. "You move to an area and you multiply and multiply until every natural resource is consumed and the only way you can survive is to spread to another area. There is another organism on this planet that follows the same pattern. Do you know what it is? A virus."

25. "Lieutenant: I think we can handle one little girl. I sent two units, they're bringing her down now.

Agent Smith: No lieutenant, your men are already dead."

26. To Neo: "Still using all the muscles except the one that matters?"

At one point in the movies, the audience comes to realize the kind of sadist outlook that Agent Smith has. Here are some of them that you may enjoy.

28. To Neo: "I killed you, Mr. Anderson, I watched you die; and with a certain satisfaction, I might add."

Another one of Smith's exceptional characterization attributes allows him to be existential. We bring you some of them so that you can relate to them too.

-Agent Smith, talking about the failure of the first version matrix and of the coming evolution of the machines, 'The Matrix', 1999.

Here at Kidadl, we have carefully created lots of interesting family-friendly quotes for everyone to enjoy! If you liked our suggestions for Agent Smith quotes then why not take a look at '90s Quotes or American beauty quotes.