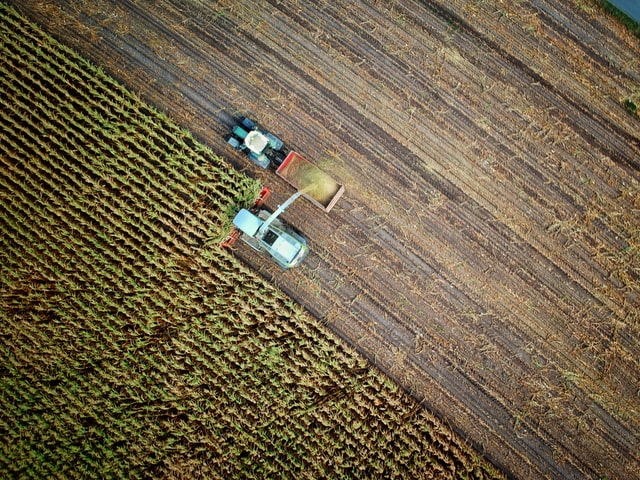 Farming is all about getting in touch with the earth around us.

Are you looking for great funny and meaningful agriculture quotes? You might even want to read some funny farm sayings and funny farming quotes alongside some funny farmer quotes to get in touch with the whole Green revolution.

Farming has come a long way since its beginning! It is said that during the first Agricultural Revolution, which started around the 10,000 B.C. it came into prominence when the nomadic tribes started growing crops. The Industrial Revolution, from 1700 AD to 1900 AD helped usher the second Agricultural Revolution which led to faster and more efficient farming technology being discovered. And last but not the least, the Green Revolution in the late 20th century saw population growth and the creation of genetic engineering, chemical fertilizers and biotechnology further aiding the mass production of agricultural goods.

So, let's go through our great list of quotes! For more quotes, take a look at these Farm Quotes and Farming Quotes.

Here are some great farming quotes for people who enjoy some farming family quotes!

1. “Farming looks mighty easy when your plow is a pencil, and you’re a thousand miles from the corn field.”

2.  “When tillage begins, other arts follow. The farmers, therefore, are the founders of human civilization.”

3.  “I think having land and not ruining it is the most beautiful art that anybody could ever want to own.”

5. “In olden times there were warriors, farmers, craftsmen, and merchants. Agriculture was said to be closer to the source of things than trade or manufacturing, and the farmer was said to be “the cupbearer of the gods.”  He was always able to get by somehow or other and have enough to eat.”

6. “A good farmer is nothing more nor less than a handy man with a sense of humus.”

7. “There are only three things that can kill a farmer: lightning, rolling over in a tractor, and old age.”

8. “Agriculture is the noblest of all alchemy; for it turns earth, and even manure, into gold, conferring upon its cultivator the additional reward of health.”

9. “It feels good at the end of the day to know you made a product that other people are going to enjoy.”

10. “Let us not forget that the cultivation of the earth is the most important labor of man. When tillage begins, other arts will follow. The farmers, therefore, are the founders of civilization.”

11. “Farmers only worry during the growing season, but townspeople worry all the time.”

12. “To be a farmer is to be a student forever, for each day brings something new.”

Some great quotes about farmers and various farming quotes.

13. “The ultimate goal of farming is not the growing of crops, but the cultivation and perfection of human beings.”

14. “Farming isn't something that can be taught. Each plant tells its own story that has to be read repeatedly.”

15. “Farming isn’t a battle against nature, but a partnership with it. It is respecting the basics of nature in action and ensuring that they continue.”

16. “When it is understood that one loses joy and happiness in the attempt to possess them, the essence of natural farming will be realized. The ultimate goal of farming is not the growing of crops, but the cultivation and perfection of human beings.”

What better way to learn than to read some great things said by former presidents? So here are some Thomas Jefferson quotes on agriculture alongside a few others.

17. “Agriculture is our wisest pursuit, because it will in the end contribute most to real wealth, good morals, and happiness.”

18. “Cultivators are the most valuable citizens…they are tied to their country.”

19. “Agriculture, manufactures, commerce and navigation, the four pillars of our prosperity, are the most thriving when left most free to individual enterprise.”

22. “Agriculture is the most healthful, most useful and most noble employment of man.”

23. “A technological revolution on the farm has led to an output explosion--but we have not yet learned to harness that explosion usefully, while protecting our farmers' right to full parity income.”

24. “And a revolution of automation finds machines replacing men in the mines and mills of America, without replacing their incomes or their training or their needs to pay the family doctor, grocer and landlord.”

Some famous agriculturist quotes to go alongside our great farming quotes!

25. “Agriculture was the first occupation of man, and as it embraces the whole earth, it is the foundation of all other industries.”

26. “Agriculture is the greatest and fundamentally the most important of our industries. The cities are but the branches of the tree of national life, the roots of which go deeply into the land. We all flourish or decline with the farmer.”

27. “For of all gainful professions, nothing is better, nothing more pleasing, nothing more delightful, nothing better becomes a well-bred man than agriculture.”

Farm quotes and sayings for the inspiring farmers hard at work.

28. “My grandfather used to say that once in your life you need a doctor, a lawyer, a policeman, and a preacher. But every day, three times a day, you need a farmer.”

29. “Life on a farm is a school of patience; you can't hurry the crops or make an ox in two days.”

― Wendell Berry, 'The Unsettling of America: Culture and Agriculture', 1977.

31. “We have neglected the truth that a good farmer is a craftsman of the highest order, a kind of artist.”

32. “One of the most delightful things about a garden is the anticipation it provides.”

33. “Bowed by the weight of centuries he leans upon his hoe and gazes on the ground, the emptiness of ages in his face, and on his back the burden of the world.”

34. “It is impossible to have a healthy and sound society without a proper respect for the soil.”

38. “The story of family farming underscores a legacy of sustainability.”

39. “The farmer has to be an optimist or he wouldn’t still be a farmer."

40. "To forget how to dig the earth and to tend the soil is to forget ourselves."

Here at Kidadl, we have carefully created lots of interesting family-friendly quotes for everyone to enjoy! If you liked our suggestions for 30+ Best Agriculture Quotes About Farming Life, then why not take a look at Wilderness quotes or Harvest quotes.