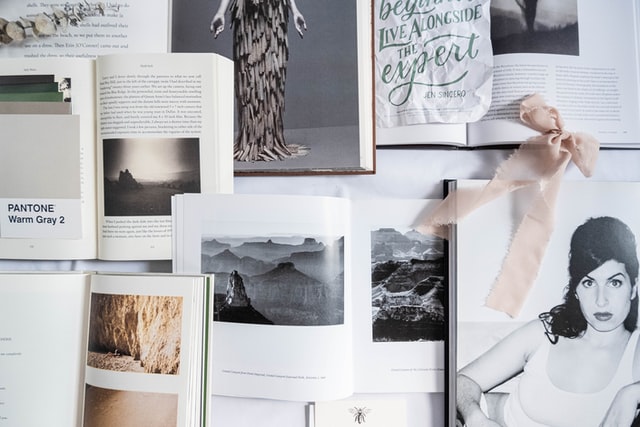 There has hardly been a more iconic British singer in the 21st century than Amy Winehouse.

Amy Winehouse was an English singer and songwriter who wrote many of her own songs. Her deep vocals were her signature and her songs were a mix of musical genres like soul, jazz, and blues.

At the age of 10, Amy was in a rap duo with her best friend Juliette Ashby and they called themselves Sweet ‘n Sour – a Jewish version of Salt-N-Pepa. Her debut album, Frank, was released in 2003 and was a critical success. Her next album named 'Back to Black' released in the year 2006, and included her most famous song 'Rehab' which gained critical acclaim. She won five awards at the 50th Grammy awards in 2008. Later in 2011, she died of alcohol poisoning at the age of 27.

Quotes about Amy Winehouse and her lifestyle straight from herself.

1. “Life happens. There is no point in being upset or down about things we can't control or change.”

2. "Life is short and I have made a lot of mistakes, but everything in life happens for a reason"

3. “Living is so much more rewarding if you strive for something, rather than take what's given to you on a plate.”

4. “I was expecting it to be cynical because I'm like that myself. I wouldn't want it to be all roses because life isn't like that.”

5. “I always try to write a song to work things out with myself and I want to do it with a little punchline at the end, because I never want to remember anything bad in my life.”

6. “I'm not a very 'poor me' kind of person. I wouldn't want it to be all roses because life isn't like that.”

8. “I don’t say things because I’m bitter. I say things everyone else is thinking but no one dares to say.”

9. “I believe in fate and I believe that things happen for a reason but I don't think that there's a high power, necessarily. I believe in karma very much though.”

10. “I only write about stuff that’s happened to me.. stuff I can’t get past personally. Luckily, I'm quite self-destructive.”

11. “I can’t even work with someone unless they know more about music than me. I have to learn from them or it’s pointless.”

13. “My parents pretty much realized that I would do whatever I wanted, and that was it, really.”

14. “To be honest, I think kids have got a lot more going on than adults. They've got their heads screwed on a lot better.”

16. “At Age 11, I used to listen to Madonna’s Immaculate Collection every day.”

17. “If you don't throw yourself into something, you'll never know what you could have had.”

19. “Every bad situation is a blues song waiting to happen.”

21. “I'm of the school of thought where if you can't sort something out for yourself then nobody can help you.”

22. “There’s no point in saying anything but the truth.”

Here are quotes about other aspects of her lifestyle.

24. “I’m not frightened of appearing vulnerable.”

26. “I don't think I'm such an amazing person who needs to be written about.”

27. “I do suffer from depression, I suppose. Which isn't that usual. You know, a lot of people do.”

29. “When I'm nervous, I stutter, and I had to keep stopping and starting.”

30. “I feel like I've come to the realization that life is short, you know? You have to live in the moment. You have to seize the day.”

31. “I've always had my own style, I've always been different. I don't like to wear anything that anyone else is wearing because it's very important for me to make a statement.”

36. “I think the more people see of me, the more they'll realize that all I'm good for is making tunes. So leave me alone and I'll do it.”

38. “I wouldn't say I'm a feminist, but I don't like girls pretending to be stupid because it's easier.”

39. I read a lot when I'm traveling and always have a couple of books on the go.”

40. “I saw a picture of myself when I came out of the hospital. I didn't recognize myself.”

41. “I'm planning my most ambitious tattoo yet. You can never have enough tats.”

Here are quotes from the gifted singer about love which inspired many songs.

42. “I'm romantic. I fall in love every day. Not with people but with situations. The other day, I saw a tramp polishing his shoes. That just gripped my heart.”

43. “I do see myself settling down, getting married and having kids. But when I think about a family in the future there's rarely a man involved which is kind of weird.”

44. “I really thought I was on the way out. My husband Blake saved me. Often I don't know what I do, then the next day the memory returns. And then I am engulfed in shame.”

46. “When you get your heart broken you can't help but believe that only that person can put it back together again.”

47. “My husband is everything to me and without him, it's just not the same.”

48. “I don't ever want to do anything mediocre. I hear the music in the charts and I don't mean to be rude, but those people have no soul.”

49. “I've always written poetry but I didn't realize it was therapy for me until I was maybe 15...What I love I will always embrace.”

50. “I don't listen to a lot of new stuff. I just like the old stuff. It's all quite dramatic and atmospheric. You'd have an entire story in song.”

51. “Music was my ultimate ambition but I liked all of it. I wanted to discipline myself in dance and acting too and I'd done all three since I was 9-years-old. I could sing, but I didn't become a great singer.”

52. “Music is something where I can be completely honest, and sometimes I don’t want to sing some of the songs ’cos they’re so raw.”

54. “I always wrote poetry and stuff like that, so putting songs together wasn't that spectacular.”

55. “I write songs about stuff that I can't really get past personally - and then I write a song about it and I feel better.”

56. “Jazz is an excluding music. Go to a jazz club and everybody's standing about trying to be cool. A lot of it is boring.”

57. “All the songs I write are about human dynamics, whether it's with girlfriends, boyfriends, or family.”

58. “I can play a lot of different instruments adequately but nothing really well.”

59. “I really started writing music to challenge myself, to see what I could write.”

60. “If I heard someone else singing like me, I would buy it in a heartbeat.”

62. “Music is the only thing that will give and give and not take.”

63. “If you're nice to me I'll never write anything bad about you.”

64. “As a writer, your self-worth is literally based on the last thing you wrote.”

65. “I was bored of complicated chord structures and needed something more direct. I’d been listening to a lot of girl-groups from the 50s and 60s. I liked the simplicity of that stuff. It just gets to the point. So I started thinking about writing songs in that way.”

70. “Cos you were so beautiful before today

But then I heard what you got to say…man, that was ugly”

I told ya I was troubled, yeah ya know that I'm no good”

And laughed at by the gods

And now the final frame

Love is a losing game.”

Well my body's been a mess

And I've missed your ginger hair

74. “This face in my dreams seizes my guts

He floods me with dread

Soaked in soul, he swims in my eyes by the bed.”

I would be behind him

Straight shook up beside him

With strength he didn't know!”

so you think you're cleverer than me.

But I'm not just some drama queen.

Cause it's where you're at, not where you've been.”

I just don't know you

But you make me cry,

I think I love you!”

Pour myself over him

And I wake up alone!"

Here at Kidadl, we have carefully created lots of interesting family-friendly quotes for everyone to enjoy! If you liked our suggestions for Amy Winehouse quotes then why not take a look at [Taylor Swift quotes], or [Alicia Keys quotes].