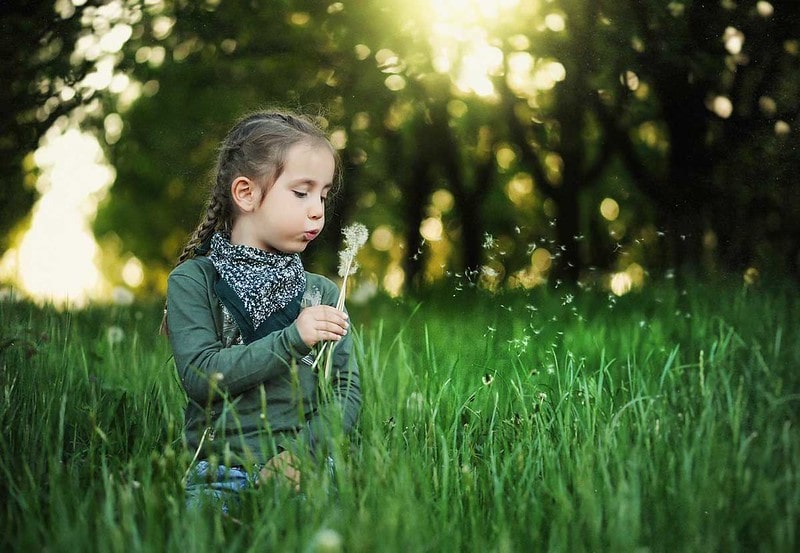 Naming your little girl is a very special moment for all parents.

While it is definitely a very special moment, it is also often challenging to find a suitable name. If you are looking for something beautiful, elegant, and unique, there is no going wrong with Latin baby girl names.

Latin is the root origin for most of the European languages, and even English to some extent.  So while Latin names originally belong to ancient Rome, it is no surprise that they have become so popular everywhere.  Here we have presented a marvelous list of some of the best Latin girl names that will help you get that perfect name for your baby girl. From the most popular ones to the rare and elegant, ancient Latin baby names, we have it all.

There are many Latin girl names that stay on the trending list for a long time. Down below are some of the Latin baby names which have been topping the charts for quite some years now.

2.Amanda meaning "Worthy to be Loved"

4.Angelina meaning "Messenger of God" One of the most popular namesakes would be Angelina Jolie, a famous American actress, and filmmaker

19.Felicity meaning "Happiness". This name can be linked with Felicity Smoak, one of the major characters and also the wife of The Arrow in the DC Comics' Arrowverse

23.June meaning "The month of June" This name is derived from the Roman Goddess, Juno - Goddess of Marriage and Childbirth

27.Miranda meaning "Worthy of Admiration." One of the major characters of Shakespeare's The Tempest is called Miranda

31.Sabrina meaning "From the River Severn". Sabrina is the main character from the gothic TV series Chilling Adventures of Sabrina

38.Victoria meaning "Victory". Victoria is the Roman Goddess of Victory. Another notable namesake is Queen Victoria

Want your special little girl to stand out with a beautiful and unique Latin name? A lot of these names are ancient Roman names that have fallen out of favor over time but would today make for a lovely and unique baby name for your little girl.

41.Aelia meaning "Sun". This Latin baby name can also be linked with the Roman empress, Aelia Flacilla who was the bride of the Roman Emperor Theodosius I

44.Cordelia (Latin, Celtic origin) meaning "Daughter of the Sea, Heart". Cordelia is one of the principal characters of Shakespeare's tragic play, King Lear. She was the youngest and the favorite daughter of King Lear

46.Drusilla  meaning "Fruitful." The Latin name Drusilla may also be linked with a notable figure of Ancient Rome, Livia Drusilla. She was the wife and advisor of Roman emperor Augustus

48.Flavia  meaning "Blonde." This ancient Roman name would be a beautiful choice for your blonde little angel

54.Marilla meaning "By the Sea, Bitter"

56.Octavia meaning "Eighth, Born Eighth" This Latin name was originally used for the eighth child in the household. However, that might be an unlikely scenario in today's age. Instead, this name is now used for a baby girl who is born in the eighth month of the year

58.Rufina (Latin, Greek origin) meaning "Red-Haired". How pretty and apt is this baby name for your red-headed little princess?

Since Latin names are so popular, there are and have been many famous female figures throughout history with gorgeous Latin names. We have collated a list of some really lovely Latin baby girl names that have been inspired by some famous personalities from all around the globe.

66.Emilia meaning "To excel, To strive" Emilia Clarke is a famous British actress who widely known for her role as Daenerys Targaryen, The Mother of Dragons, in the popular HBO series, Game of Thrones

71.Madelaine meaning "Of Magdala (home of Mary)". Madelaine Petsch is a famous American actress known for her role as Cheryl Blossom in the TV series Riverdale

79.Sylvia meaning "Forest". This baby name can be associated with Sylvia Plath, one of the most admired poets and writers of the twentieth century

Got a long last name? Here is our small list of some cute and short, two-syllabled Latin girl names that would make for a great first name if you have a long surname.

82.Amy meaning "Beloved" Amy Adams is a famous American actress, who also happens to be one of the highest-paid actresses

87.Lua meaning "Moon".  This Latin name comes from Lua, the Roman Goddess to whom soldiers sacrificed the captured weapons

89.Mia meaning "Mine". Mia is one of the most popular Latin names for girls

Roman Mythology truly has some of the prettiest and most distinguished names with a lovely melodic ring to them that would surely make for a charming and unique name for your baby girl. We have collated a list of beautiful Latin baby names based on the names of various Roman Goddesses.

94.Annona  meaning "Goddess of The Harvest"

97.Ceres meaning "Goddess of Harvest and The Spring"

100.Edesia meaning "Feast". In Roman Mythology, Edisia is the Goddess of Food who blesses and presides over Banquets

102.Hespera meaning "Evening, Evening Star" This Latin name is borrowed from the Goddess of Dusk, from  Roman mythology

104.Minerva meaning "Wisdom, Intellect" Minerva is the Roman Goddess of Wisdom and Invention and is the Roman counterpart of her Greek version, Athena

105.Prosperina meaning "To Emerge" or " Queen of Underworld"

107.Venus meaning "The loved one, Beloved" This Latin name comes from Goddess Venus, goddess of beauty and love

109.Vesta meaning "Pure". In Roman mythology, Vesta is the Goddess of Hearth, Home, and Family

Kidadl has lots of great baby names articles to inspire you. If you liked our suggestions for Latin Girl Names then why not take a look at Mayan Names, or for something different take a look at Names Meaning Kind.