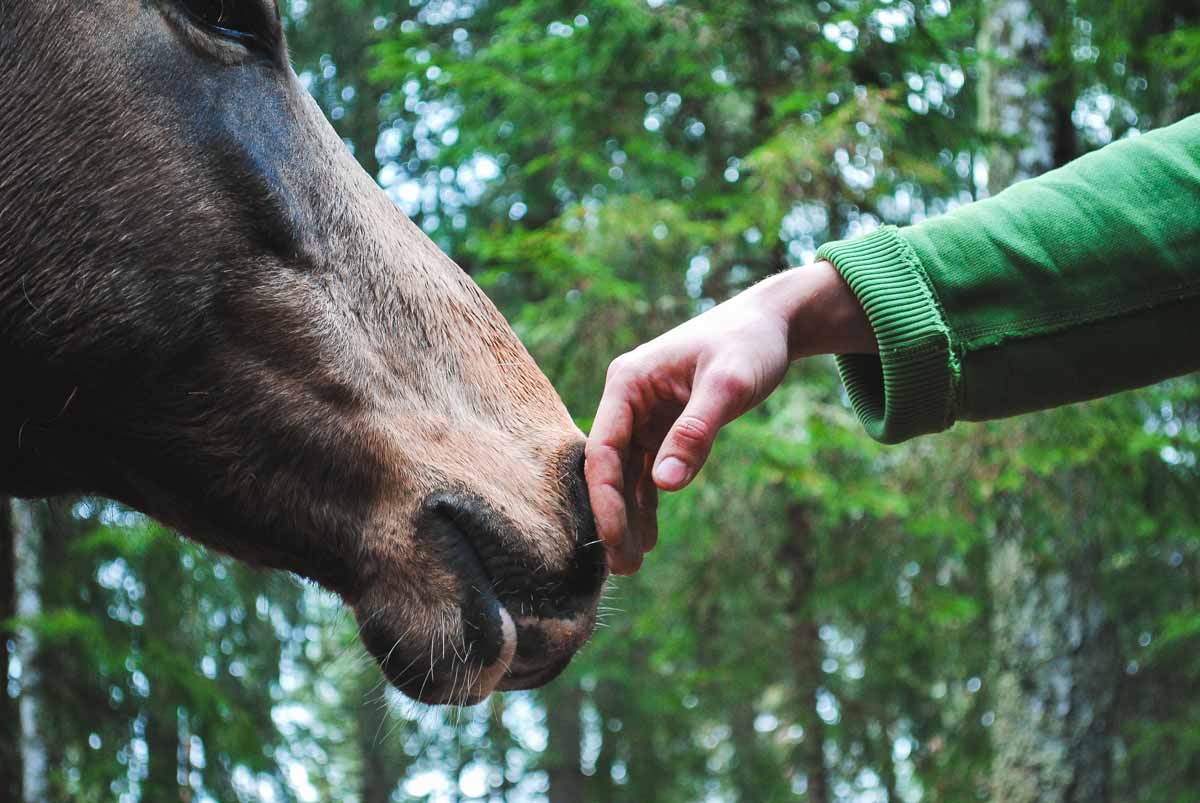 The animal world is full of magnificent and beautiful creatures who are a significant part of our biodiversity.

Animal lovers are the best people to be around because no one else understands care and compassion better than them. If one has loved animals with all their heart, it's most unlikely that they've never been disappointed in return.

If you are an ardent animal lover (philozoic), you will definitely enjoy and relate to animal quotes. Be it farm animals quotes, pet quotes, inspirational quotes about saving animals, or funny animal quotes, there are more than one ways to celebrate our four-legged friends who demand nothing but love and care. So, if you've ever loved an animal, here are some amazing animal love and pet quotes to make your day!

If you would like to read other animals quotes, check out [animal rights quotes] and [animal rescue quotes].

Here are some of the most famous animal quotes, animals are treated quotes, animals help humans quotes, zoo quotes, and quotes about treating animals that will resonate with every person who roots for their love for the animal world.

1. “Any glimpse into the life of an animal quickens our own and makes it so much the larger and better in every way.”

2. “We have doomed the wolf not for what it is, but for what we deliberately and mistakenly perceive it to be –the mythologized epitome of a savage ruthless killer – which is, in reality, no more than a reflected image of ourselves.”

3. “How it is that animals understand things I do not know, but it is certain that they do understand. Perhaps there is a language which is not made of words and everything in the world understands it.”

4. “Lots of people talk to animals...not very many listen though...that's the problem.”

5. “If a dog will not come to you after having looked you in the face, you should go home and examine your conscience.”

6. “Compassion for animals is intimately associated with goodness of character, and it may be confidently asserted that he who is cruel to animals cannot be a good man.”

7. “All his life he tried to be a good person. Many times, however, he failed. For after all, he was only human, he wasn't a dog.”

8. “The assumption that animals are without rights and the illusion that our treatment of them has no moral significance is a positively outrageous example of Western crudity and barbarity.”

9. “People speak sometimes about the 'bestial' cruelty of man, but that is terribly unjust and offensive to beasts, no animal could ever be so cruel as a man, so artfully, so artistically cruel.”

10. “The greatness of a nation and its moral progress can be judged by the way its animals are treated.”

11. “Never be embarrassed by how much you care about animals and how they're treated.”

-Stephanie Feldstein, ‘The Animal Lover's Guide To Changing The World: Practical Advice And Everyday Actions For A More Sustainable, Humane, And Compassionate Planet,’ 2018.

12. “I love animals, sometimes more than people, because they don't judge. All they want is love.”

13. “All of the animals except for man know that the principle business of life is to enjoy it.”

14. “Love the animals: God has given them the rudiments of thought and joy untroubled.”

15. “I think I could turn and live with animals, they are so placid and self-contained, I stand and look at them long and long.”

16. “Who can believe that there is no soul behind those luminous eyes!”

17. “We patronize the animals for their incompleteness, for their tragic fate of having taken form so far below ourselves. And therein we err, and greatly err. For the animal shall not be measured by man.”

18. "If having a soul means being able to feel love and loyalty and gratitude, then animals are better off than a lot of humans."

19. “An animal’s eyes have the power to speak a great language.”

20. “Until one has loved an animal, a part of one's soul remains unawakened.”

21. “Animals are such agreeable friends―they ask no questions, they pass no criticisms.”

22. “Zoos are becoming facsimiles - or perhaps caricatures - of how animals once were in their natural habitat."

23. “Animals are a window to your soul and a doorway to your spiritual destiny.”

If you're looking for some good pet quotes, here are some great quotes about pets including loving quotes about dogs and how they help us.

25. “Sometimes losing a pet is more painful than losing a human because in the case of the pet, you were not pretending to love it.”

27. “In the beginning, God created man, but seeing him so feeble, He gave him the dog.”

28. “Dogs laugh, but they laugh with their tails.”

29. “Such short little lives our pets have to spend with us, and they spend most of it waiting for us to come home each day.”

30. “You cannot share your life with a dog…or a cat, and not know perfectly well that animals have personalities and minds and feelings.”

31. “The dog is the most faithful of animals and would be much esteemed were it not so common. Our Lord God has made His greatest gifts the commonest.”

33. “You know, sometimes the world seems like a pretty mean place. That's why animals are so soft and huggy.”

34. “Petting, scratching, and cuddling a dog could be as soothing to the mind and heart as deep meditation and almost as good for the soul as prayer.”

35. “If you pick up a starving dog and make him prosperous he will not bite you. This is the principal difference between a dog and a man.”

37. "You think those dogs will not be in heaven! I tell you they will be there long before any of us."

Satiate your love for wildlife with these awesome quotes about animals in the wild.

39. “Those who wish to pet and baby wild animals 'love' them. But those who respect their natures and wish to let them live normal lives, love them more.”

40. “If there is one thing I disapprove of it’s the unnatural capture and taming of wild animals, whether an elephant or a bird.”

41. “In our noisy cities we tend to forget the things our ancestors knew on a gut level: that the wilderness is alive, that its whispers are there for all to hear - and to respond to.”

42. “They taught me that all life forms are important to each other in our common quest for happiness and survival.”

43. “But perhaps the most important lesson I learned is that there are no walls between humans and the elephants except those that we put up ourselves, and that until we allow not only elephants, but all living creatures their place in the sun, we can never be whole ourselves.”

45. “Wildlife in the world can only be protected by the love of compassionate hearts in the world!”

46. “Crocodiles are easy,' Steve said. 'They try to kill and eat you. People are harder. Sometimes they pretend to be your friend first.”

47. “If we can teach people about wildlife, they will be touched. Share my wildlife with me. Because humans want to save things that they love.”

Funny Quotes About Animals For Every Animal Lover

We're sure you'll fall in love with these witty and hilarious quotes about cats, dog quotes, and funny quotes around animals.

48. “If you eliminate smoking and gambling, you will be amazed to find that almost all an Englishman’s pleasures can be, and mostly are, shared by his dog.”

51. “Cats have no sense of humor, they have terribly inflated egos, and they are very touchy.”

52. “In ancient times cats were worshipped as gods; they have not forgotten this.”

53. “Heaven goes by favor. If it went by merit, you would stay out and your dog would go in.”

54. “If animals could speak, the dog would be a blundering outspoken fellow; but the cat would have the rare grace of never saying a word too much.”

55. “I believe cats to be spirits come to earth. A cat, I am sure, could walk on a cloud without coming through.”

Here at Kidadl, we have carefully created lots of interesting family-friendly quotes for everyone to enjoy! If you liked our suggestions for best animal lover quotes then why not take a look at our [rescue dog quotes], or [black cat quotes].