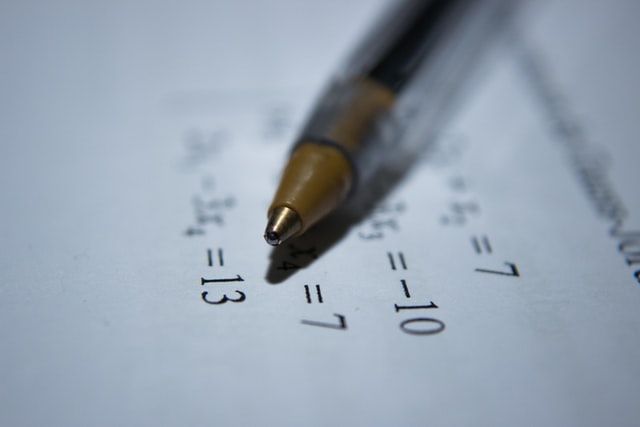 Ancient Greek genius Archimedes was noted as a mathematician, astronomer, physicist, inventor, and a person who excelled in so many various fields.

He was famous for the invention of measuring the volume of an irregularly shaped object with water which is now known as the Archimedes principle in modern terms. This discovery also led to the coinage of the term "eureka!" which he had exclaimed after discovering this principle in his bathtub.

The famous last words that are attributed to him are, "Do not disturb my circles!" before he was killed by a Roman soldier, he died in 212 BC. If you are looking for some of the most iconic quotes from Archimedes, here is a wholesome list that will greatly inspire you and your friends.

Before being killed by a Roman soldier, Archimedes was celebrated for his concepts on weight and Archimedes mathematics were known throughout the Greek world. Are you looking for some thought-provoking Archimedes quotes? This list of Archimedes mathematics quotes including ones about his facts and inventions is simply genius with most being translated directly from Doric Greek.

1. "There are things which seem incredible to most men who have not studied Mathematics."

2. "Man has always learned from the past. After all, you can't learn history in reverse!"

3. "Those who claim to discover everything but produce no proofs of the same may be confuted as having actually pretended to discover the impossible."

4. "Rise above oneself and grasp the world."

5. "Many people believe that the grains of sand are infinite in multitude ...others think that although their number is not without limit, no number can ever be named which will be greater than the number of grains of sand."

-Archimedes' 'Law of the Lever'.

8. "Give me a place to stand, and a lever long enough, and I will move the world."

13. "Mathematics reveals its secrets only to those who approach it with pure love, for its own beauty."

14. "I am persuaded that this method [for calculating the volume of a sphere] will be of no little service to mathematics. For I foresee that once it is understood and established, it will be used to discover other theorems which have not yet occurred to me, by other mathematicians, now living or yet unborn."

15. "The center of gravity of any parallelogram lies on the straight line joining the middle points of opposite sides."

16. "The center of gravity of any cylinder is the point of bisection of the axis."

17. "How many theorems in geometry which have seemed at first impracticable are in time successfully worked out!"

20. "Having been the discoverer of many splendid things, he is said to have asked his friends and relations that, after his death, they should place on his tomb a cylinder enclosing a sphere, writing on it the proportion of the containing solid to that which is contained."

22. "It follows at once from the last proposition that the centre of gravity of any triangle is at the intersection of the lines drawn from any two angles to the middle points of the opposite sides respectively."

23. "He was as much enchanted by the rudiments of algebra as he would have been if I had given him an engine worked by steam. Every day he made the discovery of something which seemed to him exquisitely beautiful; the new toy was inexhaustible in its potentialities."

24. "The shortest distance between two points is a straight line."

25. "If thou art able, O stranger, to find out all these things and gather them together in your mind, giving all the relations, thou shalt depart crowned with glory and knowing that thou hast been adjudged perfect in this species of wisdom."

- In a letter to Eratosthenes of Cyrene.

26. "Archimedes will be remembered when Aeschylus is forgotten, because languages die and mathematical ideas do not. “Immortality” may be a silly word, but probably a mathematician has the best chance of whatever it may mean."

27. "Certain things first became clear to me by a mechanical method, although they had to be demonstrated by geometry afterwards because their investigation by the said method did not furnish an actual demonstration. But it is of course easier...to supply the proof than it is to find it without any previous knowledge."

28. "We have all heard of the puzzle given to Archimedes…. His finding that the crown was of gold was a discovery; but he invented the method of determining the density of solids. Indeed, discoverers must generally be inventors; though inventors are not necessarily discoverers."

— Sir William Ramsay 'How Discoveries Are Made', 'Cassell's Magazine'.

29. "Once a mathematical result is proven to the satisfaction of the discipline, it doesn’t need to be re-evaluated in the light of new evidence or refuted, unless it contains a mistake. If it was true for Archimedes, then it is true today."

30. "There is an astonishing imagination, even in the science of mathematics…we repeat, there was far more imagination in the head of Archimedes than in that of Homer."

—Voltaire, 'A Philosophical Dictionary: From The French'.

31. "Archimedes, who combined a genius for mathematics with a physical insight, must rank with Newton, who lived nearly two thousand years later, as one of the founders of mathematical physics."

32. "Who would not rather have the fame of Archimedes than that of his conqueror Marcellus?"

33. "To what heights would science now be raised if Archimedes had made that discovery [of decimal number notation]!"

Cos in English he weren't too aversed in,

When he discovered that the volume of a body in the bath,

Is equal to the stuff it is immersed in,

That is the law of displacement,

The Titanic would have made him think."

Here at Kidadl, we have carefully created lots of interesting family-friendly quotes for everyone to enjoy! If you liked our suggestions for Archimedes quotes then why not take a look at [thought provoking quotes], or ['anything is possible' quotes].