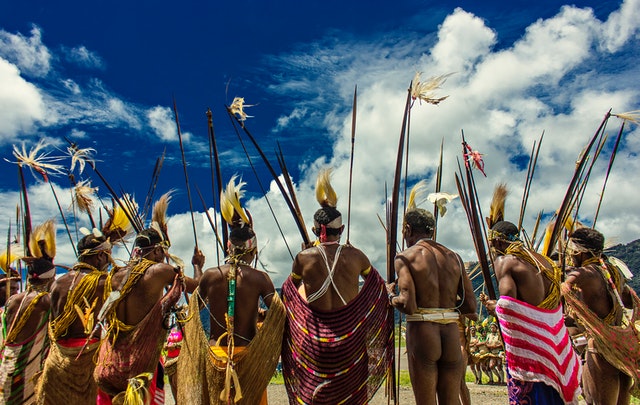 The elements of archery consist of precision, patience, and self-reliance.

Spanning across cultures ranging from the legends of Cupid and Odysseus, to the contemporary vigilante like Robin Hood, and Katniss Everdeen; arrows were shot to combat evils from the world. But the archer is also an instrumental part of archery, as Sebastien de Castell notes, "The archer is the true weapon; the bow is just a long piece of wood."

Archery is now practiced as a sport and has gained worldwide recognition and can be enjoyed with family and friends. Archery symbolizes the act of valor, and archers are seen as heroes, leaders, and legends. We all know the mythical story of Cupid, and how with a single strike of his arrow one can fall in love. The revolutionary character Katniss Everdeen from 'Hunger Games' is pictured as a Mockingjay with a bow and arrow. Similarly, history tells us a tale of a man (Robin Hood) with arrows, he is a vigilante who fought against the social and political adversities. Let's take a look at this curated list of arrow quotes.

If you would like to read more quotes like arrow quotes, take a look at [archery quotes] and [robin hood quotes].

Take a look at these quotes from books and movies involving archery, specially curated for you to enjoy.

2. "My arms raise slightly-as if recalling the black-and-white wings Cinna gave me-then come to rest at my sides. I'm going to be the Mockingjay."

3. "We had to save you because you're the Mockingjay...While you live, the revolution lives."

4. "It means thanks, it means admiration, it means good-bye to someone you love."

5. "I don’t know what the explosion did, but it damaged something deep and irreparable. Never mind. If I get home, I’ll be so stinking rich, I’ll be able to pay someone to do my hearing."

6. "My father got to know my mother because on his hunts he would sometimes collect medicinal herbs and sell them to her shop to be brewed into remedies. She must have really loved him to leave her home for the Seam."

8. "Golden arrow? And what would we do with a golden arrow? Give it to Alan for a lute string? I could hang it around my neck on a chain, perhaps, and let it stab me in the ribs when I tried to sit."

― Robin McKinley, 'The Outlaws Of Sherwood'.

9. "Many people are trying hard to be invincible, and most of the time they fail invisible, while few find their spotlight. But the remarkable person is one, who can be both invincible and invisible at the same time."

10. "'Kurtis came to see me earlier,' Magnus said before Cleo could reply. 'Do you know why?'

'To tell you I've quit archery?'

'No, but it's adorable that you think I'd care about something so trivial.'"

Here's a select list of arrow quotes for all you budding archers out there.

11. "If you would hit the mark at long range, you must aim a little above it. Every arrow that flies feels the pull of the earth."

12. "In archery, we have something like the way of the superior man. When the archer misses the center of the target, he turns round and seeks for the cause of his failure in himself."

13. "There is no excellence in archery without great labor."

15. "You worry yourself unnecessarily. Put the thought of hitting right out of your mind!"

16. "Archery evolved into a competitive sport not only in Europe but also in Asia and the United States."

17. "In Elizabeth's reign archery was warmly recommended as a healthy pastime."

18. "There are two types of archeries the Target Archery and the Field Archery."

19. "Archery is like a journey, it begins with a love for shooting a bow and a passion for watching our arrows fly."

20. "Archery is something that I took up later and didn’t know I had a natural aptitude for."

'Until I get it right?' she said. But he corrected her.

22. "The shot will only go smoothly when it takes the archer himself by surprise."

23. "Underneath this little stone

No other archer was so good -

And people called him Robin Hood."

24. "To attain your vow, you should retain the aim of your arrow in the bow."

25. "Life continuously shoots arrows at you; to survive, be flexible, and be on the move because rigid and fixed targets are the easiest targets!"

26. "It concerns us to know the purposes we seek in life, for then, like archers aiming at a definite mark, we shall be more likely to attain what we want."

28. "I am a very good archer. I use archery as my way of meditation. I have my arrow and I use this tension and relaxation in the second after throwing the arrow."

29. "The way to write is to throw your body at the mark when all your arrows are spent."

30. "But arrows are winged creatures."

31. "Truth is as straight as an arrow, while a lie swivels all over the place."

32. "So long as the new moon returns in heaven a bent, beautiful bow, so long will the fascination of archery keep hold in the hearts of men."

33. "Nothing clears a troubled mind better than shooting a bow."

34. "Fundamentally the marksman aims at himself."

35. "The main thing about archery is a battle with yourself. You can ruin it all."

36. "The Superior Man has nothing to compete for. But if he must compete, he does it in an archery match, wherein he ascends to his position, bowing in deference."

37. "Flower of this purple dye, Hit with Cupid's archery, Sink in apple of his eyes."

38. "If the thrill of hunting were in the hunt, or even in the marksmanship, a camera would do just as well."

39. "My dad keeps referring to me playing the piano when he's trying to teach me something in archery."

Arrow Quotes That Hit The Mark

Here's a list of some arrow quotes that are bound to motivate you.

40. "Our mental discipline is matched only by our skill in archery… I only hope these are enough to withstand this awful trial."

41. "It’s basic research: shoot an arrow in the air. Where it lands, paint a bullseye."

And grief against myself has turn'd

My arrows and my bow!"

43. "He's well-known for his archery skills and shows it off with his trusty weapon of choice: the Palutena Bow."

44. "Forget the last arrow, only the next one counts."

45. "Archery is like a journey, it begins with a love for shooting a bow and a passion for watching our arrows fly."

47. "Vengeance is an arrow that in falling oft pierces him who shot it."

48. "She was like a bird for speed, an arrow for directness."

Here at Kidadl, we have carefully created lots of interesting family-friendly quotes for everyone to enjoy! If you liked our suggestions for arrow quotes, then why not take a look at Treebeard quotes, or Tyrion Lannister quotes!