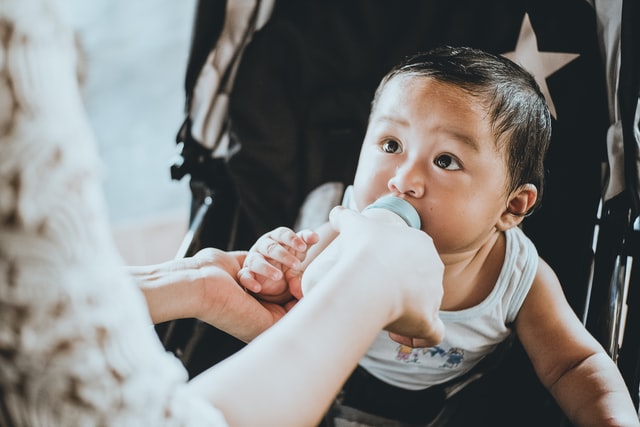 There aren't many baby boy names that start with Che.

Some families opt for a common part in names while naming their children. It can be very endearing, and having that commonality can even bring people closer.

If you want more names with impactful syllables at the start, you can look at our other articles Baby Names Beginning With C and Baby Girl names starting with Che.

Here is the list of all the short yet charming baby boy names starting with Che.

1. Che (Spanish origin), meaning "God will add". Ché Guevara was an Argentine revolutionary, physician, guerilla leader. He was a significant figure for the Cuban Revolution.

4. Chedi (Indian origin), meaning "something which cuts and breaks".

6. Chege (Kikuyu origin), this name is a common tribal name, which means "someone who cares for other people in the community or family". Chege Chigunda is a Tanzanian music artist. He's one of the more famous artists in East Africa.

7. Cheikh (African American origin), meaning "wise, learned". Cheikh Lô is a Senegalese musician, and Cheikh N'Doye is a renowned football player who plays as a midfielder for Senegal National Team.

8. Chelem (Hebrew origin), meaning "power, dream". It's also the name of a small town in Mexico.

9. Chella (Indian origin), meaning "liking for all". Chella Man is an American YouTuber known for sharing his life story as a deaf, transgender person and a Jewish person of color.

15. Chente (Latin origin), meaning "harmless or innocent". Chente Barrera is a famous Tejano singer who won a Grammy Award in 2007 in the Best Tejano Album category.

16. Cheo (Spanish origin), meaning "God is my salvation". Cheo Tapia is an American actor, and Cheo Morejon is a Spanish actor. This name, Cheo, is also one of the sweetest Spanish words that start with Che.

22. Chetak (Indian origin), meaning "white horse". This old Indian baby name was the name of the horse of Maharana Pratap, who was a powerful king in 16th century India.

23. Chetan (Indian origin), meaning "full of consciousness". Chetan Anand is a badminton player whose career-best world ranking has been no. 10, and Chetan Bhagat is a renowned Indian author.

25. Chetty (Indian origin) this name is another name of Lord Murugan, an Indian deity.

27. Cheung (Chinese origin), meaning "fortunate man". Cheung Chi Doy is a former professional footballer from Hong Kong. He was the first Hong Kong and Asian footballer to play in Europe.

33. Cheyne (Scottish origin), meaning "oak tree". Cheyne Horan is an Australian actor known for his roles in 'Wizards of the Water', 'Billabong Odyssey'.

Below is the list of all the long and unique baby boy names starting with Che.

37. Chekitana (Indian origin), meaning "the intelligent one". This old Indian baby name is mentioned in Indian mythology. He was a prince and an ally of Pandavas, from Mahabharata.

45. Chelton (Old English origin), meaning "farm near the well". Chelton Perry is an American actor and director, known for his work in 'Linked', 'Teen Titans Project', and '5th Passenger'.

53. Chencho (Spanish origin), meaning "He who is crowned with Laurel". Chencho Dorji is a famous Bhutanese actor, and Chencho Corleone is a renowned Puerto Rican music artist.

57. Chenychadaiyan (Indian origin), meaning "a person with more hair on their head".

60. Cherasya (Indian origin) means "a clean and virtuous being".

61. Chernobog (Slavic origin), meaning "the black God". Chernobog was the name of the Slavic God of evil, darkness, and grief.

62. Cherupara (Indian origin), meaning "a good looking person". Cherupara is also the name of a small village in South India.

65. Chesley (Old English origin), meaning "meadow of the camp". Chesley Bonestell, Jr. was an American illustrator, painter, and designer. His paintings were an inspiration to the American space program.

66. Chester (English origin), meaning "walled town". Chester Alan Arthur is the name of the 21st president of the United States, and Chester Charles Bennington was a famous American singer, musician, songwriter, and actor.

71. Chetachi (African origin), meaning "remember God". Chetachi Ozougwo was an American Football linebacker. He played college football and got drafted for the 2011 NFL by Houston Texans, which was his hometown team.

78. Chetwin (English origin), meaning "from the cottage on the twisted or winding path."

80. Chevalier (Old French origin) means "ride". Chevalier Jackson was a pioneer in laryngology. He's also known as the "father of endoscopy". Chevalier de Méré or Antoine Gombaud was a French writer of the 17th century.

83. Chezare (Latin origin), meaning "head of hair". Chezare Warren is a renowned researcher in the field of culturally responsive pedagogy and urban education.

84. Chezhiyan (Indian origin), meaning "blessed". Chezhiyan is an Indian director of photography and filmmaker, known for his works in Paradesi, Kalloori, and To Let.

We've also made a list of all the unisex names that start with Che.

87. Cheeku (Indian origin), meaning "soft or cute". Not only one of the popular Indian boy names and girl names, but it's also very popular as a nickname. The famous Indian Cricketer Virat Kohli's nickname is Cheeku.

88. Chekriya (Indian origin), this name means "the one who has the ability to hold the chakra (wheel) of Lord Vishnu in their hand". Lord Vishnu is an Indian deity.

90. Chelone (English origin) means "something that resembles a flowering plant".

91. Chema (Spanish origin), meaning "God is with us". Jose Maria Rodriguez Madoz or Chema Madoz is a Spanish photographer, known for his black and white poetic and surrealist photographs and Chema Adeva is a Spanish actor, known best for 'Everybody Knows', 'Veronica' and 'Estoy Vivo'.

97. Chesney (Old French origin), meaning "a person who dwells near the Oak Grove". Chesney Lee Hawkes is an English actor, pop singer, and songwriter, and Chesney Hughes is a famous West Indian cricketer.