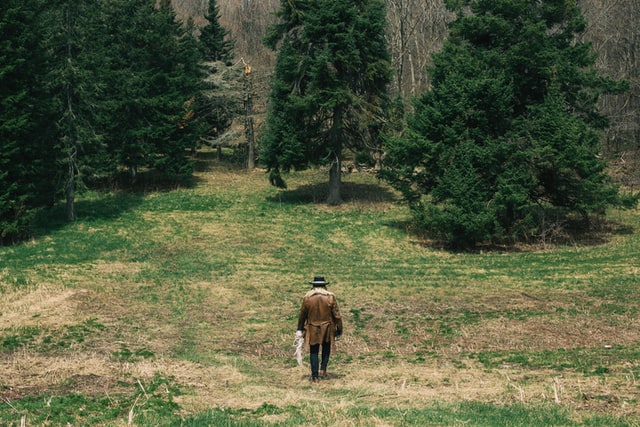 Bandits are a groups of people who plan and execute robberies and other criminal activities.

Bandits from the Wild West are some of the most famous western outlaw names in the world. In the past, these bandits held a criminal status, however now, many of them have now become folklore heroes.

If you are creating your own iconic bandit characters in your own film, story or book, this article might provide the naming ideas and inspiration that you need!

We hope this article helps you to find the perfect names for your story but if you want more inspiration why not take a look at these country boy names and thief names here on Kidadl?

Find out some of the most popular real life bandit names here.

1. Belle Starr - The infamous ‘Bandit Queen’ stole horses back in the 1880s. She would always choose associate with other bandits. One of the female bandit names to reckon with.

2. Bill Miner - Bill was famous as the ‘The Grey Fox’ and ‘Gentleman Bandit’. This man was always well mannered and used his classic Southern charm to trick people before stealing from them.

3. Claude Du Vall - This highwayman liked to fool people by being charming. He also had an impeccable style.

4. Dick Turpin - Another highwayman who looked like a hero but was far from one. He was once put behind bars for stealing a chicken.

6. Ned Kelly - Leader of the Australian outlaw group, The Kelly Gang, Ned was notorious for being a bushranger. His is a name that you can always find in the lists of famous bandits' names.

8. Sultana Daku - Sultana was a member of a band of armed robbers from the '20s who stole from the rich as a way of giving to the poor.

9. Vincenzo Peruggia - This famous thief was an artist who stole the Mona Lisa from the museum that he worked in.

These are some real life and fictional bandit names that have been portrayed in movies and TV series.

11. Bo Darville - Bo from the movie ‘Smokey And The Bandit’ is a famous fictional bandit character.

12. Bob Hughes - Bob from the movie ‘Drugstore Cowboy’ created a gang to steal from hospitals.

15. Captain Jack Sparrow - The quirky legendary pirate was a notorious thief in 'Pirates Of The Caribbean'.

18. Clyde Barrow - Clyde was a bank robber famous for the outlaw activities that he performed with Bonnie.

19. Dillinger - There is a movie about a gangster named Dillinger who led his own crew of robbers called the ‘Dillinger Gang’.

22. Mickey and Mallory Knox - The criminal duo from the movie ‘Natural Born Killers’. These are two famous Wild West names.

25. Phoolan Devi - India’s 'Bandit Queen' was an outlaw who would later become an activist and politician.

26. Robin Hood - The most popular thief name, this bandit later became a hero. He has been featured in multiple movies. This is a popular and much loved bandit name by people worldwide.

The most popular cowboy outlaw names in criminal history can be found on this list.

30. Billy The Kid - One of the most popular bandit names on this list, this is the name of a legendary bandit.

31. Bloody Espinosas - Felipe and Jose became outlaws to help Mexican families who were mistreated by Americans.

32. Butch Cassidy - The Wild Bunch leader was known for being loyal to his words and to have never killed anyone.

33. Cherokee Bill - This bandit created terror with his gang and died when he was only 20-years-old.

35. Five Joaquins Gang - Five men named Joaquin created a gang, they would commit both murder and robbery in California.

36. Henry Newton Brown - This cowboy became an outlaw by stealing horses along with Billy the Kid.

37. Henry “Doc” Holiday - Henry was a dentist who liked gambling, he became involved in gunfights due to his temper.

39. Jefferson “Soapy” Smith - Smith led a gang named the ‘Soap Gang’ with over a hundred members.

40. Sam Bass - This legendary cowboy robber from the Wild West robbed trains with his criminal gang. This is a Wild West outlaw name to reckon with.

41. The Innocents - Henry Plummer’s gang of robbers liked to steal gold shipments in the 1860s.

42. Wyatt Earp - Wyatt was a lawman who was initially a gambler and then became a thief in the 1800s.

Here are some of the fiercest cowgirl names in the Wild West, if you're trying to find the perfect name for a female bandit, we've got you covered. We are sure you are going to like these names!

44. Belle Siddons - Belle or ‘Madam Vestal’ was an expert gambler and dealer from the Old West. This may be the rarest bandit name on our list.

45. Calamity Jane - An outlaw name from 'Buffalo Bill’s Wild West Show', Jane was seen donning men’s clothes to present herself as a strong man. She handled horses better than any man did. Her name is one of the infamous old Western names of a female bandit, it is a powerful bandit name.

46. Eleanor Dumont - Eleanor or 'Madame Mustache' was a gambler and sharp witted businesswoman. She had a ruthless approach in life.

47. Laura Bullion - Famous as the Rose of the Wild Bunch, Laura followed the footsteps of her robber father and joined the Wild Bunch outlaw gang.

49. Rose of the Cimarron - A member of an outlaw gang, Rose later left the world of crime and became a respected citizen in her later life.

50. Sally Scull - A female outlaw who had a bad temper and was a ruthless figure.