43 Best Bear Quotes That Are Cuddly And Cute 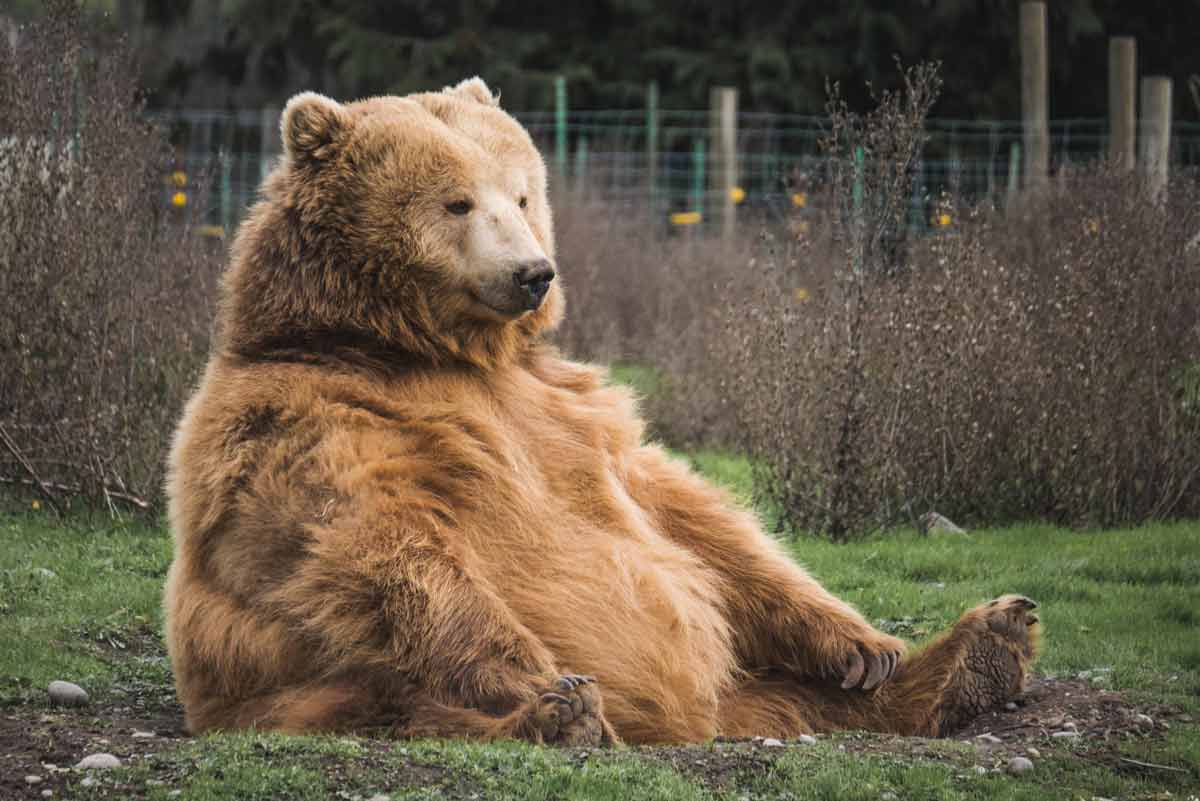 Bears are social animals with highly-evolved intelligence. However, unlike what movies and a lot of books portray, bears are tolerant and gentle creatures with predictable behavior. Mother bears have a lot of traits that resemble human beings. Like our mothers, mother bears can be very protective, affectionate, and sensitive towards their young. Bears mostly communicate via smells, sounds, and body language and tend to get very physical with each other through intentional hitting and biting. Hibernation is their unique winter survival solution, and while almost all bears like the taste of honey, their diets differ based on the species and the region.

If you like these bear quotes, do check out our animal lover quotes and wildlife quotes as well!

The bear is one of the mightiest animals in the animal kingdom. Here are some of the best and most famous sayings and quotes about bears that both grown-ups and children will love!

1. "This is a cold, stark world, but to polar bear mothers and cubs, it's paradise."

2. "Bears have been known to attack man, although the fact is that fewer people have been killed by bears than in all of World World I and World War II combined."

3. "So this was her kingdom: an octagonal house, a roomful of books, and a bear."

4. "Haven't you ever thought of living

close to pears and the mossy dark,

far from human voices and fire?"

5. "Magnificent bears of the Sierra are worthy of their magnificent homes. They are not companions of men, but children of God, and His charity is broad enough for bears."

6. "The bear, he says, is many animals in one. Like a lion, he downs mammals much bigger than he; like any ruminant, he pillages crops...And he eats honey like a man."

7. "Bears with their great size and strength, remind us of how weak and ineffectual we are as organisms: a bear, even a small one, could abolish a human fairly easily."

9. "Bears keep me humble. They help me to keep the world in perspective and to understand where I fit on the spectrum of life...We should fight for these things as if our life depended upon it, because it does."

10. "A man screaming is not a dancing bear. Life is not a spectacle."

11. "I think he just loved being with the bears because they didn't make him feel bad."

12. "It would be fitting, I think, if among the last manmade tracks on earth would be found the huge footprints of the great brown bear."

13. "Always respect Mother Nature. Especially when she weighs 400 pounds and is guarding her baby."

If you love nature and wildlife, our compilation of quotes on grizzlies is something you will want to share with your friends!

14. "The Alaskan bears are a distinct species. Relegating grizzlies to Alaska is about like relegating happiness to heaven; one may never get there."

15. "I had to weave and play around with a honey bear, you know, and I could wrestle with him a little bit, but there's no way you can even wrestle a honey bear, let alone a grizzly bear that's standing ten feet to eleven feet tall!"

17. "The grizzly bear is six to eight hundred pounds of smugness. It has no need to hide. If it were a person, it would laugh loudly in quiet restaurants, boastfully wear the wrong clothes for special occasions, and probably play hockey."

18. "There were all kinds of things I was afraid of at first, ranging from grizzly bears to 'mean' horses and gun-fighters; but by acting as if I was not afraid I gradually ceased to be afraid."

19. "Alive, the grizzly is a symbol of freedom and understanding – a sign that man can learn to conserve what is left of the earth. Extinct, it will be another fading testimony to things man should have learned more about but was too preoccupied with himself to notice."

20. "The grizzly is a symbol of what is right with the world."

21. "When all the dangerous cliffs are fenced off, all the trees that might fall on people are cut down, all of the insects that bite are poisoned... and all of the grizzlies are dead because they are occasionally dangerous, the wilderness will not be made safe. Rather, the safety will have destroyed the wilderness."

Holding a teddy bear in your arms can be the most comforting feeling at the end of a long day, and these quotes about teddies are all the more delightful!

22. "At sales every other toy looks simply worn, dilapidated, grubby. A bear looks lost and abandoned and desperately in need of a loving home."

23. "A bear grows more alive with age. No one with one ounce of sensitivity could ever consign a bear to the dustbin"

24. "Anyone who has looked a teddy bear in the face will recognize the friendly twinkle in his knowing look."

26. "Wake in the deepest dark of night and hear the driving rain. Reach out a hand and take a paw and go to sleep again."

27. "There's lots of marvellous things to eat and wonderful games to play

That's the way the Teddy Bears have their picnic…"

28. "The cell phone has become the adult's transitional object, replacing the toddler's teddy bear for comfort and a sense of belonging."

If you like William Hanna and Joseph Barbera's iconic anthropomorphic bear, then these quotes from the 2010 film 'Yogi Bear' will surely win your heart.

30. "Just sit back and let Mother Nature carry us toward her own."

Boo Boo: Uh, you're standing on the soldering iron.

35. "Yogi Bear: Boo Boo, you've tried to stop my brilliant ideas with common sense a thousand times. Has it ever worked?

Here are some timeless quotes by Winnie the Pooh and it's creator A. A. Milne that we can all love and cherish.

36. "The most important thing is, even when we're apart, I'll always be with you."

37. "Just because an animal is large, it doesn't mean he doesn't want kindness; however big Tigger seems to be, remember that he wants as much kindness as Roo."

38. "People say nothing is impossible, but I do nothing every day."

39. "It is more fun to talk with someone who doesn't use long, difficult words but rather short, easy words like "What about lunch?"

40. "A day without a friend is like a pot without a single drop of honey left inside."

41. "If the person you are talking to doesn't appear to be listening, be patient. It may simply be that he has a small piece of fluff in his ear."

42. "If there ever comes a day when we can't be together, keep me in your heart, I'll stay there forever."

43. "'Sometimes,' said Pooh, 'the smallest things take up the most room in your heart.'"

Here at Kidadl, we have carefully created lots of interesting family-friendly quotes for everyone to enjoy! If you liked our suggestions for bear quotes then why not take a look at  [funny animal quotes], or teddy bear quotes.