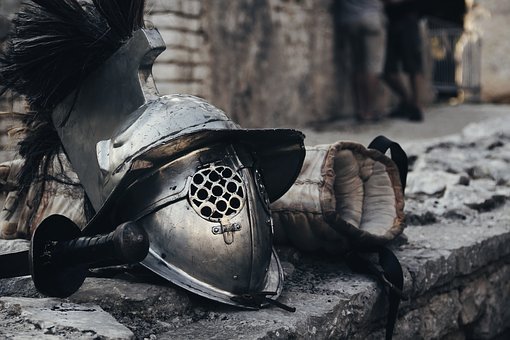 'Braveheart'  is an American epic historical fiction war film from the year 1995.

This is a story of a legendary thirteenth-century Scottish hero named William Wallace played by Mel Gibson. He used to rally the Scottish against the English monarch and Edward I.

The story is inspired by Blind Harry's 15th-century epic poem 'The Actes and Deidis of the Illustre and Vallyeant Campioun Schir William Wallace'. Released on 24 May 1995, 'Braveheart' received generally positive reviews from critics, except for its certain historical inaccuracies, mainly on the subject of romance, dress, and station in Wallace's life. The movie starred Mel Gibson as William Wallace James, Robinson as Young William Wallace, and Sophie Marceau as Princess Isabella of France among others.

Read on for 'Braveheart' quotes, or for something else, visit William Wallace quotes and ['Gladiator' movie quotes].

Here are the most famous 'Braveheart' quotes which give you a clear insight into the movie. You will love these quotes, including 'Braveheart' Stephen quotes, just as you love the movie itself.

1. "This Wallace, he doesn’t even have a knighthood, but he fights with passion and he inspires."

2. "Forgive me, sire. I thought that generosity might demonstrate your greatness to those you mean to rule."

4. "I have been given nothing. God makes men what they are."

6. "Stephen is my name and I’m the most wanted man on my island, except I’m not on my island of course."

8. "Who is this person that speaks to me as though I needed his advice?"

9. "The Almighty says this must be a fashionable fight. It’s drawn the finest people."

10. " A child who is not of your line grows in my belly. Your son will not sit long on the throne. I swear it."

11. "You see? Death comes to us all. But before it comes to you, know this: your blood dies with you."

12. "The king will be dead in a month and his son is a weakling. Who do you think is going to rule this kingdom?"

13. "I have nothing. Men fight for me because if they do not, I throw them off my land and I starve their wives and their children. Those men who bled the ground red at Falkirk, they fought for William Wallace, and he fights for something that I never had. And I took it from him when I betrayed him. I saw it in his face on the battlefield and it’s tearing me apart."

15. "Saying goodbye in their own way. Playing outlawed tunes on outlawed pipes."

16. "I’ve lived long enough to live free. And proud to see you become the man that you are. I’m a happy man."

17. "I shall tell you of William Wallace. Historians from England will say I am a liar, but history is written by those who have hanged heroes."

19. "Just when we thought all hope was lost, our noble saviors have arrived."

21. "Sure didn't the Almighty send me to watch your back? I didn't like him anyway. He wasn't right in the head."

William Wallace used to encourage his all Scottish mates to fight for freedom. He gave everyone the courage to follow him, making the movie even more exceptional. Here are William Wallace quotes.

23. "I want a wife and children, and grow crops, but it’s all for nothing if you don’t have freedom.”

24. "Fight and you may die. Run, and you’ll live… at least a while. And dying in your beds, many years from now, would you be willin’ to trade all the days, from this day to that, for one chance, just one chance, to come back here and tell our enemies that they may take our lives, but they’ll never take… our freedom!"

28. "Lower your flags and march straight back to England, stopping at every home you pass by to beg forgiveness for a hundred years of theft, rape, and murder. Do that and your men shall live. Do it not, and every one of you will die today."

32. "Of course, running a farm is a lot of work, but that will all change when my sons arrive."

35. "What does that mean to be noble? Your title gives you claim to the throne of our country, but men don’t follow titles, they follow courage."

36. "Oh, it’s good Scottish weather, madam. The rain is falling straight down. Well, slightly to the side like."

37. "I want a wife and children, and grow crops, but it’s all for nothing if you don’t have freedom."

40. "Your title gives you the claim to the throne of our country, but men don't follow titles. They follow courage."

41. "I AM William Wallace! And I see a whole army of my countrymen, here, in defiance of tyranny. You’ve come to fight as free men, and free men you are. What will you do with that freedom? Will you fight?"

42. "Go back to England and tell them there that Scotland's daughters and sons are yours no more. Tell them Scotland is free."

43. "There's a difference between us. You think the people of this country exist to provide you with position. I think your position exists to provide those people with freedom. And I go to make sure that they have it."

44. "I see a whole army of my countrymen, here in defiance of tyranny. You've come to fight as free men...and free men you are. What will you do with that freedom? Will you fight?"

From the conversations in the movie, we really get a true insight of what's happening in that particular scene of the movie. We especially get a feel for how the main character tells his enemies that they may die by fighting them....so read the exciting quotes from conversations in this list.

47. "Faudron: [bows] William Wallace, we've come to fight and to die for you.

Murron: And I you. You and no other forever."

49. "Robert the Bruce: I respect what you said, but remember that these men have lands and castles. It's much to risk.

William Wallace: And the common man, who bleeds on the battlefield, does he risk less?"

-Robert the Bruce and William Wallace.

50. "Royal Magistrate: The prisoner wishes to say a word.

51. "Mother MacClannough: In this? You're out of your mind!

William Wallace: Oh, it's good Scottish weather, madam. The rain is falling straight down. Well, slightly to the side like."

52. "MacClannough: Every nobleman who had the will to fight was at that meeting. We can not beat an army.

Malcolm: We do not have to defeat them. Just fight them. Now who's with me?"

Here at Kidadl, we have carefully created lots of interesting family-friendly quotes for everyone to enjoy! If you liked our suggestions for 'Braveheart' quotes then why not take a look at warrior quotes, or [bravery quotes].