12 Best Cave Johnson Quotes That All Portal Players Will Know 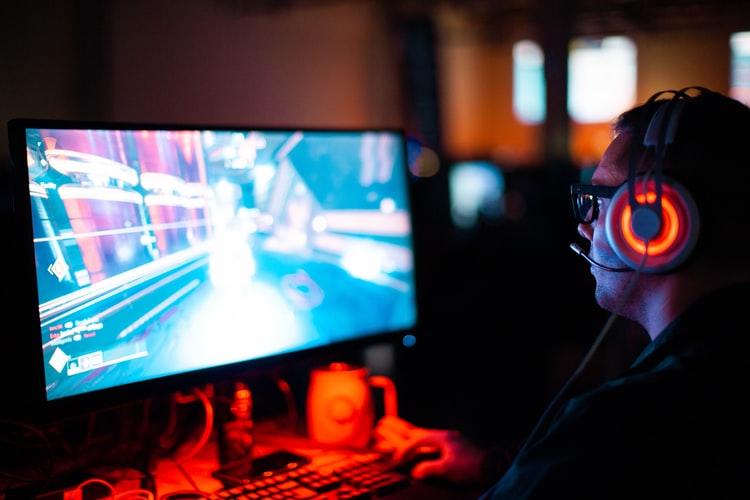 Cave Johnson is a fictional character from the Portal Puzzle game series.

He was first introduced in 2011 on the Portal 2 series. His voiceover was done by J.K. Simons.

Johnson's voice serves as a guide to the player as they explore the abandoned part of Aperture Science through the pre-recorded messages. He is said to be a billionaire, CEO of Aperture Science company, which was originally known as Aperture fixtures. He died as a result of moon rock poisoning and left his secretary as the successor Caroline to his company. In this article, we will take a look at some of the best quotes about science, Portal 2, and others. Here we will take a look at Cave Johnson quotes about Science, Portal 2 recordings, and views on life.

If you like this article please visit GLaDOS quotes and Wheatley quotes.

Did you know while Cave Johnson was shown to have somehow transferred himself into a core in lego dimensions, the events that took place in the game are considered non-canon to the Portal series?  Here are some quotes on science from the well known Cave Johnson.

1."Science isn't about WHY It's about WHY NOT!... In fact, why not invent a special safety door that won't hit you in the butt on the way out because you're fired."

2."Now maybe you don't have tumors. Well, don't worry. If you sat on a folding chair in the lobby and weren't wearing lead underpants. We took care of that too."

3."Just a heads up: that coffee you had earlier had fluorescent calcium in it so we can track the neuronal activity in your brain. There's a slight chance the calcium could harden and verify the frontal lobe... Visualizing the scenario while under stress actually triggers the reaction."

4."All these science spheres are made of asbestos all the way. Keeps out the rats. Let us know if you feel a shortness of breath, a persistent dry cough, or your heart-stopping. Because that is not part of the test. That's asbestos...Worst case scenario, you miss out on a few rounds of Canasta, plus you forwarded the cause of science by three centuries. I punch those numbers into a calculator, it makes a happy face. "

5."The lab boys just informed me that I should not have mentioned the control group. They're telling me I ought to make these prerecorded messages..."

Let's take a look at Johnson's quotes from Portal 2.

6."Those of you who volunteered to be injected with praying mantis DNA, I've got some good news and bad news. Bad news is we're postponing those tests indefinitely. Good news is we've got a much better test for you: fighting an army of mantis men. Pick up a rifle and follow the yellow line. You'll know when the test starts."

7."All right, I've been thinking when life gives you lemons, don't make lemonade! Make life take the lemons back! Get mad! I don't want your damn lemons! What am I supposed to do with these? Demand to see life's manager. Make life rue the day it thought it could give Cave Johnson lemons! Do you know who I am? I'm the man who's gonna burn your house down- with those lemons! I'm gonna get my engineers to invent a combustible lemon that burns down your house."

8."I've been notified that one of our test subjects may have angered the sentient cloud by beginning testing early. Now, as you all know, the cloud has banned all camera technology -hates getting its picture taken..."

Cave Johnson wished for Caroline to talk over and his actions led to the creation of GLaDOS which may have led to the franchise being the bigger bad. Although, it's possible he never intended for GLaDOS to turn evil. Here are some quotes from Johnson.

10."Hey, it's Cave. Someone's not daaaanciiiing. Come on. You know the law- testing is not a dance exemption. Don't make me call the dance police."

11."Greetings, friends. I'm Cave Johnson, CEO of aperture science - you might know us as a vital participant in the 1968 Senate hearings on missing Astronauts. And you've most likely used one of the products we invited but that other people have somehow managed to steal from us..."

12."The point is, If we can store music on a compact disc, why can't we store a man's intelligence and personality on one? So I have the Engineers to invent that out right now. Brain mapping artificial intelligence- we should have been working on it thirty years ago. And I will say this, and I'm gonna say it on tape so everybody will hear it a hundred times a day. If I die before you people can pour me into a computer, I want Caroline to run this place."

Here at Kidadl, we have carefully created lots of interesting family-friendly quotes for everyone to enjoy! If you liked our suggestions for Cave Johnson quotes then why not take a look at [Portal quotes], or [Portal 2 quotes].