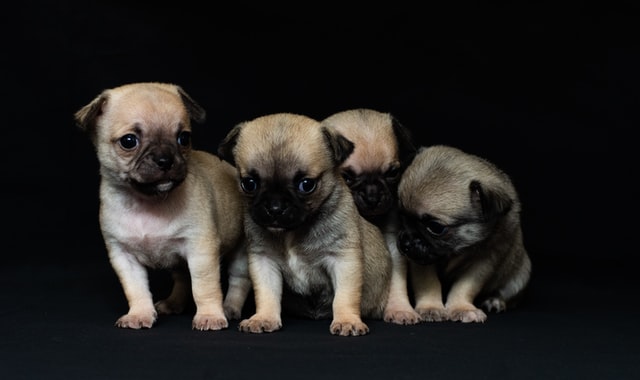 Looking for a name from fame for the love of your life can be taxing.

There are thousands of wonderful and talented people from the walks of fame with sparkling resumes who are outstanding pet parents. It is hard to choose one because you may love and be inspired by more than one celebrity.

New pet parents are often confused as to what to name their new pets. They want to choose a name that has a significant meaning, which reminds them of something happy or inspiring. Happiness and joy are what dogs bring in their parent's lives, and their names should resonate with the purpose. Celebrities and dogs share two things in common, and that is entertainment and love. Jessica Simpson and Paris Hilton both named their dogs after a movie character they loved.

To receive a pet's love and adoration is to be one step closer to peace and happiness, and just like your favorite celebrity brings joy into your life, so does your little furry baby. Here is a list of the best celebrity dog names you can choose from to name your dog.

If you want to go for more outstanding names for dogs, take a look at these French Bulldog Names and Clever Dog Names.

Here is a list of some famous dog names of male dogs owned by celebs for your little heartbeat.

2. Augie (Latin origin) meaning "great, magnificent". Augie belongs to Ellen Degeneres and is amongst the most popular dog names.

5. Brutus (Latin origin) meaning "heavy" or "muscular", belongs to Dwayne “The Rock” Johnson. A fitting name for the dog of a muscle enthusiast.

7. David (Hebrew origin) meaning "beloved." A great name for your new puppy. It is also the name of one of Rob Lowe's pet dog.

8. Finn (Irish origin) meaning "white". It is one of the famous dogs' names belonging to Amanda Seyfried's Australian Shepherd.

12. Gustavo (Swedish origin) meaning"staff of the Geats", is one of the sassiest celebrities' dog names belonging to Lady Gaga's French Bulldog.

14. Indo (Scottish origin) meaning "tribesmen of the Picts", is the dog name of Will Smith's Rottweiler.

15. Jack (English origin) meaning "God Is Gracious" or "supplanter" is the dog of Rob Lowe.

16. Joe (English origin) meaning "a gift of God" is the Yorkshire puppy of Karlie Kloss.

21. Nash (English origin) meaning "dweller by the ash tree", is one of Pink's pet dogs' most unique celebrity dog names.

27. Sharky (American origin) meaning "like a shark"; is Martha Stewart's pet dog. One of the sweetest dog pun names for the ones who are teething.

32. Tucker (English origin) meaning "walker", belongs to Charlize Theron. It is one of the most popular celebrity names for dogs.

Here is a list of female celebrity dog names for your furry darling.

40. Daisy (English origin) meaning "day's eye"; belongs to Jessica Simpson.  It is also one of the movie dogs' names from 'John Wick'.

57. Pepper (English origin) meaning "spice" or "capsicum"; belongs to John Legend and Chrissy Teigen. A sweet name for a black and white dog.

60. Sadie (English origin) meaning "princess." Both Oprah Winfrey and Amy Adams own pets named Sadie. One of the most common names for a pet dog.

63. Tinkerbell (Fictional origin) meaning "fairy pixie." it is a cute and sweet name for a female dog named after the iconic character Tinkerbell from 'Peter Pan'. Paris Hilton has a dog named Tinkerbell.

65. Winnie (Welsh origin) meaning "white and smooth", "soft" or, "happiness." It is one of the most appropriate dog names. Selena Gomez has a dog named Winnie.

66. Zelda (Yiddish origin) meaning "blessed", "happy" or, "dark battle." Although contradictory in meaning, it is a beautiful name for a dog if you are an old-school gamer. Zooey Deschanel has a dog named Zelda.

Need funny and quirky celebrity dog names to name you little fur baby after? This is the perfect list curated just for you.

68. Atticus Finch (Latin origin) meaning "Athenian"; a unique name for a dog based on the main character from Harper Lee's novel 'To Kill a Mocking Bird'. Jake Gyllenhaal named his dog Atticus Finch.

69. Boo Radley (Greek origin) meaning "to cry aloud"; another important character from  'To Kill a Mocking Bird'. Jake Gyllenhaal has another dog by this name.

100. Zhakie (Arabic origin) meaning "pure"; Will Smith's dog. Looking for a name from fame for the love of your life,  that furry heartbeat at your feet can be taxing.

Kidadl has lots of great names articles to inspire you. If you liked our suggestions for Best Celebrity Dog Names then why not take a look at One Syllable Dog Names, or for something different take a look at French Dog Names.