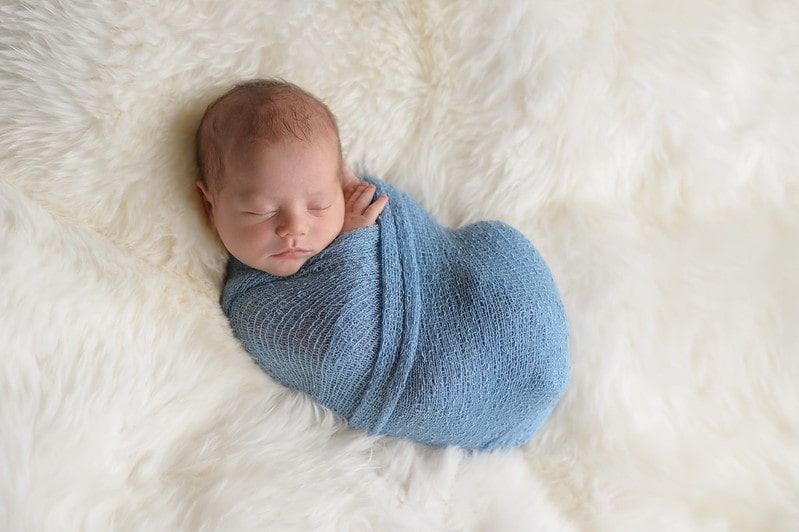 Looking for a list of the most inspiring or distinctive Celtic baby names for your newborn boy?

We have put together the 123 best Celtic baby names for boys, some of which you may recognise, and others of which might be less familiar.

To refer to the Celtic language and culture is to reference a heritage with deep foundational roots in Scotland, Ireland, Wales, Cornwall, parts of Brittany, Nova Scotia, and the Isle of Man. Renewed interest in the Celtic languages has led to a wider reverence for Celtic traditions, culture, and practice, and an increased focus on the need to preserve the Celtic languages - of which Welsh, Scottish, Irish, Gaelic, Cornish, and Breton are a part.

Naming your newborn baby boy with one of the many unusual and distinguished Celtic names, then, is a perfect way to pay respect to the Celtic cultural heritage. If you're looking solely for Scottish names, consider our comprehensive list; and if you're searching for a stellar middle name, check our summary.

Irish names constitute a significant component of Celtic names, and are frequently lyrical and unusual.

3.Cairbre KAHR-bra - Irish Gaelic, meaning 'one who rides in a chariot'.

10.Donnchad DO-nu-chugh - The Scottish and Irish version of Duncan.

There are also a significant number of Scottish boys' names that make up the best Celtic boy names. Here, we round up the diverse and distinct Scottish boy names to help you in your search.

24.Alisdair AL-is-dair - Scottish Gaelic for 'defender of men'. Alastair is the anglicised version.

25.Aonghas SHAY-muhs - Scottish Gaelic, composed of Celtic elements 'one' and 'choice'. The Irish form is Aengus.

26.Argyle AHR-gahyl - Originating from Argyll, the place, a county of southwestern Scotland.

27.Arran AR-ran - After the Isle of Arran. Can also be spelled Aaron.

36.Clyde KLAID - After the River Clyde that travels through Glasgow.

45.Maxwell MAK-swell - Typically a 12th-century surname, and referring to a place near Melrose in Scotland.

47.Ruairidh RO-ri - Another popular Scottish Celtic name, from ruadh meaning 'red' and righ meaning 'king'. Could your baby boy be a red-haired king?

Welsh is another significant cultural component of Celtic heritage and ancestry, and there are many beautiful Welsh baby names to choose from; any one of our wonderful Welsh names would be perfect for a little boy.

54.Cadan CAD-en - Both an Old Cornish and Old Wesh name derived from the Celtic for 'battle'.

55.Cadmael CAD-mayl - One of the unusual baby names for your boy, meaning 'war chief'.

59.Devaughn  de-VAHN - Derived from an Old Irish surname, and gender-neutral.

64.Gruffudd GRIF-in - Derived from the Welsh for 'lord'.

65.Lynn LIN - Meaning 'from the lake', and a gender neutral Welsh baby name.

66.Merlin MUR-lin - Coming from the Welsh 'muir', meaning 'sea', and 'dun', meaning 'hill'. Also a mythical figure, and one of the more unique boy names. Myrddin is the original Celtic.

Cornwall and Wale share significant heritage, from place names to saints, so there's crossover between the Welsh and Cornish boy names we list below. Any would make a great moniker for your newborn boy.

74.Austol OST-el - Breton saint who came to Cornwall, commemorated in the town of St Austell.

77.Bryok bree-OK - Derived from the Celtic brig meaning 'mighty' and mael meaning 'prince'. Can also be spelled Breok and Brioc.

85.Enyon EN-yen - A legendary Cornish ruler, and one of the stronger baby names.

87.Gerren GER-en - An ancient king of Cornwall, and the Celtic equivalent of Geraint.

91.Jago JAY-go - One of the Celtic names in translation, from the English James.

92.Jacka JAH-kha - Another of the more traditional boys' names in translation, the Cornish Celtic equivalent of Jack.

97.Ke KAY - Celtic saint who also gave his name to the parish of Kea.

99.Kenwyn KEN-win - Another Celtic saint who gave his name to the Kenwyn parish.

103.Madern MAD-ern - Welsh saint who gave his name to a village near Penzance.

105.Meryasek meri-YAZ-ek - The legendary founder of Brittany was Meriadoc; this is the Cornish Celtic version.

106.Mewan MEH-wan - An unusual option for your baby boy, and after a saint.

111.Peran PEH-ran - St Piran is the patron saint of Cornwall: his name is from the Irish Celtic Ciaran. Can also be spelled Perran and Piran.

112.Pascow PASK-o - If your baby boy is Easter-born, consider this Celtic name, which literally means 'Easter' in Cornish.

115.Rudhek ROOD-ek - A beautiful option for your Celtic baby, the Cornish equivalent of Robin.

120.Tristan TRIS-tan - From the Celtic legend of Tristan and Eseld.

123.Yestin YEST-ihn - Another of the distinguished baby names on this list, the Cornish diminutive of Justin.