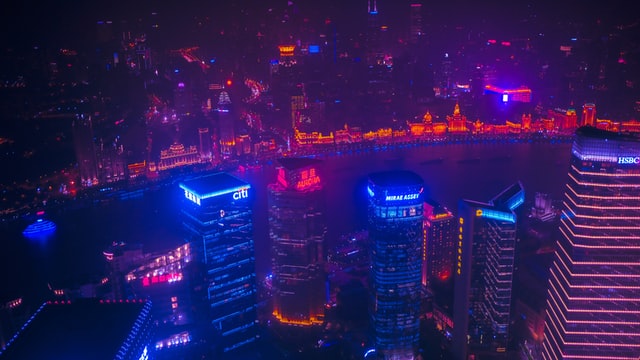 Cyberpunk is the science fiction genre that features advanced scientific technologies and is set in a futuristic and dystopian world where an oppressed society prevails.

Cyberpunk became famous in the early 1980s after many authors started to write in this new genre. Science fiction editor Gardner Dozois is regarded as the person who popularized the usage of this term.

Many notable writers like Phillip K. Dick, Roger Zelazny, William Gibsons, J. G. Ballard were the ones who established cyberpunk literature. These cyberpunk authors portrayed the cyberpunk culture and society and the aesthetic being linked with technology, science, and many gothic elements in that fictional world. Gradually, this popular genre spread to movies and games, and other mediums in pop culture. Cyberpunk aesthetic is a cyberpunk fashion inspired by cyberpunk movies like Blade Runner or The Matrix. It is similar to futuristic gothic-based fashion.

While a cyberpunk name isn't that different from other sci-fi names, some are very innovative and futuristic. Authors have to come with names and ideas that resonate with their characters and the context. So, without much delay, let's dive into this comprehensive list of 100+ cyberpunk names.

For more names, take a look at Futuristic Names and Gothic Girl Names.

Here is a list of great names options from print media for a male cyberpunk name, which can be futuristic too.

1. Armitage (French origin) meaning "a hermit's shelter". From a character in 'Neuromancer'.

4. Case is the name of the protagonist in the legendary cyberpunk novel 'Neuromancer'.

5. Cowboy is the name of the lead character in the cyberpunk book 'Hardwired'.

6. DON.MAC is an important character in the novel 'True Names'. For cool cyber names for guys, this should be an easy pick.

7. Da5id, a derivation of the name David, from 'Snow Crash'. This is an intelligent pick for a futuristic cyberpunk name.

9. Gunnar (Norse origin) meaning "fighter"; from a character in the cyberpunk comic 'Singularity 7'.

10. Hap (English origin) meaning "fate"; from the novel 'One of Us' and an appropriate option for cyber goth names.

15. Mailman is a character in the novel 'True Names'.

18. Rezin (Biblical origin) means "messenger"; from the protagonist in 'Blackstar'.

19. Turner (English origin) is the name of a character in 'Count Zero'.

Here is a list of names choices from print media for a female cyberpunk name.

21. Acrona is a female lead from 'Singularity 7'. For cyberpunk girl names, this is a great option.

22. Cerise (French origin) meaning "cherry"; from a character in the cyberpunk book 'Trouble & Her Friends'.

23. Dore (Scottish origin) is the protagonist's name in the novel 'Tea from an Empty Cup'.

25. Geneva (Germanic origin) refers to a juniper tree, a female's name in 'Singularity 7'.

26. India (Latin origin) refers to the country and is also the protagonist's name in 'Trouble & Her Friends'.

27. Ista is the name of the protagonist in the novel 'Night Sky Mine'.

29. Kay (Greek origin) means "rejoice"; derived from a 'Glasshouse' character. This is another cool and futuristic cyberpunk name.

30. Laura (Greek origin) meaning "laurel'; from the novel 'Islands in the Net'.

33. Molly (English origin) meaning "of the sea". The female lead in 'Neuromancer' has this name.

34. Najia (Arabic origin) means "free"; from the female reporter in 'River of Gods'. This is an insightful choice for cyberpunk girl names.

35. Nellodee is the name of the lead character in 'The Diamond Age'.

37. Vyrva (Fictional origin) is a character in 'Bleeding Edge'.

39. Yasmin (Arabic origin) is a character in the book 'When Gravity Fails'.

40. Yuki (Japanese origin) means "snow", from a character in 'Tea from an Empty Cup'.

Take a look at some unisex cyberpunk names from print media which make unique and awesome names.

41. Central is the name of a city in 'Blackstar'. A simple choice for cyberpunk city names.

42. Chon (Korean origin) meaning heaven; from a character in 'Singularity 7'.

43. KCID is the name of a character in the cyberpunk novel 'Dr. Adder'. This is a quirky cyber name to use.

44. Makko is the name of another character in 'Singularity 7'.

45. Promis is a software system in the book 'Bleeding Edge'.

46. Reg is the name of a character in 'Bleeding Edge'.

47. Robin (Germanic origin) means "fame-bright"; a lead character in 'Glasshouse', and a unisex cyberpunk name that can be used for all genders.

48. Shaheen (Arabic origin) meaning "majestic"; it is a character's name in 'River of Gods'.

49. Shawn (Hebrew origin) meaning "God is gracious"; from a significant character in the novel 'Bleeding Edge'.

51. Tal (Indian origin) meaning "beat"; from a character in 'River of Gods'- a very unique and futuristic cyberpunk name.

Scroll down to see some male cyberpunk names from pop culture.

53. Deckard (Germanic origin) means "roofer'; from Harrison Ford's role in the iconic cyberpunk and dystopian science fiction film 'Blade Runner'. Deckard is one of the most well-known cyberpunk characters of all time.

55. Dredd (Hebrew origin) means "the man of truth"; the officer's name from the eponymously titled film set in a dystopian cyberpunk world. For dystopian names, there isn't a better option.

56. Dyson (English origin) is the name of a character in the cyberpunk movie 'Alita: Battle Angel'.

61. Niander (Greek origin) meaning "new man"; the antagonist in 'Blade Runner 2049'. This is an exciting pick for a cyberpunk name.

65. Rinzler is an antagonist in 'Tron: Legacy'. This is a pretty cool cyberpunk name.

69. Silverhand is the name of Keanu Reeve's character in the game 'Cyberpunk 2077'.

70. Tyrell (English origin) meaning "stubborn"; the name of the evil company in 'Blade Runner 2049'. One of the most menacing cyberpunk corporation names.

71. Vilos is the name of a significant person in 'Total Recall'.

Here are a few female cyberpunk names from pop culture.

74. Alma (Latin origin) meaning "kind"; a hacker in 'VA-11 Hall-A'. This can be one of the unique cyberpunk hacker names.

75. Aurora (Roman origin) meaning "dawn"; one of the names from the dystopian movie 'Babylon A. D.' set in a cyberpunk world.

77. Cassandra (Greek mythology) means "one who excels"; the female officer's name in the movie 'Dredd'.

78. Freysa is a name from the film 'Blade Runner 2049'. This is an innovative option for cyberpunk girls' names.

81. Joi (french origin) meaning "joy"; from the science-fiction film 'Blade Runner 2049'. This can be a great cyberpunk name.

82. Latha (Indian origin) means "vine"; from the protagonist in "Technobabylon'.

83. Lenina is the female lead in the movie 'Demolition Man', set in a cyberpunk world.

85. Mara (Hebrew origin) meaning "strength"; from the game 'Ghostrunner' and a strong option for a futuristic cyberpunk name.

89. Quorra is a female character in the movie 'Tron: Legacy'.

91. Sabine (Italian origin) is a hacker from the game 'Watch Dogs: Legion'.

Unisex cyberpunk names are quite popular, so why not choose one of these names below?

98. Nice is a character in the cyberpunk-inspired film 'Hotel Artemis'. A nice and short cyberpunk name.

100. Sark is a program's name in the movie 'Tron'. This can be a great cyberpunk name.

101. Tron is the eponymous program from the movie 'Tron'.

103. Zhora was the name of a replicant in 'Blade Runner'.

Kidadl has lots of great baby names articles to inspire you. If you liked our suggestions for Cyberpunk Names then why not take a look at Gothic Boy Names, or for something different take a look at Steampunk Names.