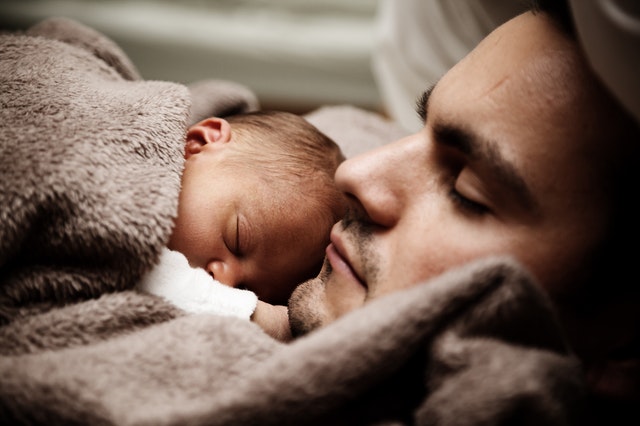 You don't need a special day to tell your father how much they mean to you. As he has always been there for you, you can always honor them in one way or another.

Dads are your first superheroes and your best friend. Just like some of these famous TV, movie, and celebrity dads. We have compiled a list of names of both fictional and real fathers who have touched our lives in more than one way. The dad names on our list are inspired by some of the greatest fathers either on TV, in movies, or in real lives.

While some are cool dad names, while others are typical dad names. Our list consists of dad names like Andrew, Michael, and others. Each person on this list has somehow affected our perception of life to love and everything in between. Check out these popular and classic dad names.

You can also check out mom names and Millennial names.

Every father on our list has their way of parenting, making you laugh or to teach you ways of life in both fun and sad ways. All these fathers want is to keep the family together. Here's our list of great dad names from TV.

10. Homer (Greek origin) means "pledge". Homer Simpson is the name of the dad on 'The Simpsons.'

11. Jack (English origin) means "God is gracious". Jack Pearson played by Milo Ventimiglia on the TV show 'This Is Us'.

12. Johnny (Germanic origin) means "Jehovah has been gracious; has shown favor". Johnny Rose played by Eugene Levy on the TV show 'Schitt's Creek'. One of the best dad names.

13. Michael (Hebrew origin) means "who is like God?" Michael Bluth played by Jason Bateman on the TV show 'Arrested Development'.

20. Tony (English origin) means “priceless one”. Tony Soprano was played by James Gandolfini on the TV show 'The Sopranos'.

Why wait for Father’s Day to give your dad a gift. A “best” father doesn't mean a dad with high-quality parenting skills, it simply means that he knows his faults and weaknesses yet he is the most honest and strongest person for his children, just like some of these movie dads. Here's our list of great dad names from films.

23. Atticus (Latin origin) means “belonging to Attica”. Atticus Finch played by Gregory Peck in the film 'To Kill a Mockingbird'.

26. Chris (Hebrew origin) means "Christ-bearer". Chris Gardner played by Will Smith in the film 'The Pursuit of Happyness'.

No matter what you call your dad, old man, Papi, papa, or daddy, these strong male dad names will remind you how powerful and protective your dad can be. All your Papi ever want is to shield their children from all the worries and evil of the world just like these dads. Here is our list of our favourite famous father names.

38. Alain: Alain Delon, the French actor is the father of four children.

39. Alan is one of the good dad names. Actor Alan Alda is the father of three.

40. Arnold is a strong male name. Actor Arnold Schwarzenegger is a father of five.

43. Brad: Brad Pitt is the dad of seven children.

52. Don: Sir Don Bradman, the legendary cricketer, has a son and daughter.

55. Eugene: the American playwriter Eugene O'Neill was a father of three.

56. Harry: Prince Harry is the father of Archie Harrison Mountbatten-Windsor.

62. John: Actor John Doman is a father to one child.

63. Jude: Jude Law is the father of Rafferty Law.

65. Kirk: famous footballer Kirk Cousnis. This is one of our favourite names.

68. Marlon: Actor Marlon Brando is the grandfather of Tuki Brando.

75. Orlando: famous dad: Orlando Bloom. One of the coolest names.

77. Pierce: Pierce Brosnan is the father of Dylan Brosnan.

79. Ryan: actor Ryan Reynolds is a father of three.

87. Will: famous father personality: Will Smith.

88. William: Prince William is the father of three children.

We hope this list helped you in your search for names. Kidadl has lots of great names articles to inspire you when giving your characters names. If you liked our suggestions for dad names then why not take a look at two syllable boy names, or for something different take a look at alternative names.