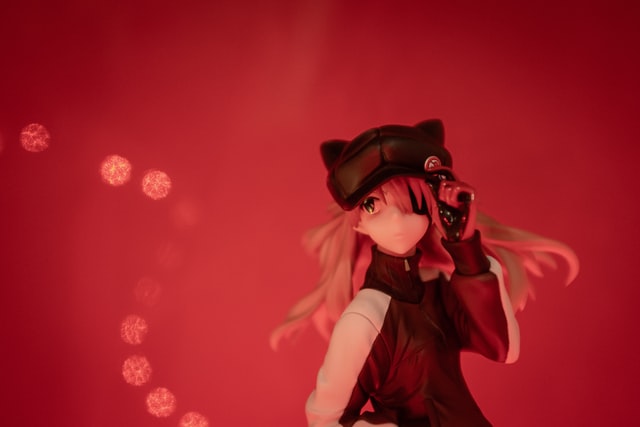 Danganronpa was created by a man named Kazutaka Kodaka. It is owned by Spike Chunsoft.

The Japanese series is about some high school students. There are several characters like Celestia Ludenberg, Junko Enoshima, Kyoko Kirigiri, and others. Junko Enoshima keeps talking about hope and despair, and how the two are related. All the other characters have individual characteristics and have been created with a lot of thought. This article has some Danganronpa quotes that you will love. It includes Danganronpa v3 quotes, Danganronpa 2 quotes, and some funny Danganronpa quotes too. After its wide popularity, the game was made in manga and anime and hence it became even more popular among children and adults around the world. If you like Japanese anime series, you will love every quote on this list too. The latest Danganronpa release was in 2017 while the first was in 2010. It is available for people who use iOS, Android, Xbox, and Play Stations.

If you like our suggestions for Danganronpa Quotes, then why not take a look at Video Game Quotes or [Metal Gear Solid Quotes].

Here are some good Danganronpa quotes.

1. "I’m rather proud of my ability to tell lies. I can trick not only others, but even my own heart."

2. "Wherever there is hope, there is most definitely despair."

3. "You said that despair is as contagious as any disease. But the same is true of hope. You just have to look at us to see how true that is."

4. "No matter who the enemy may be, those who can’t adapt will be the first to die."

5. "As long as you have hope, you can keep moving forward no matter what trouble you may fall into."

6. "Every living person is bound to have embarrassing memories and things that they want to keep secret."

7. "It is not the strong or the smart that survive, but the ones who can bring about change."

8. "A man’s weight consists nothing but what he burdens himself with."

9. "The act of searching for  hope, to try and find it - that by itself is the true meaning of hope."

10. "I guess not knowing someone doesn’t mean you don’t understand them."

Here are some feel-good Danganronpa quotes.

11. "If the world outside is void of hope, and if despair is contagious, then I will have to infect everyone with my hope."

12. "It’s odd, isn’t it? People die everyday and the world goes on like nothing happened."

15. "Every human has regrets, has things they'd like to go back and change. But I don't because I am a bear!"

16. "Fear is proof that your imagination is functioning. Frankly, I feel bad for anyone who can’t feel fear. Without imagination, you can never deduce which action to take next."

17. "A lack of adaptability...is a lack of survivability. Survival is not based on who is the strongest or the smartest. It comes down to who can adapt."

18. "What I really love about sports isn't winning, ya know? It's having to fight and struggle and give it all you got to reach the top."

19. "Hope is harmony. A just heart, moving toward the light. That is all. Despair is hope's polar opposite. It is messy and confusing."

20. "Despair swallows up love, hatred, and everything else. Because not knowing where you will end up is despair. Despair is what even you cannot predict. Only despair's unpredictability will save you from a boring future."

21. "There's more to life than just talent. That was something Instructor Chisa told me, but... Your life won't be interesting just because you have a talent. By getting involved with others and making memories, hope, which is more important than talent, is born. I have fun playing with you... I think."

22. "It is not the strong or the smart that survive, but the ones who can bring out change."

23. "I never erase a photo once I take it. That's my policy. No matter what kind of photo it is, the moment captured in it only exists at that time."

24. "If you kept making light of peoples emotions, it would come back to bite you."

25. "It doesn't matter how negative something is. Just add lol and it will automatically become positive."

27. "Reading that made me realize how totally powerless I was. It was the country's finest, top to bottom. I felt like a tame little house cat who'd wandered into a pride of lions."

28. "I think it's a good thing to protect things that need to be protected."

29. "A hint is one thing, but simply sharing the answer it leads to is dangerous."

30. "Leaders gotta be able to take decisive action! Indecision is just the worst!"

Here are some deep Danganronpa quotes.

31. "Girls could never understand the passionate bonds that we men share. Male friendship is a bond that runs thicker than blood!"

33. "You know, isn’t it said that life has its ups and downs? It’s fun because downs come after ups, but if life was full of downs, wouldn’t it get boring?"

34. "Protection against deception, and never allow others to read your emotions. And whoever stands before you, don't let them push you around. Remember that."

35. "Being alone is not synonymous with being lonely."

36. "You’re all spending an awful lot of time yelling and carrying on. Do you really think you can afford to do so? Have none of you accepted the reality of the situation?"

37. "I’m still totally lost, but I think it’s best to just focus on getting to know each other for now. So I guess this is as good a chance as I’m gonna get."

39. "Listen to me! Outward appearances are meaningless! What you see before your eyes is nothing but the skin that wraps my true self! My meaning and worth can be judged only by the contents of my work!"

40. "There is no greater accomplishment in life than pushing yourself to the limit, always! Isn’t that so? That’s all there is to it!"

Here at Kidadl, we have carefully created lots of interesting family-friendly quotes for everyone to enjoy! If you liked our suggestions for Danganronpa Quotes, then why not take a look at Gaming Quotes or Yoko Taro Quotes.