42 Best Dolphin Jokes That Will Make You Flip-per 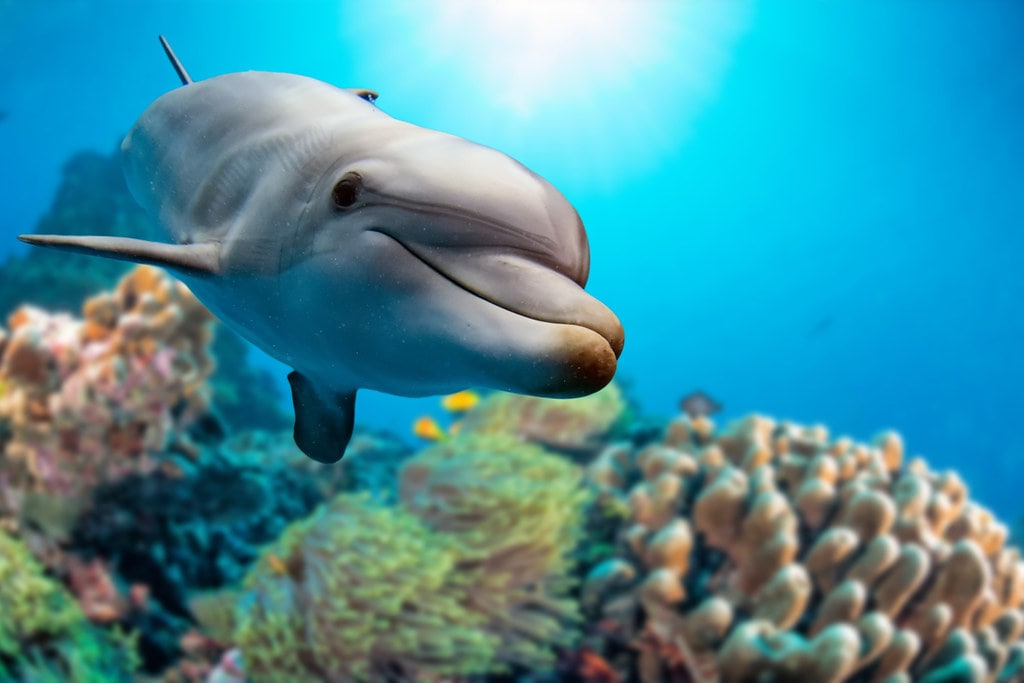 Are the kids looking for something to amuse their friends when they head back to school in September? Or maybe you're looking for some funny rainy day inspiration. Whether your kids love Batman, the magic of unicorns or are super fans of Despicable Me we've collected the funniest jokes to keep everyone laughing.

And today we're taking a trip to the deep with the best, and silliest, dolphin jokes on land or sea!

Your family will have a whale of a time with these brilliant question and answer dolphin jokes.

If dolphins didn't live in the ocean and lived on land instead, which country would they live in? Finland!

What did Cinderella dolphin lose at the ball? Her glass flipper!

What currency do dolphins use? Sand dollars!

Where do dolphins go to sleep? In their water beds!

Why was the dolphin so grumpy? He ate too many crabs!

Why don’t dolphins ever play tennis? Because they’re too scared of the net!

What is a dolphin’s favourite game to play at parties? Salmon Says!

What did Mummy dolphin say when little dolphin was late for dinner? Nothing, she just flipped!

How do poorly dolphins get to the underwater hospital? By clam-bulance!

Who helps poorly dolphins at the underwater hospital? Sturgeons!

What did the dolphin say when he avoided going to prison? I'm off the hook!

What made the dolphin suddenly blush? It saw the ocean's bottom!

Why did the dolphins get married? Because they were head over fins in love!

What’s a dolphin’s favourite ride at the theme park? The Big Dipper!

What did the dolphin policeman say to his partner at the crime scene? Something smells fishy!

What's the best way to hear what dolphins have to say? Listen to their podcast!

What did the baby dolphin say when he was sad? Nothing, he just whale-d!

Get ready to clap your flipper to these funny dolphin puns for all the family.

Why did the dolphin cross the road? To get to the other tide!

Where do lady dolphins keep their money? In their octo-purse!

What is a dolphin’s favourite TV programme? Whale of fortune!

What does a dolphin ask when he doesn't understand? Can you be more Pacific?!

How do dolphins make a decision? They flipper coin!

What should dolphins always have to stay healthy? Vitamin Sea!

Why do dolphins always fail their school tests? Because they work below C level!

When the dolphin was feeling sad, how did the octopus make him laugh? With ten-tickles!

Where do underwater dolphin races end? At the dol-phinish line!

What did the man say to the dolphin at the magic show? Pick a cod, any cod!

Why was the dolphin so sad? His life had no porpoise!

What do dolphins use to clean their houses? All-porpoise cleaner!

What do dolphins say when they hear bad jokes? That's the seal-iest thing I've ever heard.

How do dolphins send all their messages? Via sea-mail!

What did the ocean say to the dolphin? Nothing, it just waved!

Get straight to the point with these hilarious one-liner dolphins jokes.

Did you know that dolphins are the most calculated animal - they do everything on porpoise.

Did you hear about the romantic dolphin - he fell in love with the girl next dorsal.

The audience at the water show were so bored of waiting for the dolphins to jump, they shouted "Water you waiting for?"

Did you hear about the elderly dolphin - he lost his herring.

Did you know that there's no charge to get into our local aquarium if you're camping or dressed as a dolphin - to all in tents and porpoises, it's free!

Did you know that dolphins can only live in salt water, because pepper water makes them sneeze!

Did you hear about the dolphin who went to his first party - he had a whale of a time!

After years of research, scientists have finally discovered a way to make dolphins invisible. I don’t really see the porpoise!