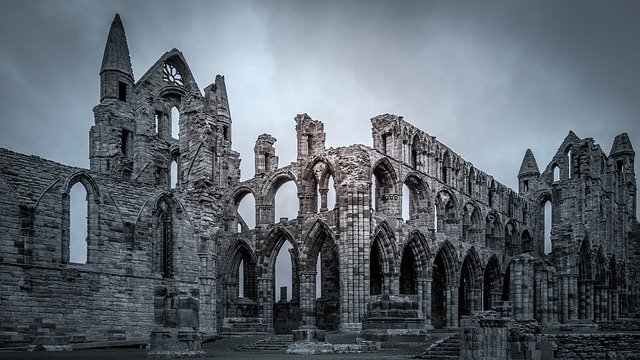 Dracula is a character that has single-handedly made the whole undead genre popular.

Bram Stoker basically started the trend. Although, there were a couple of stories already in existence, he did it before it became cool.

In 'Dracula', Stoker gathered all the myth, information, legends, folklore and everything else that was available, and combined them to birth the character of the Prince of Horror, Count Dracula. Which is why we have compiled a list of quotations from the book and movie both, to provide you with some extra chills to make this winter last a bit longer. It can even be said that Dracula is a metaphor for human desire, and it could even be said that he isn't a bad guy. Another metaphor within the novel is that one who finds true love is the luckiest man who walks this earth. Whether you are looking for Bram Stoker's 'Dracula' quotes, Bram Stoker quotes, 'Dracula' love quotes, 'Dracula' book quotes, famous gothic literature quotes, famous 'Dracula' quotes, Important quotes in 'Dracula' or quotes from Bram Stoker, here, you will find them all.

If you want to read more about gothic literature, please check out our similar ones [Frankenstein's Monster quotes] and [Edgar Allen Poe quotes].

Whether you fancy the lives of the undead or get repulsed by them, a vampire's existence is one we simply cannot ignore. Here are some quotations that prove it, so enter freely and of your own will and read these best spooky quotes!

1.  “No man knows till he has suffered from the night how sweet and dear to his heart and eye the morning can be.”

2. “I sometimes think we must be all mad and that we shall wake to sanity in strait-waistcoats.”

3. “No man knows till he experiences it, what it is like to feel his own life-blood drawn away into the woman he loves.”

5.  “Do you believe in destiny? That even the powers of time can be altered for a single purpose?"

6. “There are mysteries which men can only guess at, which age by age they may solve only in part.”

7. "That the luckiest man who walks on this earth is the one who finds true love?”

8.  “Oh, the terrible struggle that I have had against sleep so often of late; the pain of the sleeplessness, or the pain of the fear of sleep, and with such unknown horror as it has for me."

9.  “I am all in a sea of wonders. I doubt. I fear. I think strange things, which I dare not confess to my own soul.”

10.  “Do you not think that there are things which you cannot understand, and yet which are, that some people see things that others cannot?"

12.  “Listen to them, the children of the night. What music they make!”

Bram Stoker, in his book 'Dracula', has provided us with some of the most memorable sayings ever. Here are a few of them.

14.  "It is old, and has many memories, and there are bad dreams for those who sleep unwisely."

15.  "Whenever he spoke of his house he always said ‘we’, and spoke almost in the plural, like a king speaking."

16.  "What devil or what witch was ever so great as Attila, whose blood is in these veins?"

17.  "Where ends the war without a brain and heart to conduct it?"

18.  "I am beginning to feel this nocturnal existence tell on me. It is destroying my nerve. I start at my own shadow, and am full of all sorts of horrible imaginings."

19.  "There was something about them that made me uneasy, some longing and at the same time some deadly fear."

20.  "How can I escape from this dreadful thing of night, gloom, and fear?"

21.  "There, in one of the great boxes, of which there were fifty in all, on a pile of newly dug earth, lay the Count! He was either dead or asleep."

22.  "Tomorrow, my friend, we must part. You return to your beautiful England, I to some work which may have such an end that we may never meet."

23.  "The last I saw of Count Dracula was his kissing his hand to me, with a red light of triumph in his eyes, and with a smile that Judas in hell might be proud of."

24.  "The last glimpse I had was of the bloated face, blood-stained and fixed with a grin of malice which would have held its own in the nethermost hell."

'Dracula' has many important quotes. Here, we have provided a list of them.

26.  "I am told that, with a little practice, one can remember all that goes on or that one hears said during a day."

27.  "He has a curious habit of looking one straight in the face, as if trying to read one’s thoughts."

28.  "I wish I were with you, dear, sitting by the fire undressing, as we used to sit, and I would try to tell you what I feel."

29.  "Mr. Quincy P. Morris found me alone. It seems that a man always does find a girl alone."

30.  "We’ve told yarns by the campfire in the prairies, and dressed one another’s wounds after trying a landing at the Marquesas, and drunk healths on the shore of Titicaca."

31.  "They have a legend here that when a ship is lost bells are heard out at sea."

32.  "His face fell, and I could see a warning of danger in it, for there was a sudden fierce, sidelong look which meant killing."

33.  "What he desires is to absorb as many lives as he can, and he has laid himself out to achieve it in a cumulative way."

34.  "Lucy has not walked much in her sleep the last week, but there is an odd concentration about her which I do not understand, even in her sleep she seems to be watching me."

35.  "There’s something in that wind and in the hoast beyont that sounds, and looks, and tastes, and smells like death."

36.  "I called in fright, ‘Lucy! Lucy!’ and something raised a head, and from where I was I could see a white face and red, gleaming eyes."

37.  "Between me and the moonlight flitted a great bat, coming and going in great whirling circles."

42. "If you only knew how gladly I would die for her you would understand …"

43.  "My dear mother gone! It is time that I go too. Goodbye, dear Arthur, if I should not survive this night. God keep you, dear, and God help me!"

45. "If that were all, I would stop here where we are now, and let her fade away into peace, for I see no light in life over her horizon."

46.  "Well, the devil may work against us for all he’s worth, but God sends us men when we want them."

48. "Jack Seward, I don’t want to shove myself in anywhere where I’ve no right to be, but this is no ordinary case."

49.  "There has been a series of little circumstances which have thrown out all our calculations as to Lucy being properly watched."

53. "My revenge is just begun! I spread it over centuries, and time is on my side."

54. "Now God be thanked that all has not been in vain! See! the snow is not more stainless than her forehead! The curse has passed away!"

55. "I want you to believe...to believe in things that you cannot."

56. "I have learned not to think little of any one’s belief, no matter how strange it be."

Here at Kidadl, we have carefully created lots of interesting family-friendly quotes for everyone to enjoy! If you liked our suggestions for 'Dracula' quotes then why not take a look at [Dr. Jeykll and Mr. Hyde quotes], or 'Wuthering Heights' quotes.