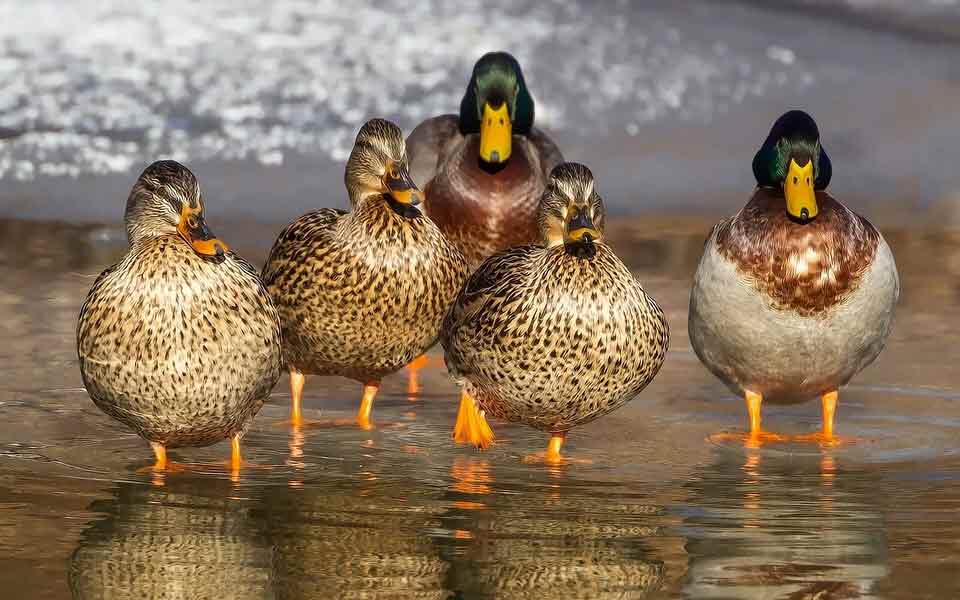 Goosebumps, like a sitting duck, duck and dive, duck quotes, and duck personalities all feature in children’s storybooks and ducks have an important part to play as a bird, as well in languages!

The character of ducks is truly intriguing. Even as they continue to paddle like crazy underwater, they keep calm and maintain a happy face all the time. That’s why dozens of duck characters and duck quotes are found in the books. A collection of duck quotes from authors and well-known personalities is a way to understand how differently people perceive this bird from the anatidae family! In this list, you will find a quote about ducks, duck captions, duck sayings.

If you find duck quotes interesting, why not look at chicken quotes and [nature quotes].

Some of the best duck quotes are in praise of the ducks’ character, reflecting a calm persona above the water while it paddles continuously underwater. Some are from authors like Nyiri Murtagh, spoken for the ‘Love of Ducks’.

1. “When the ducks are walking, you know it's too windy to play golf.”

2. "Like a duck on the pond. On the surface everything looks calm, but beneath the water those little feet are churning a mile a minute."

4. “Ducks are one of the smallest types of waterfowl…often the most colorful.”

5. “Be like a duck, paddling and working very hard inside the water, but what everyone sees is a smiling and calm face.”

6. “Always behave like a duck, keep calm and unruffled on the surface but paddle like the devil underneath.”

7. “I let that negativity roll off me like water off a duck's back. If it's not positive, I didn't hear it...”

9. “The secret of success is to be like a duck, smooth and unruffled on top, but paddling furiously underneath.”

10. “How fleeting are all human passions compared with the massive continuity of ducks.”

11. “A healthy duck will be bright and will try to get away from people...”

Most authors of duck quotes see ducks as an example to be followed. Duck quotes from books, and duck quotes explaining the general behaviors of ducks, mostly show the positive side of ducks.

13. “Duck love is recognizable in any language.”

14. “I've always had a duck personality. Calm above water, feet going crazy below.”

15. “Ducks are masterfully designed…for both aquatic and terrestrial life.”

16. “Christianity is why the 'Duck Dynasty' family is still together.”

17.  “The perils of duck hunting are great - especially for the duck.”

19. “The popularity of ducks— often described as the happiest animals in the barnyard— is increasing in many areas of the world.”

20. “A new duck may be dirty because it soiled itself on the way home…should not be interpreted as a sign of illness.”

– Douglas Adams, ‘Life, The Universe And Everything’.

Authors have a lot of funny things to say about ducks. Here are some hilarious duck quotes. Keep calm and get your share of laughter!

23. “A duck tastes the same whether they're shot sitting or flying.”

24. “Nature is a wet place where large numbers of ducks fly overhead uncooked.”

26. “If it looks like a duck, and quacks like a duck, we have at least to consider the possibility that we have a small aquatic bird of the family anatidae on our hands.”

30. “I can do a really good animal impression! I'm great at ducks, cats, dogs, and occasionally dolphins.”

31. “Ducks can make a highly effective pest patrol in the garden…keep them from tender plants and low-growing fruit.”

33. “Man who waits for roast duck to fly into mouth must wait very, very long time.”

Here at Kidadl, we have carefully created lots of interesting family-friendly quotes for everyone to enjoy! If you liked our suggestions for duck quotes, then why not take a look at wildlife quotes or funny animal quotes.