30+ Best Ever Biology Quotes For All Budding Scientists 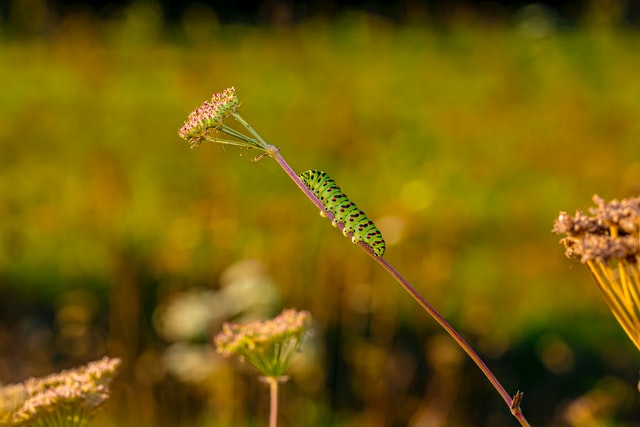 Biology is one of the natural sciences involving the study of living organisms, their structure, growth, function, distribution, origin, and evolution.

But did you know that biology is an umbrella term consisting of a multitude of subjects? These include botany, zoology, physiology, cell biology, molecular biology, microbiology, genetics, marine biology, evolutionary biology, and many more!

Biology has more than just classroom implications. It helps us to learn about the living world and makes us aware of pertinent issues such as climate change, environmental pollution, genetically modified foods, endangered species, crop research, and health disorders. Like any other scientific discipline, biology helps us to think logically and critically about the world around us so that we can make informed decisions based on concrete observations. You could take a look at these funny biology quotes, quotes about how amazing biology is and quotes of how biology impacts the world.

If you like what you read, check out Charles Darwin quotes and physics quotes as well!

The field of biology is vast and there are various subjects in it to keep you enraptured in the workings of the living world. So, here are some famous quotes about biology that will tell you how amazing the discipline is and how it impacts the world.

1. "The finding of the double helix thus brought us not only joy but great relief. It was unbelievably interesting and immediately allowed us to make a serious proposal for the mechanism of gene duplication."

2. "I believe that thirty million of these animalcules together would not take up as much room, or be as big, as a coarse grain of sand."

3. "Biology is also more important than physics, as measured by its economic consequences, by its ethical implications, or by its effects on human welfare."

4. "Biology is the study of complicated things that have the appearance of having been designed with a purpose."

6. “There is no scientific study more vital to man than the study of his own brain. Our entire view of the universe depends on it.”

7. "In biology, nothing is clear, everything is too complicated, everything is a mess, and just when you think you understand something, you peel off a layer and find deeper complications beneath. Nature is anything but simple."

8. "A gene is a long sequence of coded letters, like computer information. Modern biology is becoming very much a branch of information technology."

9. "Any concept of biology is not only sterile and profitless, it is distorted and untrue, if it puts its primary focus on unnatural conditions rather than on those vast forces not of man's making that shape and channel the nature and direction of life."

10. "Biology, meaning the science of all life, is a late notion."

11. "Biology is now bigger than physics, as measured by the size of budgets, by the size of the workforce, or by the output of major discoveries; and biology is likely to remain the biggest part of science through the twenty-first century."

12. “There’s biology in everything, even when you’re feeling spiritual.”

Can there be anything more interesting than how the living world came about? These evolutionary biology quotes will tell!

14. "Once evolution gets a good basic design, it tends to throw away the variants and concentrate on the near-infinite diversity within that design."

15. "As natural selection works solely by and for the good of each being, all corporeal and mental endowments will tend to progress toward perfection."

16. “The evolution of a brain was a feat of fantastic difficulty — the most spectacular enterprise since the origin of life itself.”

17. “Comparative parasitology supports the evolutionary hypothesis. If two animals have a common ancestor, their parasites are likely to be descended from those of the ancestor.”

18. “But if, before you die, you want to understand why you lived in the first place, Darwinism is the one subject that you must study.”

19. “Seeking to populate this otherwise sterile universe with living creatures, God chose the elegant mechanism of evolution to create microbes, plants, and animals of all sorts.”

20. "The theory of evolution is quite rightly called the greatest unifying theory in biology."

21. “For a biologist the alternative to thinking in evolutionary terms is not to think at all.”

22. “Life originated in the sea, and about eighty percent of it is still there.”

23. "The sea was the cradle of primordial life, from which the roots of our own existence sprouted. Billions of years of evolutionary development brought forth an enchanting variety of forms, colors, lifestyles, and patterns of behavior. "

24. “Evolution is cleverer than you are.”

25. "You can't even begin to understand biology, you can't understand life, unless you understand what it's all there for, how it arose - and that means evolution."

The aquatic environment is a bewitching place with its diversity of flora and fauna. But it is increasingly threatened with each passing day. If marine science and conservation of the marine environment are what fascinates you, here are some quotes about marine biology to spark your interest.

26. "I hope for your help to explore and protect the wild ocean in ways that will restore the health and, in so doing, secure hope for humankind."

27. "All the king’s horses and all the king’s men will never gather up all the plastic and put the ocean back together again."

28. "It is a curious situation that the sea, from which life first arose should now be threatened by the activities of one form of that life."

29. "Without water, our planet would be one of the billions of lifeless rocks floating endlessly in the vastness of the inky-black void."

30. "I said that the oceans were sick but they're not going to die. There is no death possible in the oceans — there will always be life — but they're getting sicker every year."

31. "Even in the vast and mysterious reaches of the sea we are brought back to the fundamental truth that nothing lives to itself."

32. “It’s a little-appreciated fact that most of the animals in our ocean make light.”

33. "Great attention gets paid to rainforests because of the diversity of life there. Diversity in the oceans is even greater."

34. "No aquarium, no tank in a marine land, however spacious it may be, can begin to duplicate the conditions of the sea. And no dolphin who inhabits one of those aquariums or one of those marine lands can be considered normal."

Here at Kidadl, we have carefully created lots of interesting family-friendly quotes for everyone to enjoy! If you liked our suggestions for biology quotes then why not take a look at quotes about the universe, or funny science quotes