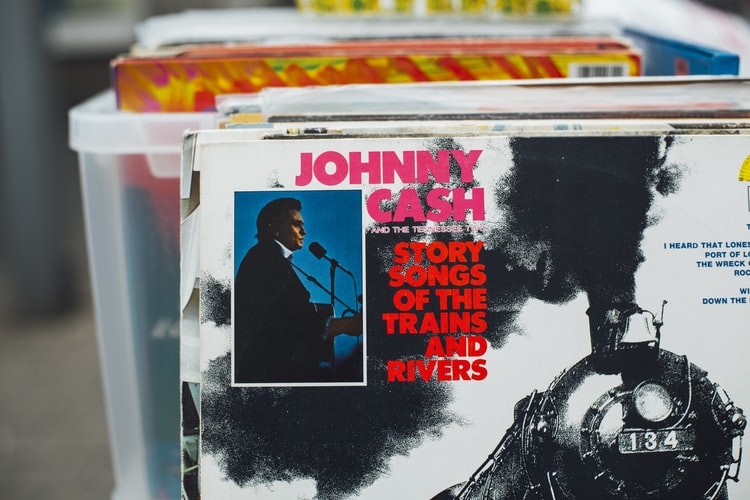 Johnny Cash was an iconic American singer and songwriter.

Johnny Cash had different nicknames like J.R, Johnny and Man In Black. Cash is credited for singing iconic country songs that are still popular.

His best selling song is 'Ring Of Fire'. Not only a country music singer, Cash also wrote and performed numerous songs in different genres like rock and roll, folk, gospel and others. If you are a fan of this great man then do check out the following quotes and we promise you will find them to be delightful.

If you find our content interesting then do check out Willie Nelson quotes and [country quotes].

1. "I've always explored various areas of society. And I love the young people. And I had an empathy for prisoners and did concerts for them back when I thought that it would make a difference - you know? - that they really were there to be rehabilitated."

3. "The things that have always been important: to be a good man, to try to live my life the way God would have me, to turn it over to Him that His will might be worked in my life, to give it all I've got, and to take pride in my work as an honest performer."

4. "Success is having to worry about every damn thing in the world, except money."

5. "I'm not bitter. Why should I be bitter? I'm thrilled to death with life."

7. "However, neither he nor anyone else could have become the star Elvis was. Ain't nobody like Elvis. Never was."

8. "I wore black because I liked it. I still do, and wearing it still means something to me. It's still my symbol of rebellion against a stagnant status quo, against our hypocritical houses of God, against people whose minds are closed to others' ideas.'

9. "You're so heavenly minded, you're no earthly good."

10. "They're powerful, those songs. At times they've been my only way back, the only door out of the dark, bad places the black dog calls home."

11. "God's the final judge for Elvis Presley and Johnny Cash too. That's solely in the hands of God."

12. "I knew I wanted to sing when I was a very small boy. When I was probably four years old. My mother played a guitar and I would sit with her and she would sing and I learned to sing along with her."

14. "Johnny is the nice one. Cash causes all the trouble. They fight."

15. "I keep a close watch on this heart of mine

I keep my eyes wide open all the time

I keep the ends out for the tie that binds

Because you're mine, I walk the line."

17. "There's no way around grief and loss: you can dodge all you want, but sooner or later you just have to go into it, through it, and, hopefully, come out the other side. The world you find there will never be the same as the world you left."

18.  "If you aren't gonna say exactly how and what you feel, you might as well not say anything at all."

19. "It's good to know who hates you and it is good to be hated by the right people."

22. "How well I have learned that there is no fence to sit on between heaven and hell. There is a deep, wide gulf, a chasm, and in that chasm is no place for any man."

24. "People call me wild. Not really though, I'm not. I guess I've never been normal, not what you call Establishment. I'm country."

25. "All your life, you will be faced with a choice. You can choose love or hate…I choose love."

To see if I still feel

I focus on the pain

The only thing that's real."

27. "Oh, fear is a liar with a smooth and velvet tongue

Fear is a tyrant, he's always telling me to run

Oh, love is a resurrection and love is a trumpet sound."

But the meanest thing that he ever did

Was before he left, he went and named me 'Sue'".

'Son, always be a good boy, don't ever play with guns'

But I shot a man in Reno just to watch him die."

30. "Gather round me people there's a story I would tell

About a brave young Indian you should remember well."

Leave your guns at home Bill

Don't take your guns to town."

Upon my liar's chair

Beneath the stains of time

It's rolling round the bend

And I ain't seen the sunshine since I don't know when

And if a man's gonna make it, he's gotta be tough

And I knew I wouldn't be there to help ya along.

So I give ya that name and I said goodbye."

And when Old Glory raised

Among the men who held it high

Was the Indian, Ira Hayes."

36. "When I hear that trumpet sound

There ain't no grave

Gonna hold my body down."

37. "Take one fresh and tender kiss

Add one stolen night of bliss

One girl, one boy, some grief,

some joy Memories are made of this."

- Johnny Cash, 'Memories Are Made Of This'.

38. "Deep in the heart of the infinite darkness, a tiny blue marble is spinning through space.

39. "Save my love through loneliness

Save my love for sorrow

I'm given you my onliness

Come give your tomorrow!"

Everyone I know goes away

times were hard and things were bad.

But there's a silver lining behind every cloud."

42. "And he decides who to free and who to blame

Everybody won't be treated all the same

There'll be a golden ladder reachin' down

When the man comes around…"

- Johnny Cash, 'When The Man Comes Around'.

43. "You miss a lot of opportunities by making mistakes, but that's part of it: knowing that you're not shut out forever, and that there's a goal you still can reach."

45. "I knew that when I left there at the age of 18, I wouldn't be back. And it was common knowledge among all the people there that when you graduate from high school here, you go to college or go get a job or something and do it on your own."

46. "I love the freedoms we got in this country, I appreciate your freedom to burn your flag if you want to, but I really appreciate my right to bear arms so I can shoot you if you try to burn mine."

48. "There is a spiritual side to me that goes real deep, but I confess right up front that I'm the biggest sinner of them all."

49. "Life is the question and life is the answer, and God is the reason and love is the way."

50. "Six foot six he stood on the ground

But I saw that giant of a man brought down

To his knees by love"

52. "The Master of Life's been good to me. He has given me strength to face past illnesses, and victory in the face of defeat. He has given me life and joy where other saw oblivion... Life and love go on, let the music play."

53. "I learn from my mistakes.  It’s a very painful way to learn, but without pain, the old saying is, there’s no gain."

Here at Kidadl, we have carefully created lots of interesting family-friendly quotes for everyone to enjoy! If you liked our suggestions for johnny cash quotes then why not take a look at [country love quotes], or [country girl quotes].