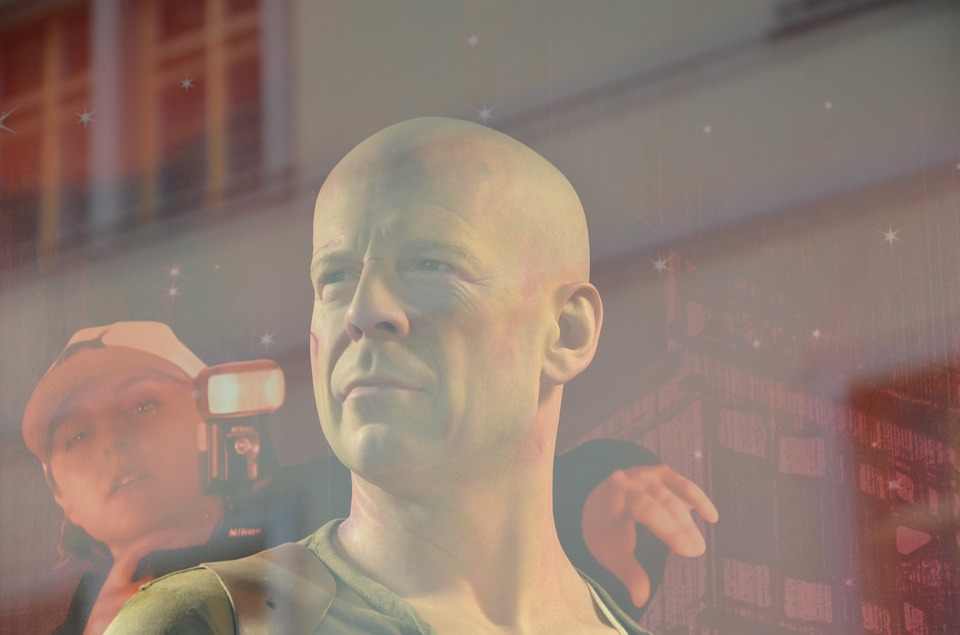 'The Fifth Element' movie was co-written and directed by Luc Besson.

The movie was a hit and collected more than $263 million worldwide. It also won many awards like the British Academy Film award, the Cesar award, etc.

The film's plot is set in the 23rd century, and Korben Dallas, a taxicab driver, fights to save the earth after a humanoid woman named Leeloo tells him about the impending danger. Dallas joins hands with Leeloo, who is regarded as the fifth element, recovers four mystical stones, and saves the earth.

All futuristic fantasy movie lovers will cherish the mind-blowing quotes listed here. If you are interested in such quotes, check [Bruce Willis quotes] and '90s movie quotes.

Gary Oldman played the role of Jean-Baptiste Emanuel Zorg. He is the main villain in the movie, and the Zorg quotes listed here will throw some light on his evil character.

1." BRAVO! Bravo! My compliments, little lady. Thank you for doing all the dirty work. I couldn't have done the job myself. Hand over the stones."

2. "Priest Vito Cornelius: I try to serve life. But you only... seem to want to destroy it.

Jean-Baptiste Emanuel Zorg: Oh, Father, you're so wrong. Let me explain.  Life, which you so nobly serve, comes from destruction, disorder and chaos."

3. "You see, Father, by creating a little destruction, I'm actually encouraging life. In reality, you and I are in the same business. Cheers."

4. "Torture who you have to. The President, I don't care. Just bring me those stones. You have one hour."

Jean-Baptiste Emanuel Zorg: I'm so glad to hear you, Aknot.

Aknot: The mission is accomplished. You have what you asked for a few hours.

Jean-Baptiste: Good. I'll meet you at my factory."

7. "Priest Vito Cornelius: Because it is evil, absolutely evil.

9." Where's the robot to pat you on the back? Or the engineer? Or the children, maybe? There, you see now, how all your so-called power counts for absolutely nothing now, how your entire empire can come crashing down because of one... little... cherry."

Zorg: It's light. Handle's adjustable for easy carrying, good for righties and lefties. Breaks down into four parts, undetectable by x-ray, ideal for quick, discreet interventions. A word on firepower. Titanium recharger, three thousand round clip with bursts of three to three hundred, and with the Replay button - another Zorg invention - it's even easier."

11." I hate warriors, too narrow-minded. I'll tell you what I do like though: a killer, a dyed-in-the-wool killer. Cold blooded, clean, methodical and thorough. Now a real killer, when he picked up the ZF-1, would've immediately asked about the little red button on the bottom of the gun.."

Chris Tucker played the role of Ruby Rhod. He is a talk show host who helps Dallas in his fight against evil. 'The Fifth Element' Ruby Rhod quotes listed here will make you understand his nature.

DJ Ruby Rhod: No. 'Cuz if it was a bomb, the alarms would go off 'cuz all these hotels have bomb detectors, right? [the alarms go off]."

13." And now we enter what must be the most beautiful concert hall of all the universe! A perfect replica of the old opera house! ...But who cares?"

15." I only speak two languages, English and bad English."

Korben Dallas: Yeah, multipass, she knows it's a multipass. Leeloo Dallas. This is my wife.

Korben Dallas: We're newlyweds. Just met. You know how it is. We bumped into each other, sparks happen...

Korben Dallas: Yes, she knows it's a multi pass. Anyway, we're in love."

18." Police Officer: Sir, are you classified as human?

Korben Dallas: Negative, I am a meat popsicle."

Bruce Willis: When she woke up, she said a bunch a stuff. I didn't understand any of it but -- what does 'ecto gammat' mean?"

Korben Dallas: Good. That… that whole thing's your name, huh? Do you have, uh… a shorter name?

24." Leeloo: Everything you create, you use to destroy.

25." Look lady, I'm all for a conversation but maybe you can just SHUT UP for a minute."

Here at Kidadl, we have carefully created lots of interesting family-friendly quotes for everyone to enjoy! If you liked our suggestions for 'Fifth Element', then why not take a look at 'Back to the Future' quotes or [Armageddon quotes].