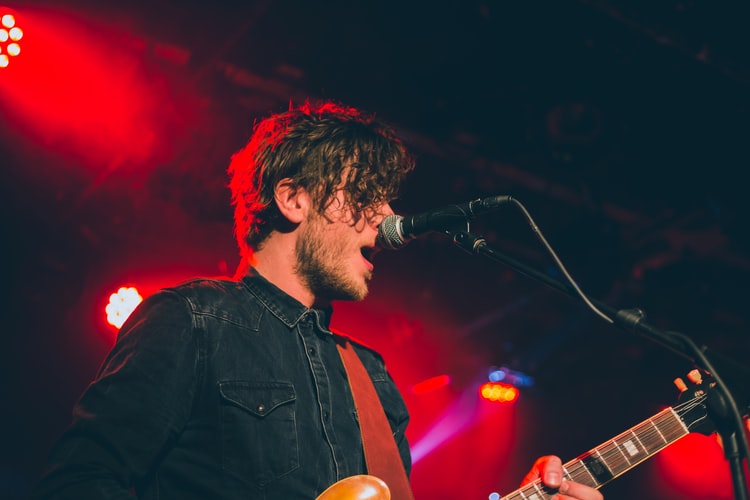 Freddie Mercury was the iconic lead vocalist of the English band, Queen.

Born as Farrokh Bulsara in Zanzibar, he moved to England where he started working part-time at Heathrow airport. The iconic singer boasted of having a magnificent four-octave vocal range.

With his awe-inspiring stage presence and dominating vocals, Queen became a worldwide famous musical band. Freddie however passed away at the young age of 45 from Bronchopneumonia which resulted from AIDS. Before his death, his net worth was estimated to be around £50million. Freddie's last vocal performance which was his last hit was a song called 'Mother Love'. If you're interested in Freddie Mercury quotes, or quotes about him, or Freddie Mercury quotes from their songs, then keep on reading.

Check out [Queen quotes] or Elton John quotes too.

Enlisted below are some of the best Freddie Mercury quotes.

2. "My soul has painted like the wings of butterflies, Fairy tales of yesterday will grow but never die, I can fly, my friends."

- Freddie Mercury, 'The Show Must Go On'.

3. "The concept of Queen is to be regal and majestic."

- Freddie Mercury, 'Standing Up For Queen'.

4. "I always knew I was a star, and now the rest of the world seems to agree with me."

5. "If you see it, darling, then it's there! With every single beat of my heart. Every single day of my life."

6. "If I had to do it all over again? Why not, I would do it a little bit differently."

7. "Oh, I was not made for heaven. No, I don't want to go to heaven. Hell is much better. Think of all the interesting people you're going to meet down there!"

8. "The reason we're successful, darling? My overall charisma, of course."

10. "We've gone overboard on every Queen album. But that's Queen.'

11. "When I'm dead, I want to be remembered as a musician of some worth and substance."

12. "I think my melodies are superior to my lyrics."

14. "I am a romantic, but I do put up a barrier around myself, so it is hard for people to get in and to know the real me."

15. "Money may not buy happiness, but it can damn well give it!"

17. "I'm so powerful on stage that I seem to have created a monster."

19. "I want to lead the Victorian life, surrounded by exquisite clutter."

20. "Does it mean this, does it mean that, that's all anybody wants to know. I'd say what any decent poet would say if anyone dared ask him to analyze his work: if you see it, darling, then it's there!"

23. "Led Zeppelin is the greatest. Robert Plant is one of the most original vocalists of our time. As a rock band, they deserve the kind of success they're getting."

24. "This thing called love, it cries like a baby in a cradle all night. It swings, it jives, it shakes all over like a jellyfish. I kinda like it."

25. "In terms of love, you're not in control and I hate that feeling. I seem to write a lot of sad songs because I'm a very tragic person. But there's always an element of humor at the end."

27. "I am loved by thousands, but I feel like the loneliest man in the world."

28. "Excess is part of my nature. Dullness is a disease."

30. "Montserrat Caballé is sensational. She has that same kind of emotion as Aretha Franklin. The way she delivers a song is so very natural."

- Freddie Mercury, 'I Am The Champion'.

31. "The most important thing is to live a fabulous life. As long as it's fabulous I don't care how long it is."

with every single beat of my heart."

33. "A lot of my songs are fantasy. I can dream up all kinds of things. That's the kind of world I live in."

34. "Jimi Hendrix is very important. He's my idol. He sort of epitomizes, from his presentation on stage, the whole works of a rock star."

35. "Can you imagine how terrible it is when you've got everything and you're still desperately lonely? That is awful beyond words."

36. "In the early days, we just wore black onstage. Very bold, my dear. Then we introduced white, for variety, and it simply grew and grew."

39. "My songs are like Bic razors. For fun, for modern consumption. You listen to it, like it, discard it, then on to the next. Disposable pop."

Here are the best quotes on Freddie Mercury as said by other eminent personalities, that will make you see him a little bit differently.

40. "Every band should study Queen at Live Aid. If you really feel like that barrier is gone, you become Freddie Mercury. I consider him the greatest frontman of all time."

- Dave Grohl, 'Dave Grohl: How To Make An Arena Feel Like A Punk Club'.

41. "Freddie Mercury was a huge source of inspiration to me as a child."

42. "Of all the more theatrical rock performers, Freddie took it further than the rest... he took it over the edge... "

44. "The difference between Freddie and almost all the other rock stars was that he was selling the voice."

45. "Freddie Mercury was - and remains - my biggest influence."

46. "I lost somebody who I thought was my eternal love … When he died I felt we'd had a marriage."

Best Quotes From The Hits Of Queen

Is this just fantasy?”

49. "Steve walks warily down the street

With his brim pulled way down low

Ain't no sound but the sound of his feet

I ain't gonna face no defeat.”

51. "I'm a shooting star leaping through the sky

Playing in the street, gonna be a big man someday.”

53. "She keeps her Moet et Chandon

In her pretty cabinet

'Let them eat cake', she says

54. "So don't become some background noise

A backdrop for the girls and boys."

55. "Who wants to live forever

Who dares to love forever."

- 'Who Wants To Live Forever'.

56. "We are the champions, my friends

And we'll keep on fighting till the end."

The light of the night burned bright".

I can't get over the way you love me like you do."

every single day of my life.”

When I walk out that door

No time for losers

'Cause we are the champions of the World.”

62. “Who dares to love forever

When love must die.”

- 'Who Wants To Live Forever'.

You've yet to have your finest hour.”

64. “I'm a racing car passing by like Lady Godiva

There's no stopping me.”

And no-one's gonna stop me now.”

66. “You got mud on your face, you big disgrace

Kicking your can all over the place, singin'

We will, we will rock you."

No escape from reality.”

Look up to the skies and see."

Doesn’t really matter to me.”

70. “I just gotta get out of this prison cell

Find me somebody to love."

But committed no crime."

Without you when you're gone.”

73. “Are you happy are you satisfied?

How long can you stand the heat.”

Gotta leave you all behind and face the truth.”

And my curtain calls

You brought me fame and fortune

And everything that goes with it

I thank you all.”

Here at Kidadl, we have carefully created lots of interesting family-friendly quotes for everyone to enjoy! If you liked our suggestions for Freddie Mercury quotes then why not take a look at [David Bowie quotes], or Prince quotes.