55 Best Gaming Puns To Console Yourself 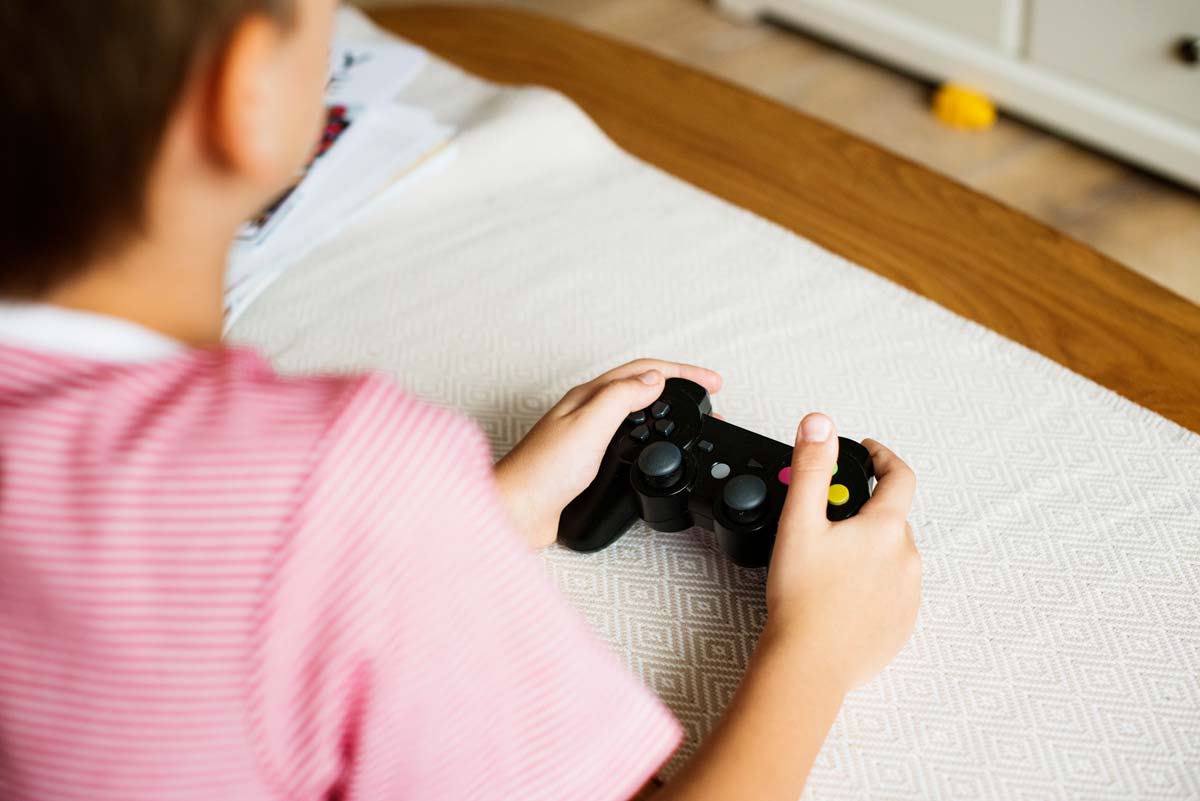 Here at Kidadl, we just can't get enough of video games!

Did you know that the first ever video games were created by scientists in the '50s as a research experiment? So next time your parents are annoyed with you for playing too many games, you can try telling them that being a gamer is just doing science experiments.

We know that playing video games sometimes gets a bad rap, but playing age-appropriate games can actually have some awesome benefits. They can improve our reading and problem-solving skills, and help us to make new social connections, online and in real life. Whether you're a hardcore game or just a casual fan, we're pretty sure we have got some of the best game jokes out there on the internet. From Minecraft to Pokemon to Super Mario, you'll see we've got all the classics covered, but if you just can't get enough, you may want to check out our gamer jokes or Pokemon jokes articles where you'll find many more awesome jokes.

If you love everything there is about video games, and can't get enough of the huge variety of games out there, this video pun list is definitely going to make you laugh.

1. I hate when people react when they play games and get told they "can't go any further." Seriously, it's like they think it's the end of the world.

2. Gamers and famous musicians have one complaint in common. The fans are way too noisy.

3. Gamers don't take hot showers. They like to take steamy ones.

4. Me and my boyfriend were completely in love, but we just couldn't be together. We were not on the same level.

5. My girlfriend told me our relationship was over because I was spending too much time playing games. I think it may have been my Destiny 2 break up with her.

6. I tried to go to a bar in Minecraft. The bartender wouldn't let me order a drink, he said they don't serve miners.

7. Once you play online for over 10 hours, you are taken to a webpage of video game puns. It's a site for sore eyes.

8. Garbage men are the best team mates. They're used to carrying trash.

9. My gamer friend was eating pasta while he was playing. He shouted, "Spaghottem boys!"

10. My mom asked a man if playing video games caused real life health effects. He said yes, and she asked how he knew. He told her he had a hunch.

11. You can always find out when a party is for a gamer by the number of streamers.

12. I knew a pro gamer who started testing politics simulator games. He was a pro-tester.

13. I absolutely love the new update on Minecraft. It's groundbreaking.

14. My friend was so angry when he lost at the video game we were playing, that he smashed up his keyboard. He definitely lost Control.

15. I knew a guy who was a terrible gamer. His name was Ezekiel.

16. I met my gamer boyfriend while we were playing online. It was love at first site.

17. A botanist was playing Minecraft, and had to become a math teacher. He needed to calculate the cubic root.

18. I went to see the Minecraft movie. It was a total block buster.

20. I didn't want to play with my friend on Minecraft, so I blocked him.

21. I started making fun of the official Minecraft twitter account last week. I was gutted when they blocked me.

22. My best friend fell out with me for talking about games too much. I personally think that was a silly thing to Fallout 4.

There's no denying that every gamer has one console that they think is the absolute best - the question is, which one is your favourite? These console jokes are perfect for having a laugh over which consoles rule and which ones drool.

23. The PC gamer was denied entry to a night club. It was exclusive.

24. My gamer friend baked me a loaf of bread the other day, and it tasted a bit weird. I asked what he's used, and he told me it was Nintendough.

25. I wanted to make a Nintendo joke, but it was Wii too hard for Mii to think of one.

26. I broke up with my console. Now it's my ex-box. It wasn't anything personal, I just felt like it was time for a switch.

27. I like to play Playstation after I have a fight with my brother. It helps to console me.

28. I asked a French man if he played video games. He said Wii.

30. If I don't play games for a week, I start to become really upset. I need to console myself.

31. My friend tried to make a new online platform to meet new gamer friends, but he didn't know what he was doing. It was a sorry site.

33. My gamer boyfriend broke up with me, and I was really gutted. He told me I just didn't meet his Xboxtations.

34. PC gamers can't use Uber. There are too many incompatible drivers.

35. Mike Tyson hates people who play Playstation. It's may be because he's an Xboxer.

36. I walked in on my Xbox crying the other day. I didn't know what to do, but I tried to console it.

37. The console gamer got a terrible headache when he went to the art museum. There were too many frames.

38. I'm thinking about making an app that suddenly closes whatever you're playing and opens up a completely different one. I think it's going to be a game changer.

Technology changes all the time, and graphics are better and better every year, but you just can't beat the classics when you're looking for good old fashioned fun.

39. Mario has a rule that he never looks things up online. He's scared of Browsers.

40. French Mario is good at telling fortunes. He uses his L'ouija board to see the future.

41. I'd definitely recommend for any gamer to pre-book tickets for the new Sonic movie that's coming out. Tickets are going fast.

43. Try as hard as you can, but I promise, you just can't blindfold a Pokemon. It's always going to Pikachu.

44. I asked a Nintendo fan to help me change a light bulb. He wasn't very helpful, he just kept playing with the switch.

45. Does anyone know what happened to the Tetris movie? Every piece was in place but it just disappeared.

46. Donkey Kong always wears a tie because he has important monkey business he needs to attend to.

47. Did you know that William Shakespeare was the first ever gamer? He owned a Midsommer Night's Dreamcast.

49. Pokemon love reading. Their favourite book is "The Great Ghastly."

50. I told a Pokemon some of my favourite gamer jokes, but he didn't like them. He said he was unaMewsed.

51. I tried to go left when I was playing Super Mario. It was wrong on every level.

52. I saw a poster for Donkey Kong the other day which made no sense. For real, I DK what it meant.

53. Wouldn't it be so nice if Sonic added an E to the end of his name?

54. I tried to get some Pikachus to get on a bus the other day. It was tough, in the end I had to poke em on.

55. Playing Tetris has taught me an extremely valuable life lesson. If you fit in, you're going to disappear. 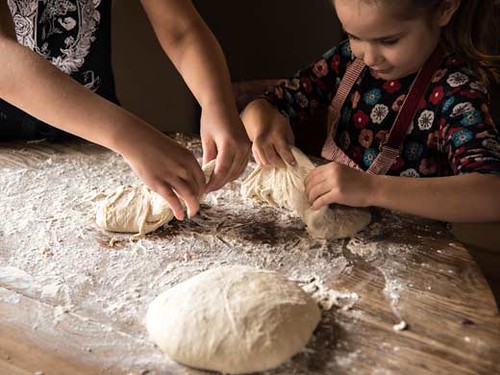 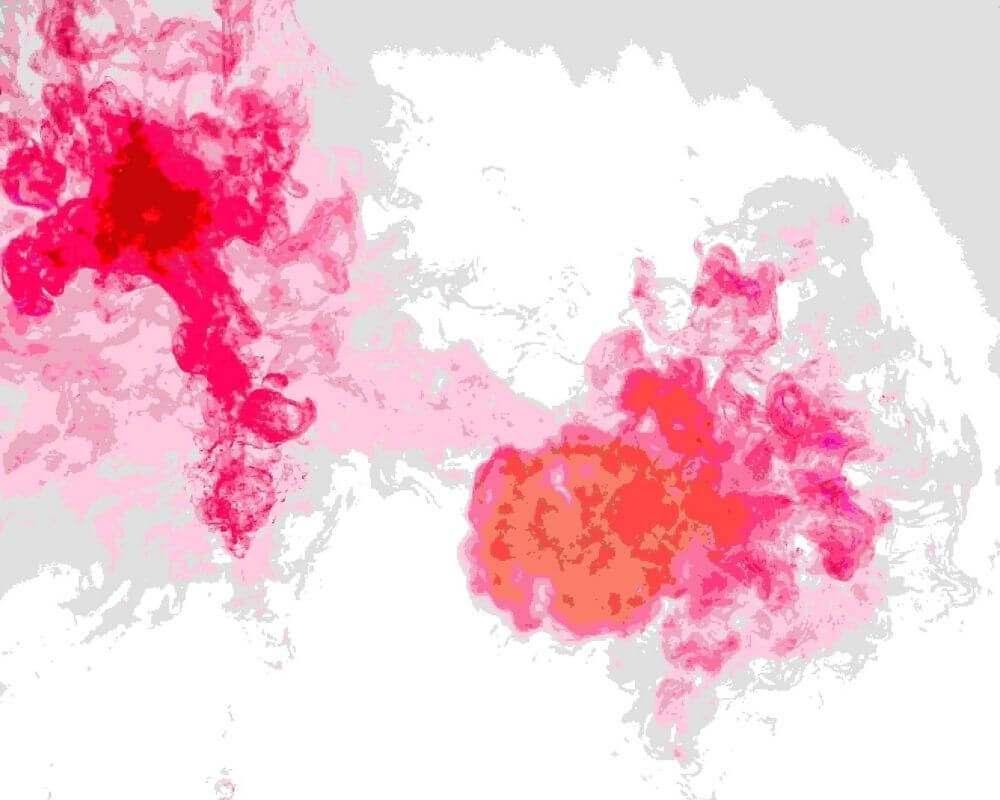 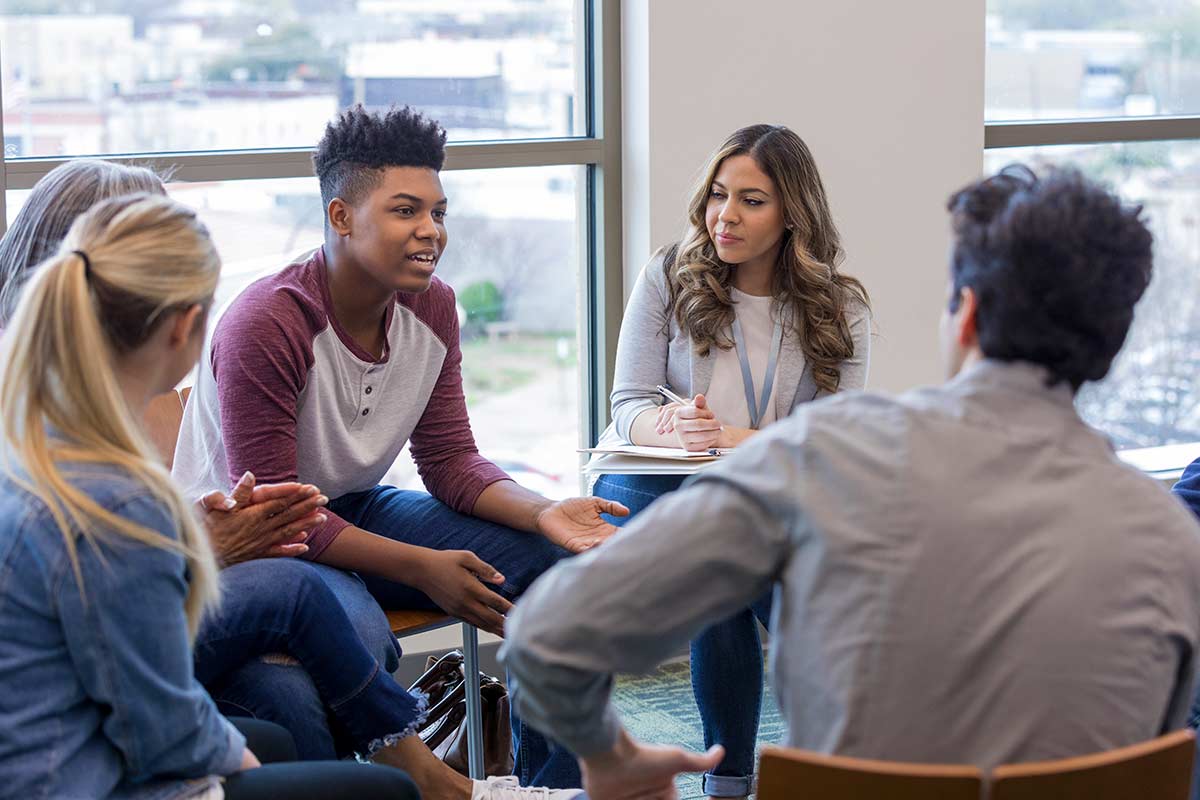 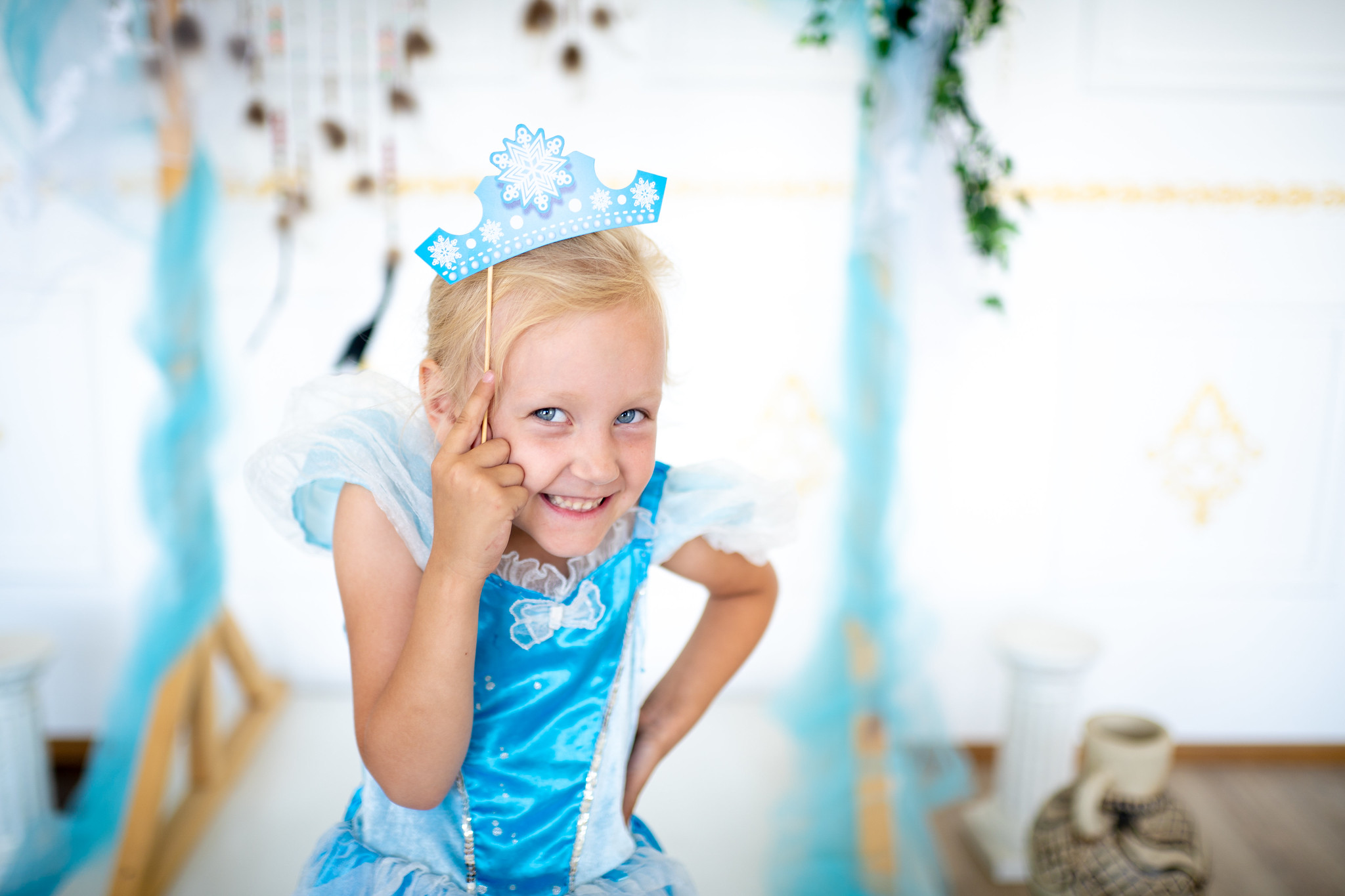 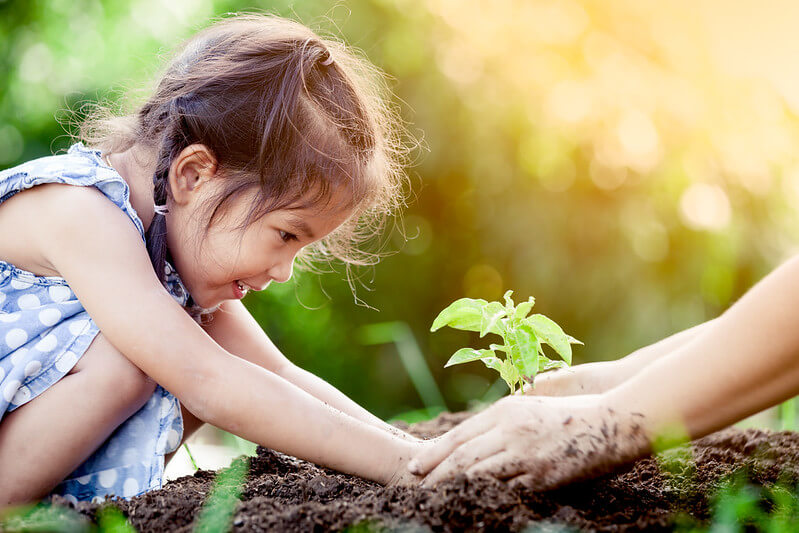