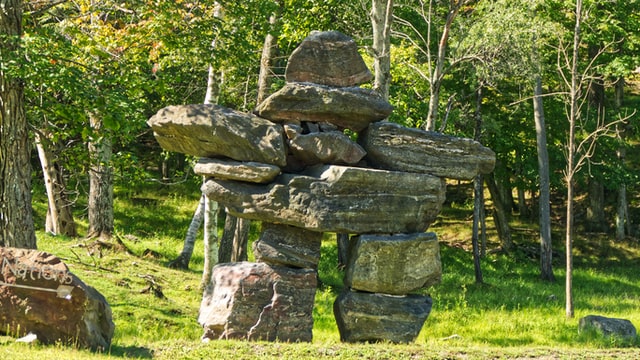 Geronimo quotes are a perfect blend of wisdom and truth about life, that would spread the word by the chief, the prominent leader, Geronimo.

Geronimo was born in 1829 in Arizona when claimed by the Apache folks and even the Mexican Government. Geronimo was the Apache chief and the medicine man of the Apache tribe who died in Oklahoma in 1909.

Geronimo was first known by the name Goyahkla that is 'the one who yawns' but later on, as a bold young man he got he won the name 'Geronimo' by standing against the Mexicans. Still, it is a matter of debate, and people are trying to find true reasons behind the name Geronimo. Geronimo, the Apache chief, died in 1909 and has two surviving descendants, Lenna and Robert. These Geronimo quotes are really inspiring and authentic.

If you like what you read, you could also check out [nature quotes] and Sitting Bull quotes.

Here are some Geronimo quotes about life by the chief to open minds and inspire people.

1. "I was no chief and never had been, but because I had been more deeply wronged than others, this honor was conferred upon me, and I resolved to prove worthy of the trust."

- Geronimo, 'Geronimo's Story Of His Life '.

2. "Wisdom and peace come when you start living the life the creator intended for you."

3. "I should never have surrendered. I should have fought until I was the last man alive."

5. "So many of our people died that I consented to let one of my wives go to the Mescalero Agency in New Mexico to live. This separation is according to our custom equivalent to what the white people call divorce, and so she married again soon after she got to Mescalero."

- Geronimo, 'Geronimo: The True Story of America's Most Ferocious Warrior'.

6. "I cannot think that we are useless or God would not have created us. There is one God looking down on us all. We are all the children of one God. The sun, the darkness, the winds are all listening to what we have to say."

7. "In the beginning, the world was covered with darkness. There was no sun, no day. The perpetual night had no moon or stars."

8. "We had no churches, no religious organizations, no sabbath day, no holidays, and yet we worshiped."

9. "We are vanishing from the earth, yet I cannot think we are useless or else User would not have created us. He created all tribes of men and certainly had a righteous purpose in creating each."

- Geronimo, 'Geronimo's Story Of His Life'.

10. "I was living peaceably and satisfied when people began to speak badly of me."

11. "Sometimes the whole tribe would assemble to sing and pray; sometimes a smaller number, perhaps only two or three. The songs had a few words but were not formal."

'Geronimo: An American Legend', a movie released back in 1993, directed by Walter Hill. This historical movie was written by John Milius and talked about the story of the Apache leader and Lt. Charles Gatewood, a former confederate who admired Geronimo who later got imprisoned until death. So here are some Geronimo movie quotes which you would definitely like and spend your day with.

12. "George Crook: How many White-Eyes did you kill since you left Turkey Creek?

Geronimo: Maybe fifty. Maybe more. How many Apaches do you kill?

Geronimo: So did you."

13. "George Crook: A lot of white-eyes want to see Geronimo hanged for murder.

Geronimo: Not murder. War. Many bad things happen in war."

15. "I heard you were wearing the blue coat. I did not believe it. Now I know your heart."

Geronimo: Not so great; I aim for his head."

17. "Gatewood: It makes my heart glad to see Geronimo. How's the life of a farmer?

Geronimo: Some Apaches are good farmers. Others miss the old way. I am not good farmer, Gatewood."

18. "With all this land, why is there no room for the Apache? Why does the White-Eye want all land?"

Geronimo's quote is a true definition of wisdom and life. He died in 1909 but left many inspirational works.

19. "My body is sick, and my friends have thrown me away. I have been a very wicked man, and my heart is not happy."

20. "Once I moved about like the wind. Now I surrender to you, and that is all."

22. "I know I have to die sometime, but even if the heavens were to fall on me, I want to do what is right."

23. "If an Apache had allowed his aged parents to suffer for food or shelter, if he had neglected or abused the sick, if he had profaned our religion, or had been unfaithful, he might be banished from the tribe."

24. "I think I am a good man, but in the papers all over the world, they say I am a bad man, but it is a bad thing to say so about me. I never do wrong without a cause."

25. "I see that white people have found a way that makes them good and their hearts happy. I want you to show me that way."

Here at Kidadl, we have carefully created lots of interesting family-friendly quotes for everyone to enjoy! If you liked our suggestions for Geronimo quotes, then why not take a look at [outdoor quotes] or [Native American quotes]?