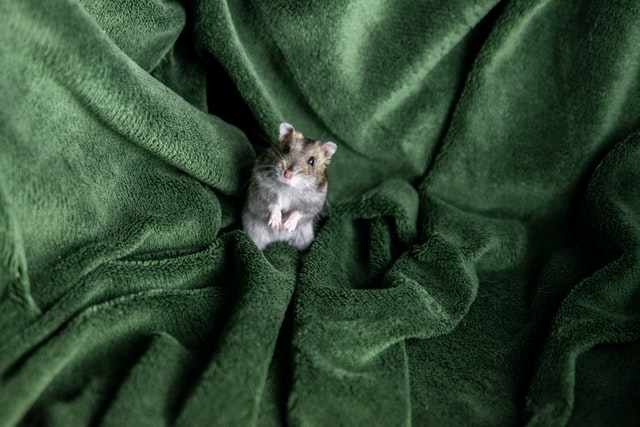 Thinking of getting the cutest rodent hamster as your new pet?

Hamsters are recently being considered as one of the popular small house pets. So if you are planning to get a hamster for yourself, searching for a cute hamster name is a must.

Did you know there are 18-19 types of Hamster breeds? Out of these the golden or the Syrian hamster are most commonly kept as pets. A few people prefer to get a dwarf hamster too. Though it's a choice based topic, being able to choose the right name for your best and favorite breed of hamsters is yet another choice based task one needs to go through.  Zelda, Lily, Amber, Cashmere, Buttercup are a few cute and popular female hamster names. Apart from these, Yogi, Ash, Bandit, Fuzzy, Chomper are a few good male hamster names. The plus point of choosing a perfect name for your little hamster is that they soon respond to their name as hamsters are an intelligent breed of rodents and remember their names.

If you want more names for your little pets, then you can look at our articles on Rat Names and Guinea Pig Names.

Naming male hamsters based on gender is the first way to finalize a few options. Here's a list of some cutest hamster names for your pet male hamster.

1. Ace (Latin origin) meaning "one who excels"; a super name for animals.

2. Aiden (Celtic origin) meaning "fiery". Among the cute names for hamsters who are passionate.

3. Ash (Old English origin) meaning "remains after a fire". A great name for a grey-furred hamster.

9. Cooper - Meaning "a barrel maker"; is one of the cute hamster boy names.

16. Gus (Latin origin) meaning "to increase"; is short for Augustus or Gustav and makes for a cute hamster name.

18. Jo Jo - Meaning "Monday born"; is a cute unisex hamster name for your Syrian hamster. Also a popular name for a pet after the movie 'Jojo Rabbit'.

19. Larry (English origin) Meaning "laurels"; is one of the simple and cute hamster names.

29. Pablo (Spanish origin) meaning "small and humble"; is a cute name for animals like a hamster, rabbits, guinea pigs, turtles, and more.

30. Po - Meaning "night"; is a cute one syllable hamster name for your dwarf hamster.

39. Tiny (Middle English origin) meaning "little one"; is one of the perfect unisex cute hamster names.

41. Yin (Chinese origin) meaning "in the shade"; is one of the catchy names for your dark, ash-color hamster.

Females amongst the hamster family also have some famous as well as unique names. Here's a list of pretty hamster names, specifically for your cheese-loving furball.

44. Alice (Old French origin) meaning "noble"; a popular name amongst females and a sweet one especially for your hamster pet.

48. Bunny - Meaning "little rabbit"; one of the cute hamster pet names for the fluffy look-alike.

49. Cashmere (English origin) meaning "soft silk wool"; is a unisex hamster name that can be used for cute dwarf hamsters.

53. Cressida (Greek origin) meaning "gold"; made a perfect match for the golden-haired hamster.

54. Cuddles (Scottish origin) meaning "to embrace or a donkey"; irrespective of the latter meaning this name is perfect for your cuddling pet as a hamster loves to cuddle.

55. Dia (Spanish origin) meaning "day". Among the meaningful hamster names for a hamster who brightens up your day.

57. Donut - Meaning "a sweet"; A sweet and good name for your hamster.

63. Honey - Meaning "sweet"; what better endearment than this for your cute little honey-colored dwarf hamster?

70. Lucy -  Meaning "light"; is quite a common girl perfect for your winter white and bright pet hamster.

72. Maggy (English origin) meaning "pearl"; is quite a playful name for a hamster.

73. Melanie (Greek origin) meaning "black"; one of the cute hamster names for your solid-colored shiny one.

76. Nyx (Greek origin) meaning "of the night"; associated with the Greek Goddess of night, great name for a hamster.

81. Precious (English origin) meaning "treasure"; is one of the common dwarf hamsters' names.

83. Sherry (American origin) meaning "darling"; an endearment that is perfect for the cuddly hamster.

84. Skittles (American origin) meaning "loved by all"; a popular American name can be used for the sweet hamster.

85. Snookums - Meaning "an endearment"; used for a hypothetical person or newlyweds forms one of the cute hamster names for girls.

93. Zelda (Yiddish origin) meaning "happy"; one of the girl names that fits all the cute hamster name ideas.

Cool And Funny Hamster Names For Your Pet

Be it Russian dwarf hamsters or a Syrian hamster, cool or funny hamster names are what always win the pet names charts. Here are a few popular hamster names that can be used by any breed of a hamster.

94. Budweiser (M) - Meaning "brewed beer"; one of the funny names for your hamster.

96. Chewy (M/F) (American origin) meaning "likes to chew"; one of the best names that goes with the hamster personality.

100. Nibbles (M/F) - Meaning "who likes to nibble"; the diet focused name for your cutie hamster.

104. Puny (M/F) - Meaning "minor"; this name takes inspiration from the size of your hamster.

Kidadl has lots of great names articles to inspire you. If you liked our suggestions for hamster names then why not take a look at Ferret Names, or for something different take a look at Hamster puns.