47 Best Hawk Names For Your Bird Of Prey 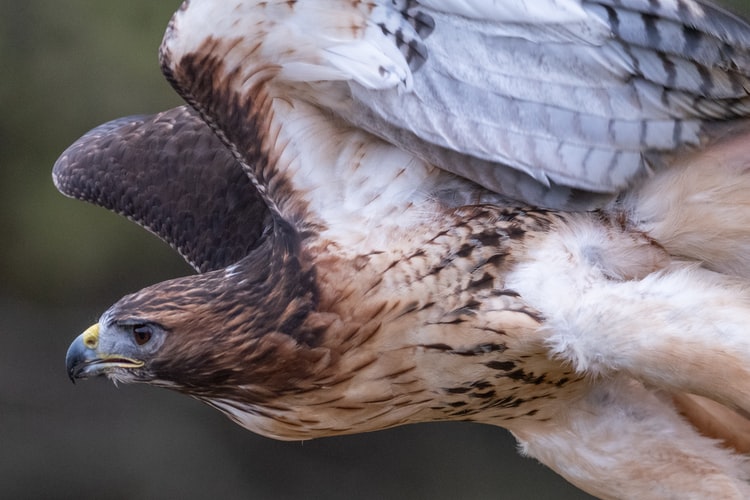 There are various types of hawk, including the red-tailed hawk, osprey, large tailed hawk, Cooper's hawk, and the black kite.

These magnificent birds are much loved and deserve imaginative and powerful names. There are even Gods represented as hawks in different cultures, such as Horus, a Greek God who has a falcon head.

These species have distinctive features in their color, size, behavior, visuals and prey techniques. We have put together a list of the best hawk names to inspire you, including falcon names, names meaning "a bird of prey" or names meaning "hawk".

For more check out these crow and raven names and these turkey names.

Find a strong name for common hawk types such as a grey hawk, red kite or circinae with this useful list!

1. Aurora: Is one of the most powerful hawk names.

2. Blitz: This name will be perfect for your speedy and fast moving hawk.

3. Captain Gusty: This falcon name depicts the powerful quality of a strong gust.

5. Chayton: Is another good strong name for hawks.

6. Hawky: Is one of the most common and strong names for eagles.

7. Henery Hawk: The name is inspired from the cartoon character from the 'Merrie Melodies' and 'Looney Tunes'.

8. Jet: The name is a fictional character from 'Sonic The Hedgehog'.

9. Lightning: One of the most suitable names for your eagle that depicts its bright shine in the sky during flight.

10. Redwing: Will be the most appropriate name for red winged preying birds.

11. Scratchers: This name is perfect for a hawk with sharp claws.

12. Skyhawk: Fits falcons the best as they fly really high.

13. Thunder: This powerful name is perfect for your hawk.

14. Tiberius: Another strong name for your hawk who is the King of the sky.

15. Wingo Starr: A play on the name Ringo Starr, drummer from the Beatles.

Are you looking for a name meaning "hawk"? This list has plenty of suggestions for you!

Falcons and hawks are sometimes named in a funny and punnyway. If you are looking for a name that means "hawk" but that will make people giggle, have a look at our suggestions here.

36. Chick Jagger: You can use this chicken name for your pet eagle or hawk, a play on the name Mick Jagger.

38. Edie Falcon: This pun name for your large bird of prey is inspired by actress Edie Falco.

40. Flappers: The name describes the nature and behavior of your pet bird.

41. Marty McFly: Inspired by a fictional character of the same name from the science fiction film 'Back To The Future'.

43. Quackie Chan: This funny name is inspired by Jackie Chan.

45. The Godfeather: Why not name your predatory birds after the popular film 'The Godfather'?

46. Tony Hawk: This name is inspired by professional skateboarder Tony Hawk, who is known for his skating speed.

47. Tweety: Perfect for a small bird of prey.