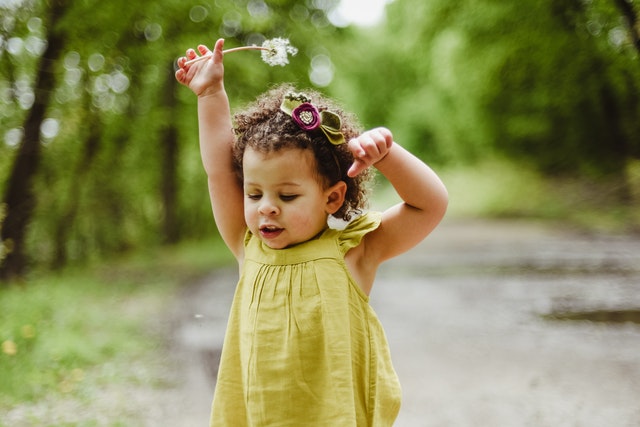 In the early 18th century, the aboriginal language was first introduced to the Western world by indigenous people in Australia.

These isolated indigenous groups called Aboriginals are known to have some compelling and different names. This is the quality that attracts many people and their attention to their culture and their aboriginal languages.

The indigenous Australian groups gave their children some unique names, which had managed to enthrall even the Europeans who had first colonized Australia at that time. There is a particular tribal essence and deep tone attached to an aboriginal name, making them quirky and distinctive. Here is the list of such unique and captivating indigenous aboriginal names for boys and girls.

If you like our suggestions for different names, then check out these other articles Australian Boy Names and Australian Girl Names.

A boy name which has indigenous aboriginal history ingrained in it sounds impressive, right? Take a look at the list of some of the unique indigenous boy names.

3. Birrani meaning "a boy". This name is mostly used by Wiradjuri people from the New South Wales side area of Australia.

5. Burnum meaning "great warrior". Australian aboriginal actor and author Burnum Burnum is known by this name. He was known as the Yorta Yorta man in the southern part of New South Wales.

10. Djalu meaning "lightning". This name is associated with famous didgeridoo or yidaki player Djalu Gurruwwiwi. He is counted as one of the finest craftsmen in the world.

12. Dural meaning "gully; valley". This name is linked with a rural suburb in Sydney.

13. Ernie - This name is associated with Indigenous Australia actor and comedian Ernie Dindo.

14. Goonagulla meaning "sky". An insightful name to give to your son.

15. Harold - This name is associated with Australian aboriginal activist and tenor Harold Blair.

16. Jiemba meaning "the laughing star". One of the unique indigenous names for boys.

17. Kev - This name is linked with Indigenous Australian singer and songwriter Kev Carmody.

19. Lou - Indigenous musician and actor from Australia, Lou bennet has this name.

20. Mangana - This name is linked with Tasmanian aboriginal Trugernanner's father, who was the leader of a band of the south-east tribe.

23. Nullah meaning "hunting stick". This name is made popular by Brandon Walter's character from the movie 'Australia'.

24. Omeo meaning "mountains; hills". A beautiful name to give to your little boy.

26. Seaman is the name of the famous Torres Strait islander singer and songwriter, Seaman Dan, who has won many international awards is known by this name.

27. Tidam meaning "star". This name comes from the Waghiwoori tribe.

28. Warragul meaning "wild dog". This is the name given to native dingos, which are found in Australia.

29. Yarramundi meaning "deep water". One of the unique aboriginal baby names for boys.

Girl aboriginal names are beautiful and one of a kind. Here is a list of some of the pretty and sweet indigenous girl names.

30. Adaliya meaning "rainbow serpent spirit". This name is common in the northern part of Australia.

32. Bindi meaning "butterfly". This is the name of the language spoken in the western part of Australia.

33. Deborah is the name of Aboriginal Australian actor Deborah Cheetham.

34. Ellin meaning "wish". It is regarded to be an aboriginal word.

35. Everlyn meaning "long-lasting love". Bardi Australian aboriginal descendent actress Everlyn Sampi has this name. She is known for her character Leonie from the Australian drama 'The Circuit'.

36. Jannali meaning "moon". One of the beautiful aboriginal baby names for girls.

37. Jedda meaning "little wild goose". This name is made famous by the Jedda character from the movie 'Jedda', which has all the aboriginal actors.

41. Lowanna meaning "girl". This name is known to be the opposite of the boy name Birrani.

43. Maroochy means "black swan" in the Kabi language of the Aboriginals. This name is associated with famous Australian aboriginal singer Maroochy Barambah.

44. Myaree meaning "foliage". It is the name of the suburb in Western Australia.

45. Pipipa meaning "sandpiper". It is considered to be an aboriginal name.

49. Shellie meaning "meadow on a ledge". Popular Indigenous Australian singer and songwriter Shellie Morris, known for her folk music and acoustic ballads, have this name.

51. Yindi meaning "to descend; mother; sun". It is considered to be a common aboriginal girls' name and is famous among aboriginal people.

Australian indigenous names are known for their authenticity and tribal culture. Scroll down for a list of some of the prevalent and famous Australian aboriginal boy names.

54. Banjo meaning "to move". One of the unique musical aboriginal boys' names.

55. Bouddi meaning "heart". This name is associated with the famous national park in Australia.

56. Colebee is a name associated with famous Australian aborigines and is also kept as a name of a land grant and has a state heritage significance.

58. Djarrtjuntjun meaning "roots of the paperback tree". This name is made famous by Australian aborigine musician and educator Djarrtjuntjun Yunupingu.

59. Gawurra is the name made famous by Australian aboriginal singer and songwriter Gawurra Gaykamangu.

61. Illuka meaning "near the sea". This is a great name for your son.

62. Jabiru is the term used for the black-necked stork by the aboriginals of Australia.

65. Kaiya meaning "spear". This makes up for the unique aboriginal baby boy name.

68. Lue meaning "chain of waterholes". Name of a small village in South Wales.

70. Mangana is the name linked with the father of Truganini, who was a Tasmanian aboriginal.

75. Tau meaning "twilight; dusk". One of the cute and short aboriginal baby names.

Australian aboriginals are known to be supremely talented, and this led to their popularity in different industries. Here are some of the common and popular aboriginal girls names.

78. Alinta meaning "flame". This name is associated with the main character of the 1981 series 'Women of the Sun'.

80. Allira meaning "clear crystal quartz". It is known to be the variation of the aboriginal word 'allirea'.

81. Allora meaning "the Lord is my light". This name is associated with the name of a town in Queensland.

84. Biralee meaning "baby". This name is considered to one of the popular Australian aboriginal indigenous names for girls.

85. Brindabella meaning "two kangaroo rats". This aboriginal name is associated with the Brindabella mountain range, located on the border between the Australian capital territory and New South Wales.

86. Cardinia meaning "look to the sunrise".

88. Elanora meaning "home by the water; home by the sea". It is the name of the suburb of the city of Gold Coast in Queensland.

90. Kalina meaning "love; affection". A perfect name to give to your beloved daughter.

93. Karri is known to be an aboriginal word for "eucalyptus tree".

94. Kirra meaning "leaf; to live". This name is made famous by the lead character in the musical 'Xanadu', played by Olivia Newton-John.

96. Lenah meaning "kangaroo". It is the name of the suburb in Hobart.

98. Marlee meaning "elderberry tree". It is considered to be a beautiful aboriginal name for a baby girl.

100. Merindah meaning "beautiful". This can be a great name for girls all around the world.

101. Merri meaning "very rocky". This name is associated with the name of the creek in south Australia and is indicated as a mark of large gatherings of the Wurundjeri people.

102. Mia meaning "house; home". It is thought of as one of the popular aboriginal names for a girl in Australia.

103. Oodgeroo meaning "paperbark tree". Well-known aboriginal Australian artist and educator who had campaigned for Aboriginal rights, Oodgeroo Noonuccal has this name. She was best known for her unique and powerful poetry.

104. Talia meaning "near waters; gentle dew from heaven". It is the name of a coastal town in South Australia.

106. Thoomi is derived from the Aboriginal language Adnyamathanha. Thoomi is the name of the main character in the Australian movie 'Cargo'.

107. Tidam meaning "star". This a beautiful indigenous word suitable for a beautiful name.

109. Watorea meaning "sunset". This name was given to a tropical cyclone that occurred in 1976 near the Australian region.

111. Yalamay is a name associated with the daughter of well known Australian aboriginal artist Topsy Napaljarri.

Kidadl has lots of great baby names articles to inspire you. If you liked our suggestions for Aboriginal names then why not take a look at something different like South African Names or Patriotic Names.